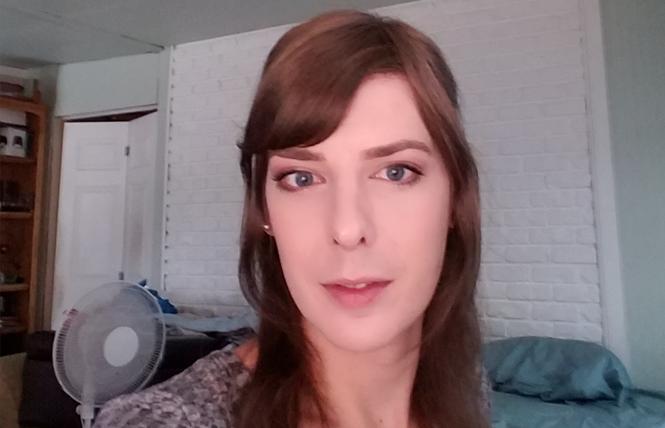 A Fresno County Superior Court judge Tuesday issued a tentative ruling against a trans barista in her lawsuit against Starbucks.

Madison Wade, 29, was already an experienced Starbucks barista when she began her gender transition at a Fresno branch of the national coffee chain. In a complaint filed in Fresno County Superior Court, Wade alleges that her supervisor, Dustin Guthrie, began a campaign of harassment and misgendering soon after she began her transition, forcing her to transfer locations and finally to resign after nine years of employment.

According to the complaint, filed in July 2018, Guthrie refused to use Wade's correct pronouns in her working environment and misgendered her consistently in front of both co-workers and customers. This behavior also included using gendered slang such as "bro" or "dude" to refer to Wade, the complaint says.

At the same time as these events, Guthrie allegedly posted transphobic memes to his personal Facebook page, including deadnaming and deriding Caitlyn Jenner, and an image of John Wayne with the caption: "Cutting your pecker off does not make you a woman. It just makes you a guy who cut off his damn pecker!" Though screencaps of these posts were submitted as evidence in the complaint, Guthrie's page has since been made private. However, his public page likes still include Ben Shapiro, noted transmisogynist pundit and frequent speaker for transphobic causes, as well as Rush Limbaugh and Glenn Beck.

Guthrie refused to comment on the case when contacted by phone, referring the Bay Area Reporter to Starbucks' media relations department.

After this article was published, Starbucks spokesman Reggie Borges reached out to the B.A.R with a comment by phone Thursday, wanting to clarify the company's position.

"We believe that intentional misgendering absolutely does constitute discrimination and harassment," Borges said. "Our request for summary judgment has nothing to do with intentional misgendering, but is more about the bar not being met in this case for harassment. LGBTQ rights area core part of our company identity. We worked with Maddie to get her to a place where she could remain a partner, accommodating a request for transfer. She would be welcome back if she wanted to return."

Workplace guidelines
Starbucks publishes an employee handbook, which refers to employees as "partners." In a section titled, "Workplace Guidelines for Supporting Transgender Partners," the company states that "Refusal to respect a partner's request to be identified by the pronouns of choice is considered disrespectful (e.g., intentionally referring to a partner by a pronoun that does not correspond to the employee's gender identity), and not in alignment with Our Mission and Values." A screencap of this page of the handbook was provided to the B.A.R. by a former Starbucks employee.

Starbucks sought a summary dismissal of this case in a hearing Tuesday, on the basis that consistent misgendering does not meet the standard for harassment, which according to state law must be "severe or pervasive."

Fresno Superior Court Judge Kimberly Gaab issued a tentative ruling in favor of Starbucks, establishing that these conditions do not constitute harassment. Gaab's decision elaborated that Guthrie's conduct did not qualify as outrageous, and that the plaintiff failed to prove significant emotional distress, offering examples from cases of egregious harassment as a guideline of what would qualify.

Gaab denied requests made by local Fresno television stations to film or stream Tuesday's hearing, according to permit requests filed by KFSN and KSEE furnished to the B.A.R by Wade's attorney, Arnold Peter.

Peter spoke with the B.A.R by phone, outlining his fears for the repercussions for trans workers across the state based on the outcome of Wade's case if Gaab's ruling is made final.

"Starbucks has to do whatever is necessary to defend its rights, but they're trying to establish some pretty bad law. They're asking the court to determine that misgendering does not constitute harassment. That's a very dangerous precedent to set in times like these," Peter said.

"There's no legal framework yet for evaluating these conditions. Transgender issues in the workplace are too new, so there aren't any cases to address this issue. The cases that exist mostly deal with male supervisors sexually harassing female subordinates and specifically involve sexually explicit conditions. We're not saying Guthrie said anything disparaging. We're saying that misgendering itself is a big deal. This is a case of first oppression," he added.

Gaab took the case under submission.

Wade echoed the sentiment that her predicament goes beyond just her.

"It's an important case, not just for me but for trans individuals everywhere," she said. "Trans rights are really under threat right now, and it can only get worse if places like Starbucks are allowed to decide that this isn't harassment. There are many transgender partners throughout Starbucks' stores that rely on the safety of corporate supportive policies.

"Starbucks has policies in place that can, and have, transformed the lives of many LGBTQ partners. Unfortunately, it doesn't seem that they have the ability to properly enforce these policies," she added. "There seems to be a severe disconnect from the ideologies put forth by Starbucks Corporate and the policies applied on a local level. Marketing a safe space for LGBTQ partners without the ability to properly execute is like leading people into a buzz saw."

Wade and other transgender people across the nation face daunting employment prospects, even in states like California that have protections in place. A ruling in favor of Starbucks could severely limit recourse for transgender people who are experiencing discrimination in their workplace, advocates said. According to the 2015 U.S. Transgender Survey published by the National Center for Transgender Equality, trans women are four times more likely to be unemployed than cis women.

As part of celebrations for Pride 2019, Starbucks is a sponsor of SF Pride. It is currently selling rainbow-themed merchandise, as well as matching donations to Lady Gaga and her mother, Cynthia Germanotta's Born This Way Foundation, which states its aim as working to "improve access to mental health resources and support organizations around the country who are making a difference for LGBTQ communities and society as a whole."

Representatives for Born This Way Foundation did not respond to a request for comment.

Updated, 6/13/19: This article was updated to include comment from Starbucks.