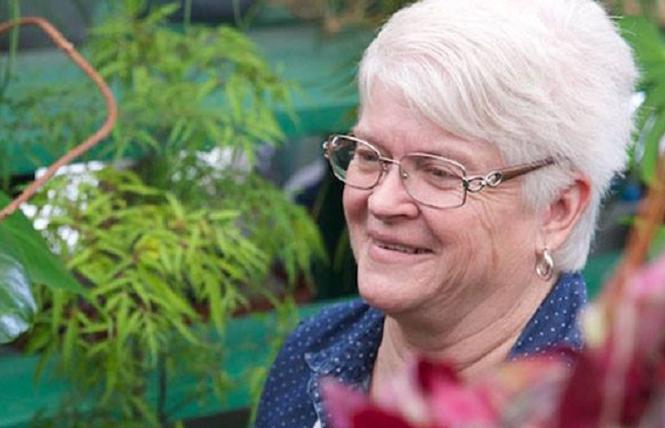 Barronelle Stutzman, the owner of Arlene's Flowers in Washington, is expected to appeal her case to the U.S. Supreme Court.

The U.S. Supreme Court may soon get another chance to consider whether businesses can claim religious motivations for refusing service to LGBT people.

The case likely will come from the Washington state Supreme Court, which ruled last week that a business cannot claim a religious exemption from a state law prohibiting discrimination in public accommodations based on sexual orientation.

Alliance Defending Freedom, a group that has been pushing for such exemptions, said immediately that it would appeal to the U.S. Supreme Court.

The case, Washington v. Arlene's Flowers Inc., has already been to the U.S. Supreme Court once. In June 2018, the court vacated the Washington Supreme Court's initial ruling on the issue, also against the religious exemption. But the high court said last year that the state court should reconsider its decision "in light of" the Supreme Court's decision in Masterpiece Cakeshop v. Colorado.

In Masterpiece Cakeshop, the Supreme Court did not say a baker had a right to refuse to sell a cake to a same-sex couple by citing his religious beliefs. It said the Colorado Civil Rights Commission had demonstrated "clear and impermissible hostility toward the sincere religious beliefs" of the baker.

In its ruling June 6, the Washington Supreme Court said it reconsidered the case and reviewed "substantial new briefing" on the issue and found that the courts that deliberated on the issue "did not act with religious animus" when they ruled a florist violated a state law by refusing to sell flowers to a gay couple.

The Washington case involves Barronelle Stutzman, the owner of Arlene's Flowers in Richland, Washington. Stutzman refused to sell flowers to a gay couple — Robert Ingersoll and Curt Freed. Both the state and the couple sued Stutzman, saying she violated the state public accommodations law. The lawsuits were consolidated.

Lambda Legal Defense and Education Fund submitted a friend-of-the-court brief to the Washington Supreme Court in the original case, in 2017.

"The Washington Supreme Court today again confirmed a simple principle: our precious freedoms of religion and speech do not give businesses a license to discriminate against LGBT people," Jennifer C. Pizer, director of law and policy for Lambda Legal, said in a June 6 statement. "As important, the court also did a careful review and rejected the assertion that there was anti-religious bias in the state courts' consideration of the lawsuit. The florist in this action ... had no plausible basis for claiming there was hostility to her religious beliefs among those deciding her case."

Stutzman, who identifies as a Southern Baptist, told the couple she could not provide flowers for their wedding because of her "relationship to Jesus Christ." The state court noted that she also defended her refusal by pointing to her denomination's position that marriage can be between only one man and one woman. She said she had sold flowers to gay customers but had a policy of "don't take same-sex marriages" because providing flowers to such weddings constituted an endorsement of marriage for same-sex couples.

"However," noted the Washington Supreme Court, "Stutzman acknowledged that selling flowers for an atheistic or Muslim wedding would not be tantamount to endorsing those systems of belief."

In a unanimous decision, the state Supreme Court rejected all of Stutzman's arguments, including that requiring she obey the state's non-discrimination law violates her constitutional First Amendment rights to free exercise of religion, free speech, and freedom of association.

Another case
The U.S. Supreme Court could announce any day now whether it intends to hear an appeal pressed by another group, the Texas-based First Liberty Institute, on behalf of a baker in Oregon who refused to sell a cake to a same-sex couple. That case, Klein v. Oregon, has been on the justices' conference list since February but the court has yet to say whether it will take the appeal.

In March, the Supreme Court declined to hear another appeal on the public accommodations issue from Alliance Defending Freedom. That case, Aloha Bed & Breakfast v. Cervelli, involved the owner of a bed and breakfast in Hawaii who refused to accommodate a same-sex couple. There was no indication of why the court did not take the case.