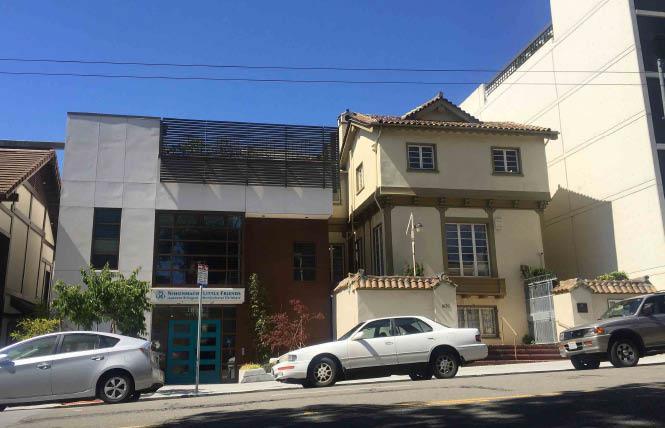 A historic Japantown site with ties to LGBTQ history is on its way to becoming a city landmark. It would be only the second historic property related to San Francisco's Japanese community and the fifth having to do with the LGBTQ community to be granted such recognition.

Earlier this year the property at 1830 Sutter Street was officially listed on the National Register of Historic Places. It is one of three sites in San Francisco with ties to LGBTQ history on the federal register and the fourth property on the West Coast given such federal recognition due to its place in LGBTQ history. The two other sites in San Francisco listed on the National Register partly due to their LGBTQ historical ties are the Women's Building and the Federal Building at 50 U.N. Plaza.

At its meeting Wednesday, November 18, the city's historic preservation commission unanimously voted 6-0 to recommend that the Board of Supervisors approve the city landmark designation for the Japanese YWCA/Issei Women's Building. The vote had been expected, as the oversight body last month had approved moving forward with the building owner's request that it become a city landmark.

"For so many reasons this is such an important building," noted Commissioner Kate Black, adding that it is also an "under-represented landmark type" and is a "building that still retains a high level of integrity. Most importantly, it was designed by master architect Julia Morgan. It is a sensational and unusual building worthy of preservation under an article 10 landmark."

The Japantown building is also now listed in the California Register of Historical Resources, providing some protections to the two-story-over-basement, wood frame structure. Its designation as a city landmark will provide it with even greater protection from seeing its exterior facade from being altered or the building being demolished should it ever change ownership.

Having it become a city landmark will help to promote the story of Issei women, which is "not well known" among the general public, Inamasu told the oversight body.

"It needs to be acknowledged and celebrated," she said. "We are incredibly proud to be caretakers of this historic property."

Inamasu added that it is an "important part of the historic fabric of San Francisco."

Two are gay bar locations — the Twin Peaks in the Castro and the now-defunct Paper Doll in North Beach — and one is the former home to the AIDS Memorial Quilt on upper Market Street. The fourth is the late gay supervisor Harvey Milk's residence and former Castro Camera shop at 573 Castro Street.

At the request of LGBTQ community members and gay District 8 Supervisor Rafael Mandelman, the Board of Supervisors last month instructed city planning staff to also seek city landmark status for the house at 651 Duncan Street in the city's Noe Valley neighborhood a city landmark. It was long the home of the late lesbian pioneering couple Phyllis Lyon and Del Martin and was recently sold by the late couple's family to David R. Duncan for $2.25 million.

The historic preservation commission has until mid-January to take up the matter before sending it back to the supervisors for a final vote on designating it a city landmark. 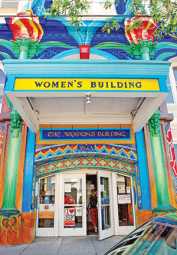