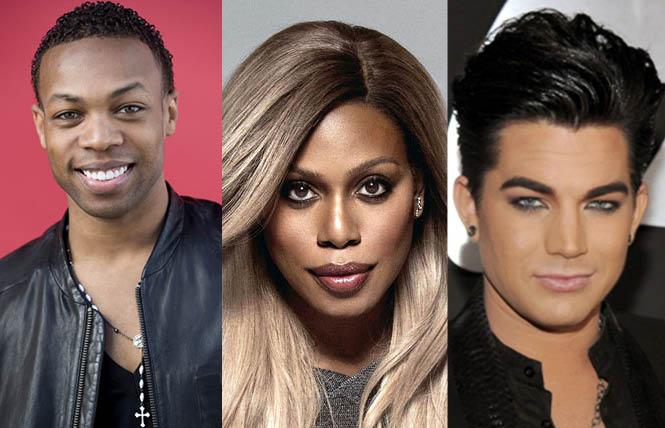 Global Pride — this year's 24-hour virtual celebration of LGBT pride throughout the world — will be centering the Black Lives Matter movement in its programming, according to a Friday afternoon news release.

Due to the cancellation of many in-person Pride festivities this month due to the novel coronavirus outbreak, InterPride and other Pride organizations are putting together Global Pride. The 24-hour stream of music, performances, speeches, and messages of support will be hosted by Todrick Hall on his YouTube channel, which will be livestreamed June 27 on iHeart Radio's YouTube channel and the Global Pride website.

Global Pride has the partnership of 500 different Pride organizations, which are in the process of submitting content. As the Bay Area Reporter previously reported, San Francisco Pride announced June 12 that it, too, will seek to provide a place of prominence to black LGBTQs at a watershed moment in American race relations.

"As a black woman in the LGBTQIA+ community, I feel we must confront the systemic racism and violence facing my black brothers, sisters and nonbinary siblings, in the larger culture and within the LGBQIA+ community. I could not think of a larger platform than Global Pride to do this," Natalie Thompson, co-chair of the Global Pride organizing committee, stated in the Friday news release.

"I am proud to work beside so many diverse colleagues from around the world. Our community knows well that we must confront hate and prejudice head-on. We have been watching an epidemic of violence against trans people of color — mostly women — in the past decade and this larger discussion must be inclusive and all encompassing. All Black Lives Matter," Thompson added.

The lineup announced on Friday includes both political figures and entertainers. Among the political figures who will be speaking as part of Global Pride is former Vice President Joseph R. Biden Jr., who is the Democratic Party's presumptive presidential nominee.

The artists scheduled to perform run the gamut from being LGBT themselves, to being vocal allies, to being musicians whose music is popular in LGBT culture.

Michelle Meow, the former board president of San Francisco Pride and current executive producer for Global Pride, said in the release that the way the event is coming together is reminiscent of the early LGBT rights movement, even though technology has changed.

"Fifty years ago, grassroots organizations came together to plan the first Gay Liberation Day that changed the world, including the Daughters of Bilitis, Gay Liberation Front, Mattachine Society and Lavender Menace," Meow stated. "The production of Global Pride has been planned in the same grassroots manner, but with a 21st century technological twist. LGBTQIA+ people from around the world will come together virtually during this crisis of racial injustice and a pandemic."