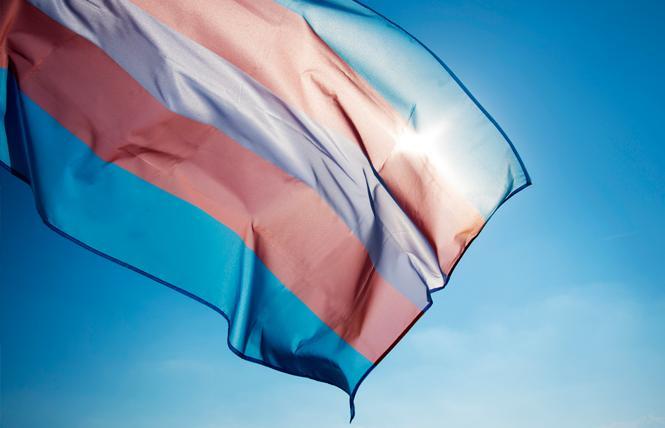 Transgender and nonbinary Americans will soon be able to select an "X" gender marker on U.S. passports. Photo: iStock

The big news that Americans will be able to self-select their gender identity on their passport beginning April 11 is just the latest salvo in an ongoing struggle for nonbinary and transgender folks be able to have their official identities match their lived identities. Slowly, steadily, federal and many state governments are coming around to the idea that people should be allowed to identify themselves in a manner that best conforms with their gender identity rather than the sex to which they were assigned at birth.

The effective date for the new gender marker on U.S. passports was announced March 31 — Transgender Day of Visibility — and was one of several initiatives outlined by the Biden administration, as the Washington Blade reported.

Less than a year after Secretary of State Antony Blinken committed the State Department to updating its procedures to allow passport applicants to self-select their gender as "M" or "F" or "X" without medical certification if their gender selection did not match other identity documents, the change is about to go full swing. Although the State Department issued the first gender-neutral passport last October following a lawsuit filed in 2015 in which Coloradan Dana Zzyym sued the department after it denied their application for a passport with an "X" gender marker, the office will begin issuing gender-neutral passports to the general public next week. The option will be made available for other documents next year.

San Franciscan Matthew Florence, 55, who came out as nonbinary three years ago, said they´re excited about the development but is not sure whether they would adopt the new identifier yet, themselves.

"Would there be negative consequences?" they asked. "If I were to travel to Africa, or an Arabic country, or even somewhere like China, would that cause me unnecessary discomfort and challenges?"

It isn't just passports, however, that are starting to more accurately reflect gender identity — or neutrality. Twenty-one states around the country (as well as District of Columbia) offer gender-neutral driver's licenses, including Zzyym's own state of Colorado, according to the Movement Advancement Project. California enacted its policy in January 2019, and then decreed that gender could no longer be taken into account for auto insurance rates. In an unusual turnabout, that determination, made by the Department of Insurance, resulted in insurance rates dropping for teenaged boys while raising them for teenaged girls, according to an article in CalMatters. In 2021, 4,882 Californians were listed as nonbinary on their driver's licenses. California is also one of just 15 states (and D.C.) that allows a gender-neutral designation on birth certificates, in addition to permitting people to change their gender identity on their birth certificates without gender reassignment surgery.

Last fall, as the Bay Area previously reported, Governor Gavin Newsom signed a bill that prohibits public universities from deadnaming trans and nonbinary students — that is using their former names they were given based on the sex they were assigned at birth — on their diplomas and academic records. Last summer he signed a bill that allows deceased Californians who are nonbinary to be identified as such on their death certificates.

Around the world, numerous countries including Argentina, Australia, Canada, and the Netherlands, allow individuals to designate themselves as nonbinary, while a few others, such as Pakistan and India, allow for a third gender designation.

A big question, so far largely unanswered, is how some countries will react to a passport describing its owner as "X" or nonbinary. The Netherlands, looking for ways to protect its nonbinary citizens when they're abroad, is considering doing away with gender markers in its passports altogether. But the question about safety is certainly on some people's minds.

Florence is still thinking through the various pros and cons of making their nonbinary identity official, though. Throughout an interview with the B.A.R., they actively weighed the benefits against the negatives.

Having that "X" on their paperwork doesn't "feel all that important in terms of how I identify. It's only officials who will be able to see that," they said, although — thinking about it further — it would be seen by bouncers or staff members at clubs or events, they added.

Comparing the experience to that of marriage, Florence said they'd never felt the need to make their long-standing relationship official with marriage "to make my relationship feel valid." On the other hand, they noted, there are certainly benefits to doing so.

"But, from a personal standpoint, it would be the joy of having everything about me true to what I am," they added. "That would be an advantage. Yes, I'm nonbinary, and here's the official document."