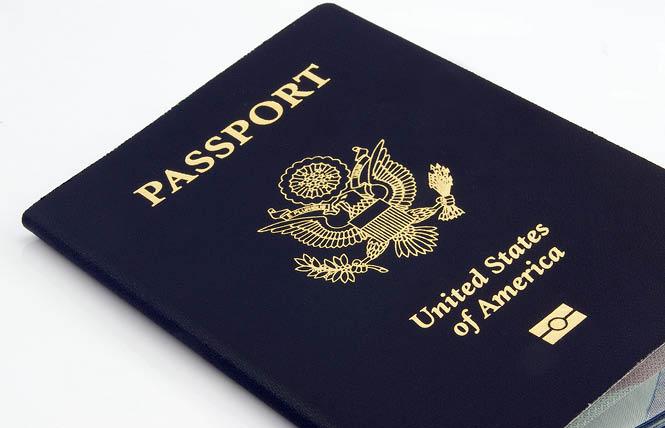 People will be able to select "X" as a gender marker on U.S. passports beginning April 11. Stock photo via Washington Blade

Dana Zzyym, an intersex U.S. Navy veteran who identifies as nonbinary, in 2015 filed a federal lawsuit against the State Department after it denied their application for a passport with an "X" gender marker. Zzyym This text will be the linklast October> received the first gender-neutral American passport.

"When Dana Zzyym first embarked on their journey to get the country they fought for to recognize them as the person they truly are on their passport, they weren't just fighting for themselves, they were always fighting for all intersex, transgender, nonbinary, and gender-nonconforming people," stated Avatara Smith-Carrington, staff attorney at Lambda Legal. "This moment is, in large part, the culmination of Dana and Lambda Legal's relentless activism, demanding the federal government recognize all people — regardless of the gender binary — as valid and worthy of recognition and respect. I want to applaud the president and his administration for the thoughtful declaration of support for our community, but most importantly, I want to thank them for backing up their words with meaningful actions that will help so many. Words are great, but actions are better."

Blinken made the announcement on Transgender Day of Visibility.

"The Department of State has reached another milestone in our work to better serve all U.S. citizens, regardless of their gender identity," Blinken stated. "In June, I announced that U.S. passport applicants could self-select their gender and were no longer required to submit any medical documentation, even if their selected gender differed from their other citizenship or identity documents.

"Starting on April 11, U.S. citizens will be able to select an 'X' as their gender marker on their U.S. passport application, and the option will become available for other forms of documentation next year," he added.

According to Lambda Legal, the Biden-Harris administration also made other announcements timed with trans visibility day.

These include actions that will decrease the harassment transgender, gender-nonconforming, and nonbinary people experience in the Transportation Security Administration process when traveling, eliminating the requirement that transgender people prove their gender when changing gender markers with the Social Security Administration, new resources for transgender youth and their families, improved access to federal services and benefits for TGNCNB people, advances in inclusion and visibility in federal data, and further formal recognition of the clinical evidence supporting evidence-based care for LGBTQ youth by the U.S. Department of Health and Human Services, the news release stated.

For information on all actions taken today by the Biden-Harris administration, click here.