Out in the World: Activists decry Bermuda Privy Council's ruling against same-sex marriage 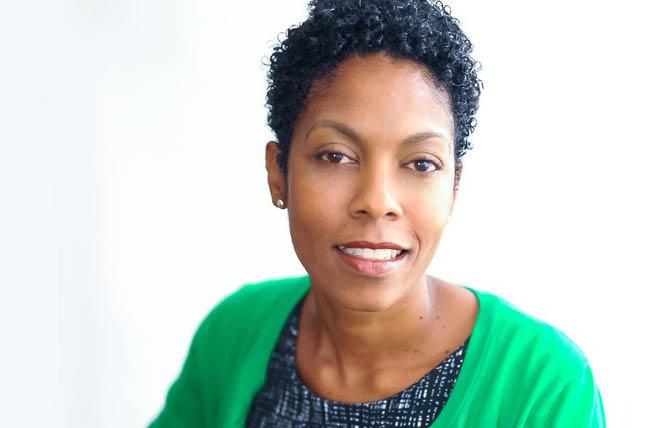 Judges in Bermuda's highest court have found that legislation banning same-sex marriage is not unconstitutional.

Activists in Bermuda were critical of the decision from the Privy Council. The ruling was 4-1 and came in London after two days of hearings in the case between the attorney general and Roderick Ferguson and others. Deputy President of the Supreme Court the Right Honorable Lord Patrick Stewart Hodge read the decision upholding the Bermuda government's ban on same-sex marriage.

The Privy Council is the highest court of appeal for some British overseas territories, some Commonwealth nations, and a few bodies in the United Kingdom.

Supreme Court Justice the Right Honorable Lord Philip James Sales gave the dissenting statement. Sales believed that Section 8 of the constitution, freedom of consciousness, violated Section 53 of the Commonwealth's Domestic Partnership Act 2018. That section defined marriage as between a man and a woman.

ABC News reported the Privy Council's ruling in effect granted Bermuda's government the authority to grant and take away rights with a stroke of a pen by amending its Human Rights Act.

In a separate same-sex marriage challenge, the judicial panel also unanimously upheld the Cayman Islands Bill of Rights' limitation of marriage to a man and a woman in Day and Another v. The Government of The Cayman Islands and Another, in a 25-page decisionissued the same day, March 14.

The decisions went against previous high court rulings in Bermuda and the Cayman Islands that favored marriage equality.

It is unclear what will happen to the same-sex marriages performed in Bermuda since 2017, when same-sex marriage was legalized following a different court win, OUTBermuda Chair Adrian Hartnett-Beasley said in a March 14 news release responding to the council's decision. OUTBermuda is the Caribbean island's LGBTQ organization.

The Bermuda and Cayman Islands cases were heard before the Privy Council February 3 and 4, 2021, but there was more than a year delay until the decision.

"It's shocking to see a court so fail in its duty to protect basic rights and fairness, leaving the region's same-sex couples and families in the lurch, still denied the dignity and affirmation that come with the freedom to marry they deserve," he stated.

Yet, she wasn't surprised, explaining there were many changes on the court during the past year, including the retirement of the former president of the court, Lady Brenda Marjorie Hale, who was considered a highly respected progressive. OUTBermuda's leaders believe she would have most likely led the court in another direction on the decisions.

Johnson Lord also noted the judges' repeated statements in the decision about Bermuda's laws that worked against the marriage equality case.

"There were tools that they could use to defend their position that were in our constitution," said Johnson Lord, a lesbian who had been hopeful Bermuda's Supreme Court ruling would win over the government's appeal. "That's the thing that I think is unfortunate."

"It's beautifully written. It's clear and it's solid, but it is also cruel in its clarity," Johnson Lord said, describing how it points out limitations, stigmatization, and the history of discrimination.

Other leading Caribbean LGBTQ organizations leaders weren't as quick to excuse the Privy Council, calling the decisions homophobic and racist and an example of the continuation of colonialism.

"It's utter outrage for so many reasons," said Bryan, a transgender woman. "There's clearly a double standard, to put it very mildly."

Bryan pointed to the United Kingdom's push for same-sex marriage in Northern Ireland, stating the country was "neglecting its British Overseas Territories, at least in the Caribbean."

The organization worked closely with Raznovich on the case and campaign for same-sex marriage in the Caymans.

Raznovich noted in the Privy Council's entire 314 years of existence it has lacked diversity.

"That is colonialism of the worst kind to exist," he said. "Never in the history of the Privy Council has there been a British or English judge of color sitting in that court.

"So, you have white judges telling people color judges in Bermuda, you are wrong. All of you are absolutely wrong. You cannot provide more rights to gay people, how dare you," Raznovich continued. "That is why, in my view, the decision in Bermuda is more shocking."

Commenting on the decision, Maurice Tomlinson, a Canadian-based, Jamaican-born gay activist and attorney, stated, "There is homophobia that is coming through in this decision because they still don't see LGBT people as equal."

Tomlinson has his own cases in Jamaica targeting the criminalization of homosexuality and same-sex marriage.

"To me, it's the British colonial masters imposing their views on what traditional marriage should be, which again, is a Western concept," he said, questioning the council's usage of the phrase "traditional marriage" in the decision.

The activists' statements echoed Barbados attorney Lalu Hanuman's speech at the second Intimate Conviction conference on Caribbean Island country March 9 where he said that many views in the "Caribbean can be traced back to slavery."

"A lot of the homophobia that exists in the Caribbean is directly linked to the legacy of slavery, where slave masters and slave owners did not want to have gay slaves ... you will not be a productive farmer," he said.

England and Wales passed marriage equality in 2013 and that took effect in 2014. Scotland followed suit in 2014. Northern Ireland legalized same-sex marriage in 2020.

While same-sex marriage is legal in the U.K., the 54 Commonwealth countries are independent, equal nations.

The Privy Council's decision in these two cases could maintain the status quo for four other British territories in the Caribbean — Anguilla, British Virgin Islands, Montserrat, and Turks and Caicos Islands. Same-sex marriage currently isn't legal in these jurisdictions.

Hanuman also noted other outdated Barbados laws, such as the buggery law, which criminalizes homosexuality, that needed to be amended or repealed to modernize the law for equality.

Bryan said that the Caribbean islands are still grappling with colonial-era laws that criminalize homosexuality.

"It's still the same sort of illness ... that we've been plagued with for literally centuries now," she said.

Barbados became a republic on its 55th anniversary of its independence in November 2021. The Caribbean Island nation remains a member state of the Commonwealth.

The legal battles
Bermuda's ongoing controversial same-sex marriage legal debate pitted the Caribbean Island's government and Supreme Court and LGBTQ activists and religious opponents in a long heated legal battle that took them to the Commonwealth's highest court in 2021.

The case came after a successful challenge to Bermuda's marriage laws by gay couple Canadian Greg DeRoche and Bermudian Winston Godwin, which they won in 2017 and which extended marriage rights to same-sex couples. The couple married in DeRoche's native Canada following their legal win.

Marriage equality in Bermuda proceeded to go through a legal rollercoaster in the years that followed before the government's challenges to its supreme court's rulings landed the case at the Privy Council in 2021.

The judges examined three areas in Bermuda's same-sex marriage challenge, claiming Section 53 of the Domestic Partnership Act 2018 was invalid due to it defining marriage as only between a man and a woman.

However, in that same 2020 ruling, the Court of Appeal in the Cayman Islands ruled Bush and Day were entitled to legal protection equivalent to marriage. That same year, the Cayman Islands governor instituted civil unions after the island country's Legislative Assembly failed to pass civil unions, attempting to avoid the U.K. imposing a decision on the Commonwealth.

The Council's decision does not limit the Cayman Islands' Legislative Assembly from legalizing same-sex marriage in the future, the judges noted.

Continuing the fight
The Privy Council's judicial decisions typically mark the legal end of the road through the courts for dozens of British overseas territories, dependencies, and Commonwealth states.

"We have to keep pushing for marriage equality for all individuals regardless of sexual orientation," said Bryan.

"The Bermuda government's crusade against same-sex marriage was waged to convince you that there's something shameful about your sexuality," Ferguson said in the release. "Don't believe that tired old lie."

The work isn't done "until everyone's humanity is recognized both in law and in life," he continued.

Bermuda's legal team did not state what its next steps are in the island country's battle for marriage equality.