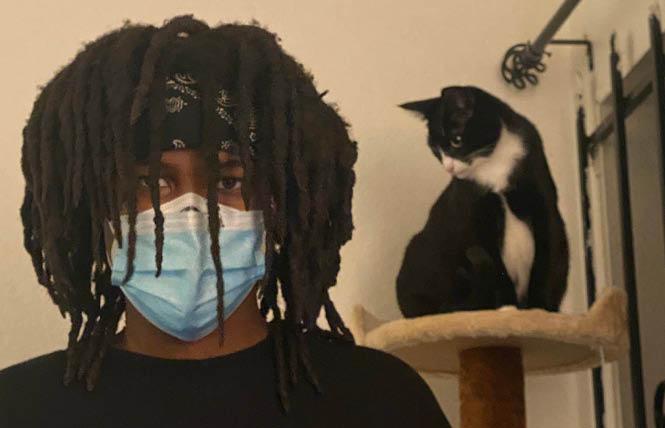 A young Black transwoman was reportedly abducted Monday, March 7, near her last known address at a hotel in San Francisco's Fisherman's Wharf. She was last heard from almost 16 hours later in what friends described as "multiple calls, each lasting under 30 seconds..."

According to media releases sent out by friends via Twitter, Isa Dessalines, 20, a recent arrival to the Bay Area, was on the phone with a friend around 11:30 p.m. Monday when she was allegedly abducted not far from the Hotel Caza at 1300 Columbus Avenue, where it is believed she had been staying. Friends reported hearing a car engine, a car door closing, and a struggle between Dessalines and a man, "in which Dessalines was heard saying 'OK, OK, I'll get in.'"

Later, in what friends described as a very short voice message, Dessalines "was heard sobbing, saying, 'I don't want to die'' as a man's voice repeatedly told her to shut up, according to the release. Her last known location was when her phone pinged the following Tuesday, at 4:19 p.m., traveling in an unknown direction on Interstate 880 in the East Bay.

The final contact with Dessalines was around 4:54 p.m. Tuesday, through multiple phone calls, each lasting less than 30 seconds. Reportedly, she told friends she had jumped from a moving vehicle while on the highway. She said she was in pain, confused, and agreed to call 911. Friends said they could hear loud, high-speed traffic in the background. That was the last call they received from Dessalines.

About an hour and a half later, according to the release, the Oakland Police Department reported finding her phone behind a Planned Parenthood clinic at 8480 Enterprise Way in Oakland. The release noted that Dessalines has no known family contacts in Oakland.

"The phone was found with a significant amount of blood," the release read, "leading to the entrance and back to the street, where the droplets disappeared. Police suspect she was stumbling while injured and entered an unknown vehicle or the vehicle of those who abducted her. Her current status and location are unknown."

The Oakland Police Department, however, stated in an email to the Bay Area Reporter that they have no information or property related to Dessalines' case.

"Our investigators have also checked our property system and it appears we do not have anything to be related to this incident," OPD Officer Candace Keas stated in an email. "We have reached out to [California Highway Patrol] but I do not know the results if they're involved at this time." 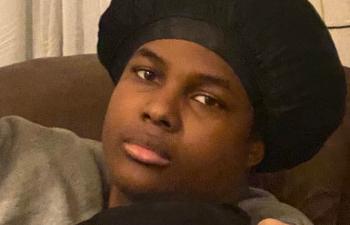 A quick check by the B.A.R. with CHP found that SFPD is handling all aspects of the case and, indeed, SFPD reported in an email, "On March 8, 2022, at approximately 1:54 a.m., San Francisco Police officers from Central Station responded to the 200 block of Beach Street for a report of a possible kidnapping. Officers responded to multiple locations and conducted a missing person investigation. Officers canvassed the area for the missing person, evidence, and witnesses to no avail."

The release from Dessalines' friends stated that she was being stalked by a man while staying in the Tenderloin district in San Francisco during the week of February 27. The release stated that there was an apparent physical altercation between Dessalines and the man the night of March 1 or the early morning hours of March 2. It is unknown whether this is connected to her reported abduction.

Dessalines' case has been referred to SFPD's Special Victims Unit. Dessalines is described by friends as a Black transwoman, around 5 feet 9 inches tall, with a thin build and medium length dreadlocks. She was believed to be wearing a black sweater with black pants.

Black transwoman reported missing in SF is found in Berkeley
Sign up!