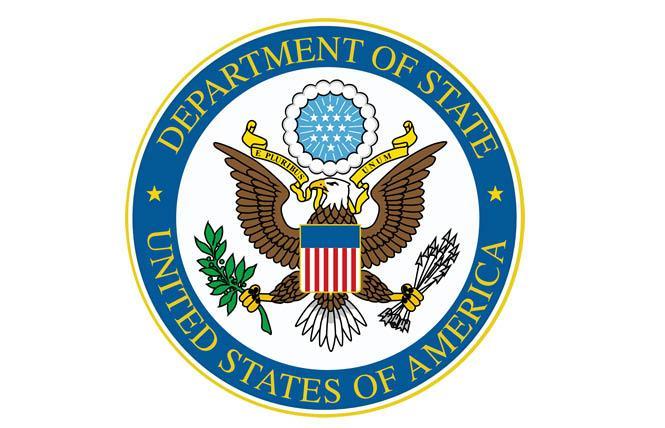 The State Department has issued the first gender-neutral U.S. passport.

The State Department on Wednesday issued the first U.S. passport with an "X" gender marker.

Jessica Stern, the special U.S. envoy for the promotion of LGBTQ rights abroad, told the Washington Blade and the Associated Press during a conference call Tuesday that the State Department would initially issue a gender-neutral passport to one person.

Early October 27, Lambda Legal Defense and Education Fund issued a news release stating that its client, Dana Zzyym, received the first U.S. passport with an "X" gender marker. Zzyym, an intersex and nonbinary U.S. Navy veteran, had fought for such a designation since 2015, the release stated.

"I almost burst into tears when I opened the envelope, pulled out my new passport, and saw the 'X' stamped boldly under 'sex,'" Zzyym stated. "I'm also ecstatic that other intersex and nonbinary U.S. citizens will soon be able to apply for passports with the correct gender marker. It took six years, but to have an accurate passport, one that doesn't force me to identify as male or female but recognizes I am neither, is liberating."

People who identify as intersex, nonbinary or gender-nonconforming can choose a gender-neutral gender marker for their passports and Consular Report of Birth Abroad, a document that confirms an American who was born overseas is a U.S. citizen. Secretary of State Antony Blinken in June announced the State Department will allow passport applicants to "self-select their gender as 'M' or 'F.'" It no longer requires "medical certification if an applicant's self-selected gender does not match the gender on their other citizenship or identity documents."

Stern said the State Department will begin "offering the 'X' gender marker option to routine passport applicants" in early 2022. A State Department official said the delay is necessary because the U.S. Office of Management and Budget needs to approve "the required form updates." The State Department, according to Blinken, also began the process to allow people who identify as nonbinary, intersex or gender-nonconforming to choose a gender-neutral gender marker for their passports and CRBAs.

"This is a momentous day and its significance cannot be understated," Lambda Legal counsel Paul D. Castillo stated. "After a six-year battle with favorable court rulings, Dana has finally received an accurate U.S. passport."

Castillo added that other intersex, nonbinary, and gender-nonconforming people should soon be able to obtain the document.

"Offering a third gender marker is a significant step toward ensuring that our administrative systems account for the diversity of gender identity, gender expression and sex characteristics," said Stern during the conference call. "Because people do not always fit within a male or a female designation, it doesn't benefit anyone to have inconsistencies between people and systems."

Stern added passports with an "X" gender marker will "reflect the true gender of the passport holder and make people safer, hopefully by reducing the likelihood of dehumanizing harassment and mistreatment that so often happens at border crossings when a person's legal documentation does not correspond with their gender expression."

"When a person obtains identity documents that reflect their true identity, they live with greater dignity and respect," said Stern.

The State Department's announcement comes a day after it publicly acknowledged Intersex Awareness Day, which commemorates the world's first-ever intersex rights protection that took place in Boston in 1996.

Zzyym in 2015 filed a federal lawsuit against the State Department after it denied their application for a passport with an "X" gender marker. The State Department official with whom the Blade spoke on Tuesday declined to say whether Zzyym would be the first person to receive a gender-neutral passport in the U.S.

"The department does not generally comment on individual passport applications due to privacy considerations," said the official.

"We passed a resolution at the DCCC about two months ago; I introduced it, so I'm excited that this is happening, that the federal government is catching up with so many states that have passed laws through their legislatures," Mahogany said in June. "It's amazing to see the federal government finally institute such a policy."

The White House in June named Stern, who had previously been the executive director of OutRight Action International, a global LGBTQ advocacy group, to her position. Stern said the issuance of passports with "X" gender markers demonstrates the Biden administration's commitment to LGBTQ rights.

"I am proud that the United States seeks to protect and promote the human rights of LGBTQI+ persons globally and this is an excellent example of leading by example," said Stern.

Canada, Australia, New Zealand and Argentina are among the handful of other countries that issue gender-neutral passports.

The State Department official said their colleagues have "been coordinating with Canada and New Zealand on best practices as we work towards this goal, based on their experiences." They said the State Department has also "coordinated with several LGBTQI+ organizations, both directly and through the White House Domestic Policy Council, throughout this process."