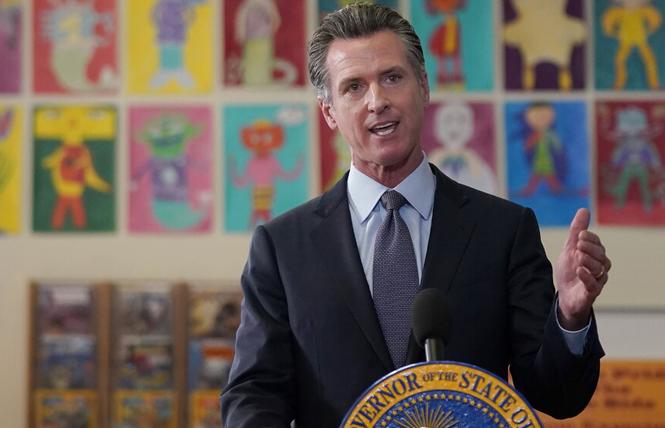 A bill signed into law by Governor Gavin Newsom will bring benefits to transgender public college students in California. It is in marked contrast to what has occurred in numerous statehouses across the country this legislative session, where lawmakers have adopted legislation targeting their state's transgender community, particularly trans youth.

On October 6, Newsom signed Assembly Bill 245, which prohibits public universities from deadnaming trans and nonbinary students — that is using their former names they were given based on the sex they were assigned at birth — on their diplomas and academic records.


Last November, the UC system had released a new policy on gender identity that all of its campuses were to implement by December 31, 2023. It included using students' lived names on their academic records.