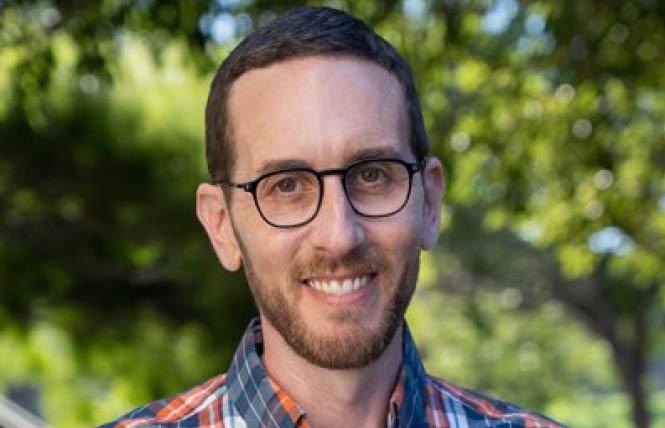 State Senator Scott Wiener has pulled his intersex bill due to lack of support in a legislative committee. Photo: Courtesy Sen. Wiener's office

Lacking the votes to pass his bill banning medically unnecessary surgeries on intersex children out of committee, gay state Senator Scott Wiener (D-San Francisco) announced January 4 he was once again shelving the bill. Since 2019, Wiener has tried to get a legislative ban passed by his colleagues to no avail.

Wiener had resubmitted his legislation Senate Bill 225, known as the Bodily Autonomy, Dignity and Choice Act, last January with the hope of moving it out of the Legislature this session. He had worked with intersex advocates and LGBTQ rights groups to revise it from previous versions, such as indicating a precise age for when such surgeries could be performed.

Thus, the latest version of SB 225 would have required parents and doctors to postpone elective surgery on intersex children until they are 12 years of age and can take part in making such a medical decision. Yet the powerful California Medical Association and some parents continued to lobby against the bill.

With the legislation failing to muster enough support to pass out of the Senate's Committee on Business, Professions, and Economic Development, Wiener had pulled the bill last April from consideration with the hope of moving it forward this year. As it was a two-year bill, state legislators could have taken it up in 2022, and a hearing on SB 225 had been scheduled for Monday, January 10.

But Wiener made the decision to withdraw it, stating in a news release that it "does not appear to have a viable path forward," as the Associated Press was first to report. He noted that "for three years, we've worked to advance legislation, and it's become apparent that we continue to lack the votes to pass a meaningful bill — one that actually protects intersex people — through committee."

In a phone interview with the Bay Area Reporter, Wiener said he was "deeply disappointed and frustrated" that he could not muster enough support among the committee members to pass "a basic civil rights law."

"These babies are having their genitals permanently changed, irreversibly changed, even though there is no medical reason to do it," said Wiener. "It makes all the sense in the world to wait until these kids can participate in these decisions."

Wiener said the only way for him to move his bill forward was to water it down to the point it would set a "bad precedent" and end up doing more harm than good for intersex children.

"For three years in a row we have hit a wall in the business profession committee; we just don't have the votes," said Wiener. "We would need to water it down to the point it is not worth passing."

He pledged to reintroduce the bill at a later date when he sees "a viable path forward" for getting it passed out of the legislative committee. Depending on the outcome of the November elections, that time could be in 2023, or it may need to wait until 2025, when several of his Senate colleagues will have been termed out of office.

"We are committed to the issue; we are not going to stop," Wiener pledged to the B.A.R. "The Legislature is more broadly in support for this. I can see a scenario next year where we may have a path forward, but it is way too soon for me to know for sure."

In reacting to the news, statewide LGBTQ advocacy organization Equality California thanked Wiener for his leadership on the issue. EQCA has worked alongside the legislator and interACT, which fights for the rights of intersex people, to try to pass the bill.

"We don't have the votes to pass this bill through committee, but our fight for bodily autonomy, dignity & choice continues," tweeted EQCA.

InterACT, whose former executive director Kimberly Zieselman stepped down in December, has yet to respond to a request for comment from the B.A.R.

Four years ago Wiener was able to get his legislative colleagues to pass a nonbinding resolution that called for doctors to postpone performing surgeries on intersex individuals until they are able to give their informed consent.

He did so in order to educate lawmakers and the public about the issue prior to moving forward with an official ban of most such procedures. Approximately 1%-2% percent of people are born with variations in bodily sex characteristics.

Intersex is an umbrella term for differences in sex traits or reproductive anatomy. People are born with these differences or develop them in childhood. There are many possible differences in genitalia, hormones, internal anatomy, or chromosomes.

According to the AP, the nations of Germany, Colombia, and Malta all restrict certain surgeries on intersex children but no U.S. state has followed suit. A bill similar to Wiener's SB 225 was introduced in the Rhode Island state legislature last year but was also put on hold "for further study," according to interACT.

At the urging of interACT, the Human Rights Campaign agreed to start asking in its 2022 Healthcare Equality Index of more than 1,700 hospitals in the United States if the medical institutions have policies to delay genital surgeries on intersex children. Two years ago a pair of U.S. hospitals were the first in the country to take steps to limit the kinds of surgeries done on intersex children.

"Pausing medically unnecessary genital surgeries until a child is old enough to participate in the decision isn't a radical idea. Rather, it's about basic human dignity," stated Wiener. "I'm not giving up, and I stand in solidarity with the intersex community in its fight for bodily autonomy, dignity and choice."