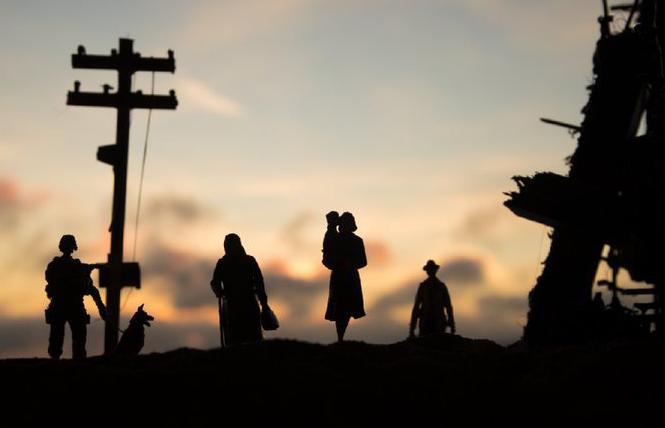 LGBTQ Afghan refugees were among the 250 refugees who arrived in Canada last week.

An unknown number of LGBTQ Afghans were aboard the first privately sponsored flight that arrived at Toronto's Pearson International Airport December 2.

The refugees are a part of Canada's Private Sponsorship of Refugees Program. The program has helped 330,000 refugees resettle in Canada since its founding in the late 1970s, according to a news release.

Nemat Sadat, a gay Afghan American journalist and human rights activist who has been helping LGBTQ Afghan refugees, said that none of the refugees were from his list, which has now grown to 725 people as of December.

According to the release, the program is a network of Canadian community and resettlement organizations that support refugees upon their arrival in their host communities. Support includes housing, food, clothing, and assistance navigating basic services, such as opening a checking account. Additionally, like other newcomers to Canada, refugees in the private-sponsorship program are eligible to receive government assistance.

LGBTQ Afghan refugees were among the "women leaders, human rights defenders, persecuted minorities, and journalists," who were on the flight, according to the Immigration, Refugees and Citizenship Canada release.

"For those newly arrived in our big, cold country, private sponsors offer a warm welcome," stated Sean Fraser, the minister of immigration, refugees, and citizenship, noting that "private sponsors are essential in helping vulnerable newcomers thrive in their new communities."

"I look forward to welcoming many more new arrivals in the weeks and months to come," he continued.

The refugees underwent a rigorous screening process before boarding the resettlement flight. Refugees who have not been vaccinated against COVID-19 will be quarantined before entering their communities in Canada, according to the release.

The United States, along with allies such as Canada and other NATO countries, withdrew from Afghanistan on August 30. Two weeks earlier, the Taliban took Kabul, the country's capital, on August 15, causing a flood of hundreds of thousands of Afghans attempting to board evacuation flights.

Many were unable to board the planes in Kabul's international airport due to Taliban soldiers blocking access and allied soldiers guarding the airport. A suicide bomb killed dozens outside the Kabul airport August 26, including 13 U.S. service members.

As the Area Reporter previously reported, the Human Rights Campaign and other LGBTQ groups continue to call on the Biden administration to support queer Afghan refugees. In September, the groups issued a 10-point plan () to protect LGBTQ Afghans.

This week, Medill News Service reported on those advocacy efforts. A State Department official said the United States is pressing the Taliban and Afghan leaders to form an inclusive government that respects the rights and dignity of all Afghans, the outlet reported

Rainbow Railroad, a Canadian-based organization working to assist LGBTQ Afghan refugees, did not respond to a request for comment by press time.

Out in the World: LGBTQ refugees in Kenya seize micro-business opportunities
Sign up!