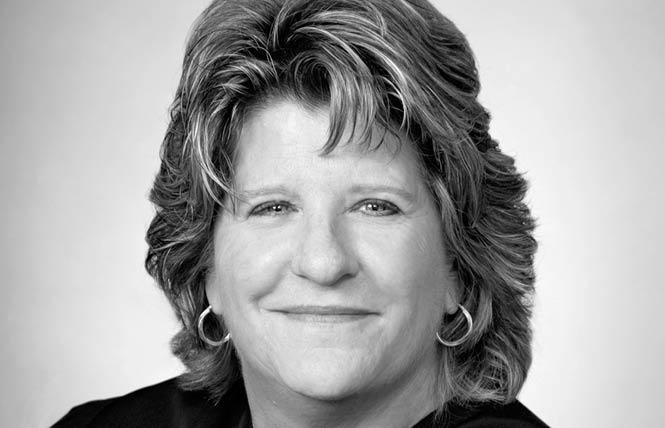 Governor Gavin Newsom has tapped an out judge with Bay Area ties for a vacant seat on the state's 3rd District Court of Appeal. If confirmed, Judge Laurie M. Earl would be the fifth LGBTQ person serving on one of the state's six appellate courts and the first on the 3rd appeal court bench.

Earl, 60, has served on the Sacramento County Superior Court since 2005, where she has also served as presiding judge. In 2013, she received the Judicial Council's Ronald M. George Award for Judicial Excellence, its highest honor for a judge, and the Sacramento County Bar Association that year also named her its Judge of the Year.

This summer she made headlines in several cases dealing with the recall attempt against Newsom. Earl ruled in August that Newsom could brand the effort to oust him from office as being orchestrated by supporters of former President Donald Trump. In July, Earl overruled the decision by the secretary of state's office to block conservative radio host Larry Elder as a candidate on the recall ballot.

Speaking to the Bay Area Reporter by phone Tuesday, November 30, Earl said her time handling those cases and others dealing with civil writs of mandate in recent years has prepared her for the appellate bench. The lawsuits involve litigants seeking a court order mandating an action be taken by an entity such as the state government or a corporation.

"I think I just had some time, about three years, to dig into some of these cases. It gave me a broader perspective of civil law," said Earl.

Before being assigned such cases Earl had sought appointment to the appellate bench under former governor Jerry Brown but was not selected. She reapplied with Newsom's administration in December 2019.

As a lesbian poised to make history as the first LGBTQ judge on the 3rd District Court of Appeal, Earl told the B.A.R. she is "incredibly grateful" to Newsom for making a judicial pink-ceiling breaking appointment. Having a diverse judiciary matters, argued Earl.

"It feels pretty incredible," said Earl, noting that she has had "a lot of experience in my life that informed me as both a judge and an individual, including my work on the trial court and my time as a lawyer, my experiences as a member of the gay and lesbian communities, and my experience as a parent and being married to a woman. I am just so grateful we have a governor who recognizes the importance of diversity in the judiciary, so the people who appear before us identify with the person on the bench."

Seeing someone who looks like them and has similar life experiences has an impact, said Earl.

"I think it brings more humanity to our decisions and to our job, and more trust and confidence for the people who appear before us," she said. "I am just thrilled."

A Modesto native, Earl graduated from UC Berkeley then earned her law degree at Lincoln Law School in Sacramento; she was named the law school's alumnus of the year in 2005 and 2012. In 1989, she joined the Sacramento County Public Defender's office as an assistant public defender.

Because of her professional experience, Earl has spent the majority of her time as a judge hearing criminal cases and spent four years assigned to juvenile dependency cases. Switching over to presiding over writs of mandate cases allowed Earl to gain experience in reading previous cases and writing decisions, skills she will need as an appellate justice.

"I really liked it. It gave me an idea of what appellate work is about," she said. "I decided that was where I wanted to head in my next chapter of my career and why I pursued it again."

In a rare post-holiday release about his latest judicial appointments, as news about judge picks often comes on a Friday prior to a holiday weekend, Newsom announced Monday, November 29, that he had nominated Earl, a fellow Democrat, to fill the vacancy created by the retirement of appellate jurist M. Kathleen Butz. The State Bar's Commission on Judicial Nominees Evaluation must first review Earl for the position then it will be up to the Commission on Judicial Appointments to confirm her to the seat.

Earl's confirmation hearing will be held virtually at 10:45 a.m. January 6 by the commission, which is comprised of California Supreme Court Chief Justice Tani Cantil-Sakauye, Attorney General Rob Bonta, and the 3rd district appellate court's Senior Presiding Justice Vance W. Raye. If confirmed, Earl would earn $256,138 as an associate justice on the appellate bench.

Earl lives in Sacramento with her partner of nearly three decades, Jody Cooperman. The couple married in 2008 and have two adult sons: a 25-year-old in law school in Portland and a 22-year-old in college in San Francisco who works at a vintage clothing store in the Haight.

"I loved the Bay Area. I loved Berkeley. I loved the school and loved living in Berkeley. At times I wish I hadn't left, but I love Sacramento and loved raising a family here," said Earl. "It is incredibly hard to get back to the Bay Area if you moved out and now can't afford it due to the housing costs. I am truly a Northern California girl."

Updated 11/30/21: This article has been updated with comments from Judge Earl.

Updated 12/01/21 with the time and date for Earl's confirmation hearing. 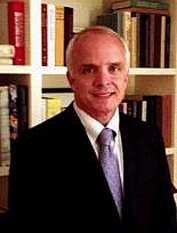