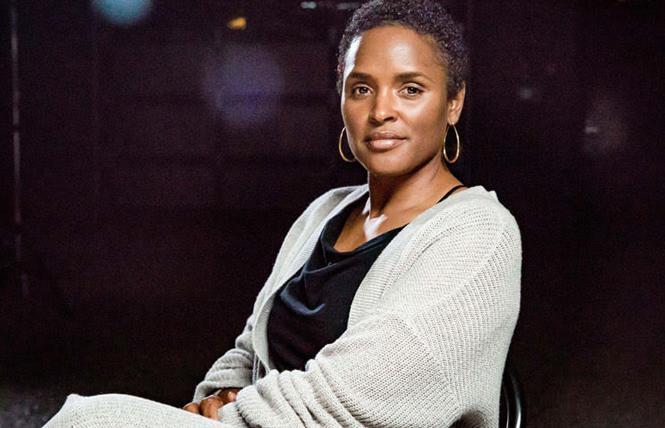 Two San Francisco agencies focused on women, girls, and nonbinary people are restructuring their relationship after nearly 50 years of working together. Both expect the transition should be seamless and bring about benefits for each.

The Friends of the Commission on the Status of Women and the San Francisco Department on the Status of Women announced November 8 that the friends group would no longer be dedicated to funding and supporting the work of the city agency and its public oversight body. Instead, the friends group would expand its focus to work with myriad organizations that work to ensure equity for all women, girls, and nonbinary people.

"We're incredibly proud of the extensive body of work we have done together over the past 46 years and will continue to work alongside the commission and the department in a new format that will better serve women and girls by expanding to whom and how we disperse the funds we raise," stated Verna Liza Antonio-Caba, executive director of the friends group, in a news release announcing the restructure.

In a phone interview with the Bay Area Reporter, Antonio-Caba said the decision was reached amicably between the two organizations. The friends group is its own 501(c)3 nonprofit and has already been presenting its own programs, such as two upcoming trainings for women and nonbinary individuals to learn how to negotiate with their employers for a pay raise or better contract. According to its 2019 tax filing, it had revenues that year of roughly $74,000.

"As we look at rebranding and redefining our mission, I hope to be able to offer more services similar to the salary negotiation workshops," said Antonio-Caba, a straight ally who has led the friends group for five years.

Due to its changed relationship with the city department, the friends group is expected to settle on a new name for itself sometime in 2022. Whether it will be more expansive than just using the term women is unclear.

"This has been so new the board has not had an opportunity to really meet and figure out what the new name is going to be," said Antonio-Caba. "Most likely, yes, we will have a new name in 2022."

Antonio-Caba did note that providing services to transgender and nonbinary individuals has been a focus of the friends group for quite some time. When it was founded those terms were not in use

"It is a 46-year-old organization, and it has only been in recent years, I would say, that terminology has been commonplace," she said.

Last November, Mayor London Breed named progressive activist Kimberly Ellis as its new director. Formerly executive director of Emerge California, which trains women to run for elected office, Ellis had unsuccessfully sought to become chair of the California Democratic Party in 2017. She lost out in a closely divided vote to Eric Bauman, a gay man who resigned in 2018 amid charges he had sexually harassed multiple staff members and younger male leaders of the party.

Ellis took over running the city department a few months after Breed had issued an executive order requiring all city departments with outside partner organizations to put in place uniform and stricter standards regarding their fundraising. It followed the federal corruption scandal involving the former head of the city's public works department who has been charged with funneling bribes via an account set up through the nonprofit San Francisco Parks Alliance.

Part of the mayor's directive required all city departments to formalize their relationships with a non-city organization that receives donations on behalf of the department through memorandums of understanding. The MOUs were to be prepared in consultation with and approved by the offices of the city attorney, controller, and if applicable the department's board or commission.

Ellis told the B.A.R. in a phone interview that her department and its friend group came to the determination it did not make sense for them to enter into an MOU. Instead, the city department plans to enter into an agreement with a foundation that will oversee its fundraising from outside sources.

"I would reiterate this was a decision that was made after a lot of deliberation and research on the historical nature of both organizations," said Ellis, adding that what worked decades ago between the two entities no longer fits with how they are moving forward today.

"Really, for us, it came down to the in congruency of the structural nature of the relationship that led us to the place of deciding we needed to move in a different direction by partnering with a foundation or entity that is not just better structured but singularly structured to serve and service the needs of a department like ours," said Ellis.

According to their joint release, the friends group had given annual grants to the city department over the past 15 years totaling more than $260,000. The grants were for specific purposes based on budgets and forecasts from the department, with some funding the department's fellowship program, including one full-time fellow focused on women's economic security.

The department, Ellis said in the release, owes the friends group "a debt of gratitude for their steadfast support, and we congratulate them as they move in this new direction when their leadership is needed the most."

Ellis told the B.A.R., "We don't anticipate any negative impact on either end" due to the change in the two organizations' relationship.

"We are excited to continue to support the friends in their evolution of their organization," said Ellis. "We are looking forward to this new chapter for all parties involved."

The department has a current fiscal year budget of $10 million and, over the past 18 years, has dispersed more than $8.5 million to local organizations. Like the friends group, it and its commission provide services to women and girls of all ages, including those who identify as nonbinary or transgender.

But it is not looking to change its name to be more expansive, said Ellis, who noted doing so could be confusing as the city also has an Office of Transgender Initiatives that reports directly to the mayor. Nonetheless, she pointed out that the department has moved to be more inclusive in the terminology it uses.

"This is something I have made a point of doing under my tenure since I have been here in all aspects of how we operate to take the most expansive and inclusive approach to gender," said Ellis.

Sophia Andary, a queer woman who serves on the commission, told the B.A.R. that since trans women are women, there is no need to change the official name of either the city department or its oversight body.

"Trans women are women period," said Andary, one of the founders of the Women's March San Francisco. "There needs to be more inclusive language for the nonbinary community for them to know where they belong. But it doesn't need to be in the title."

In order to reflect the department's and commission's inclusion of gender-expansive individuals, several members of the oversight body including Andary have formed a working group to come up with a vision statement that will lay out how both entities are providing services to women, girls, and nonbinary individuals no matter their sexual orientation or gender identity. It would be in addition to the two entities' mission statement.

"You can't put everything into a mission statement. I think a vision statement goes a little bit deeper," explained Andary. "It is something focused on future goals, not just a general everyday thing, but more about we need to get to this point."

The full commission is expected to adopt the vision statement in the coming months.

To learn more about the friends group, visit its website.

For more information about the city department, click here.