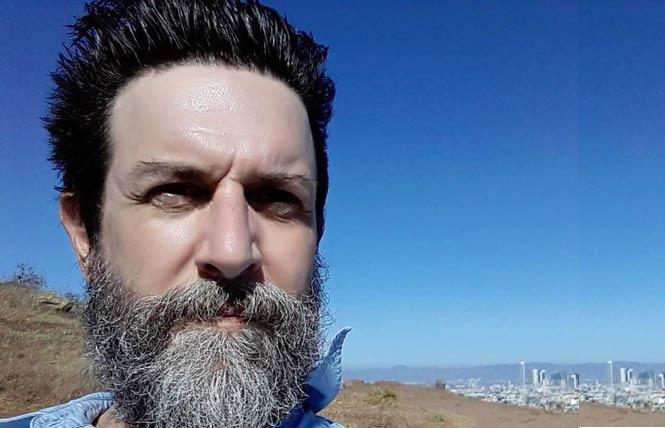 A 50-year-old gay man whose family traveled to San Francisco from Illinois to look for him — but whose body was eventually found in his own apartment — died accidentally of drug intoxication, a report from the medical examiner's office states.

As the Bay Area Reporter previously reported, Christopher J. Woitel was discovered "in the attic in his home" in mid-February, according to the San Francisco Police Department, after having been missing for over a month.

In the days before the discovery, the San Francisco Police Department sent out a news release about Woitel's disappearance and two of Woitel's sisters and a brother traveled from his native Illinois to search for him.

The medical examiner's report stated that Woitel's body was "apparently hiding in a wall cavity" when it was discovered February 15 while officers were executing a search warrant. While "multiple people had entered the residence on several occasions" — including a private investigator — after Woitel was first reported missing January 13, the body had not been discovered during those visits.

"The officers obtained a ladder from the property manager to access the attic from the subject's bathroom ceiling," the report states. "The subject's remains were found seated in a kitchen wall cavity located beneath the attic floorboards.

"Access to the attic and the remains from inside the subject's apartment was made with a ladder through the bathroom ceiling," the report continues. "The attic is also accessible through a rooftop hatch. A living room fire escape allowed access to the roof. ... Beneath the subject's legs was a 'fanny-pack' that contained a flashlight, pliers, two empty baggies with white residue, charred foil, and prescription medications."

There were no additional drugs discovered, or a suicide note, the report states.

Toxicological blood testing discovered fentanyl, hydrocodone, methamphetamine, alcohol, and gamma-Hydroxybutyric acid (GHB). (The report notes that the GHB "might represent postmortem production as a result of the decomposition process, antemortem ingestion, or a combination of both.")

According to Scott Williams of the Brisbane-based inVision private investigation company, whose services had been procured by the family, a homeless man was in possession of Woitel's cellphone when Williams interviewed him February 2.

The investigator determined that "it is clear [the homeless man] suffers from mental illness and as such could be delusional." The homeless man claimed to have psychic powers that allowed him to see that Woitel had been shot and left in the Bay.

The Woitel family's media representative, Mark Guarino — a childhood friend of Woitel's, did not immediately respond to a request for comment.

Woitel, who grew up in Oak Park, Illinois, moved to San Francisco after he graduated from high school in 1988.