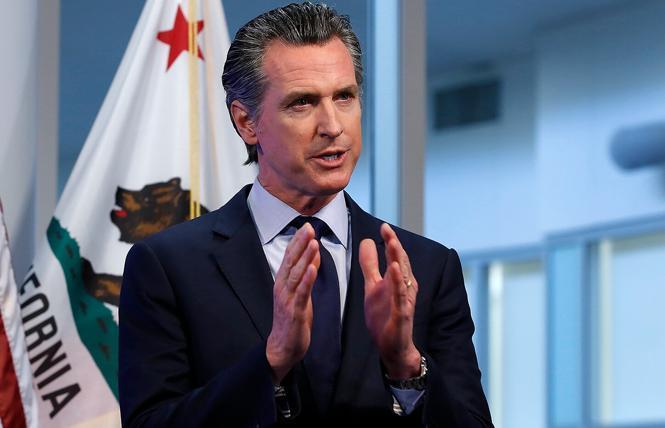 California will become the first state in the country to collect violent death data within its LGBTQ community due to legislation Governor Gavin Newsom signed into law Thursday.

Assembly Bill 1094, authored by Assemblyman Dr. Joaquin Arambula (D-Fresno), enhances the collection of public health data about violent deaths, including homicide and suicide, so that it includes stats related to the LGBTQ+ community. Newsom, two days after decisively defeating a Republican-led attempt to recall him from office, signed the bill into law September 16 without comment.

The legislation establishes a pilot program to train coroners and medical examiners on how to collect sexual orientation and gender identity demographics, also known as SOGI data, in all cases of violent death. The aim is to better understand what disparities there are in the LGBTQ community's mortality rate so it can lead to the development of policies that address those disparities at the county level throughout the state.

"This is a first-of-its-kind bill in the nation. By collecting data re: violent deaths among the #LGBTQ community, we can focus resources & policies to help save lives. My appreciation to my colleagues & Gov. Newsom!" tweeted Arambula after Newsom's office released a list of bills he had signed into law Thursday.

Equality California, the statewide LGBTQ advocacy organization that co-sponsored the bill with the LGBTQ youth agency The Trevor Project, had noted in a tweet after the legislation had cleared the Legislature September 2 that "passing #AB1094 is a huge victory and, if signed, means CA will enhance the collection of public health data about violent deaths for our #LGBTQ+ community."

After Newsom signed it into law, EQCA tweeted out a "HUGE shoutout" to the Trevor Project, applauding it for making "this first-in-the-nation victory possible! Thanks to their dedication," and that of Arambula and Newsom, noted EQCA, "this pilot program and its subsequent data will help save the lives of LGBTQ+ people."

Newsom also signed into law AB 465 by Assemblyman Adrin Nazarian (D-Van Nuys) to require that professional fiduciaries receive LGBTQ+ cultural competency and sensitivity training during their education and licensing process. Private professional fiduciaries provide critical services to older adults and people with disabilities, from managing their clients' daily care, housing, and medical needs to ensuring their bills are paid and managing their investments.

In a tweet about its becoming law EQCA noted that the "multi-session priority" bill for it "will ensure professional fiduciaries are equipped to support LGBTQ+ older adults, who face unique challenges as they age."

Five LGBTQ-related bills already signed
While Newsom still has several other bills related to LGBTQ concerns to either sign or veto by his October 10 deadline to do so, he has already now signed into law seven LGBTQ-related bills this legislative session. Two aimed at assisting people living with HIV became law in July, as the B.A.R. has previously reported.