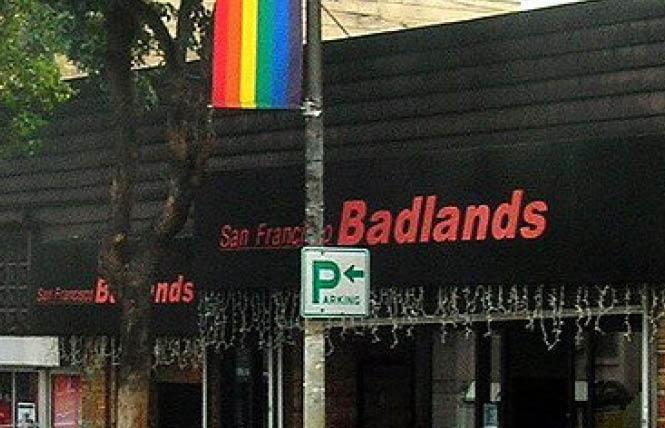 Badlands bar in the Castro closed permanently during the COVID pandemic, and is expected to open under new ownership. Photo: Courtesy Twitter

More nightclubs are slated to reopen in San Francisco's LGBTQ Castro neighborhood in the coming weeks as the Bay Area emerges from COVID-19 pandemic lockdown, with renovations at the former Badlands space continuing.

Beaux, located at 2344 Market Street, is currently the only nightclub — with dancing and live acts — open in the Castro. But it will soon have some competition as The Cafe, located at 2369 Market Street, announced on Instagram it will be reopening in mid-September. Several Castro bars have reopened in recent months, while the Lookout and Toad Hall have small dance areas.

"The Cafe is now working to get open as soon as possible," the upstairs nightclub overlooking Jane Warner Plaza on 17th Street stated via Instagram. "The health and safety of all our patrons and staff is paramount so as the COVID pandemic continues to evolve so will our opening date. As of now, we are looking for a mid-September opening."

A few blocks away, renovations to 4121 18th Street, which once contained Badlands, will be completed soon, according to TJ Bruce, a gay man who is managing partner at Sacramento Badlands in the state capital.

"Basically the space is just being remodeled. It should be open by the end of the year or early, maybe, shortly after the year ends," Bruce stated to the Bay Area Reporter in a voicemail, referring to the Castro property. "That's basically all there is to say at the moment."

Bruce confirmed his involvement with the renovation project in a subsequent phone call with the B.A.R. September 3.

"We [Bruce and Natali] both work together on it," he said, referring to Les Natali who owns the Badlands space and liquor license.

The building, like the nightclub it once contained, is owned by longtime Castro landlord Natali, who did not respond to a request for comment September 1. Natali announced last July that Badlands would be closing permanently and that a new bar under new ownership would subsequently be opening in the space.

As the Bay Area Reporter previously reported, the bar came under renewed criticism during Black Lives Matter protests in 2020 due to allegations of racial discrimination even though it was shuttered due to the lockdown.

In an email June 6, 2020, after this was brought up at a Black Lives Matter protest in Jane Warner Plaza, Natali wrote that the allegations "were found without merit and were dropped."

Badlands originally opened as a country western bar in 1974. Natali acquired it in 1999, when it became a video bar. Like all bars, it was forced to close in March 2020 due to the lockdown, and that July Natali said Badlands would permanently shutter.

Natali remains on the bar's liquor license, which expires February 28, 2022, according to state records.