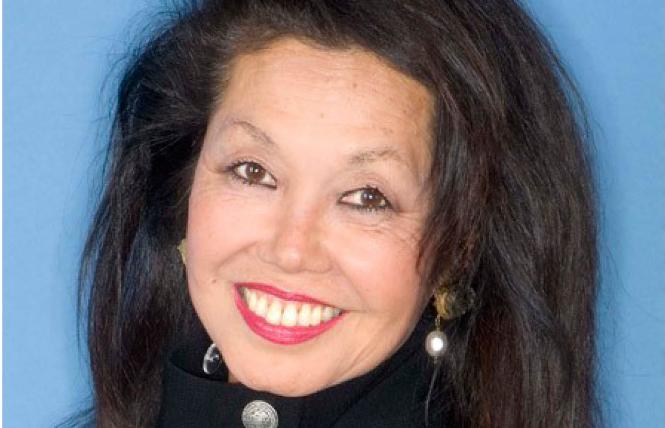 Janice Mirikitani, a poet, LGBTQ ally, and wife of Glide pastor the Reverend Cecil Williams, died July 29. She was 80.

According to a statement from Glide, Ms. Mirikitani's death was "sad and sudden."

Ms. Mirikitani, a former president of the Glide Foundation, was a co-founder of the church's center for social change. She often spoke in support of the LGBTQ community. In a 2013 memoir she wrote with Williams, "Beyond the Possible," the couple talked about the early fights for LGBTQ rights and their work revitalizing Glide, transforming it into a well-known church active in social justice work.

"I'm beyond heartbroken that our beloved Janice Mirikitani has passed," gay state Senator Scott Wiener (D-San Francisco) said in a statement. "Jan was one of the most exceptional human beings I've ever met, combining strength and love like no one else. My condolences to the love of her life — Reverend Cecil Williams — to the entire Glide community, and to all of San Francisco. This is a huge loss for our community."

In 1982 Ms. Mirikitani married Williams. That same year she was chosen as the president of the Glide Foundation, where she was responsible for fundraising and budget oversight. In 2000, she was named the second poet laureate for the city of San Francisco. The California State Assembly named her Woman of the Year for the 17th Assembly District.

"Jan Mirikitani was one of our city's true lights," Breed stated. "She was a visionary, a revolutionary artist, and the very embodiment of San Francisco's compassionate spirit. As a poet, including as Poet Laureate of this city from 2000 to 2002, she used the power of her words to further the fight for equality and to call for a more just and peaceful world. Through her work at Glide Memorial Church, along with her husband the Reverend Cecil Williams, she served our most vulnerable residents for decades and provided a place of refuge and love for all. She was boundless in her energy and in her devotion to this city and to her fellow San Franciscans. My heart goes out to her friends and family, especially to Cecil. She was loved and will never be forgotten."

Congresswoman Barbara Lee (D-Oakland) stated that Ms. Mirikitani was "a warrior for justice."

"I am sending my prayers and deepest condolences to Janice Mirikitani's husband, Reverend Cecil Williams, and her family," Lee stated. "I am heartbroken to hear of Janice's passing and I am grieving alongside the Glide community today. Janice was a beautiful force of nature, a warrior for justice, and a talented poet whose spirit soared. She inspired us all. I will miss her tremendously."

In 2013 when Ms. Mirikitani and Williams published their joint memoir, Ms. Mirikitani told the Bay Area Reporter that as a Japanese American, she felt great empathy for the isolation that many LGBTQ people lived with.

"The LGBT community humanized us," she said. "My first job was with homeless youth, who taught me the power of authenticity."

A third generation Japanese American, Ms. Mirikitani was a visionary whose creative endeavors as a poet and editor earned he literary accolades, an obituary from Glide stated. As a community activist, Ms. Mirikitani used her creativity and compassion to develop innovative programs at Glide focused on women and families as they face issues of substance use, rape, incest, domestic violence, AIDS, single parenting, child care, and employment.

"Janice was a force of nature," Glide president and CEO Karen Hanrahan stated. "She was fearless and transformational in the honesty with which she loved us all and held us all accountable. Janice's legacy and her unique, powerful voice is all around us. It will continue to inspire Glide's work as we transform hearts and minds, and the landscape of poverty and homelessness, in San Francisco."

During the 1960s Glide was part of a citizen's alert group that documented incidents of harassment against LGBTQ people when possible. The church also sponsored LGBTQ balls, including one five years before Stonewall that was raided by San Francisco police and resulted in numerous arrests. (All charges were eventually dropped.)

Life of outreach
Williams and Ms. Mirikitani's outreach stretched beyond the LGBTQ sphere. They welcomed non-Methodist Christians, Catholics, Jews, Muslims, and Wicca to all worship at Glide.

"Many different creeds come to Glide," Ms. Mirikitani had told the B.A.R. "Regardless of sexual orientation, race, religion, we welcome you. We want you. We need you. We feel that diversity is the mirror of our humanity."

Ms. Mirikitani and Williams both spoke at the 2008 memorial for Del Martin, a founder of the Daughters of Bilitis and partner of Phyllis Lyon, who died in April 2020. The couple presented drag nun charitable group the Sisters of Perpetual Indulgence with Glide's the Reverend Cecil Williams Legacy Award at the church's 10th anniversary of its Legacy Gala.

Kaye Foster, chair of the Glide Foundation Board of Trustees, stated that Ms. Mirikitani stood for the values of the organization.

"Glide stands for unconditional love, radical acceptance, and social justice — three values that were keenly important to Janice," Foster stated. "Her life experience as someone who suffered through discrimination and marginalization helped form her core beliefs and endless empathy for others experiencing difficult circumstances. Janice's values and spirit are forever part of Glide."

Ms. Mirikitani was born February 4, 1941. She earned a Bachelor of Arts degree from UCLA, a teaching credential from UC Berkeley, and three honorary doctorate degrees. She authored four books of poetry: "Awake in the River," "Shedding Silence," "We, the Dangerous," and "Love Works."

In addition to Williams, Ms. Mirikitani is survived by her daughter, Tianne Tsukiko Feliciano, and her grandson, Nicholas Feliciano.

Glide stated that memorial plans are being arranged. Updates will be shared here. The public is welcome to leave messages, photos, and comments on Glide's Facebook page. In keeping with Ms. Mirikitani's wishes, donations can be made in her memory to support Glide's Women and Children's programs.

Updated, 7/30/21: This article has been updated with additional information and comments. 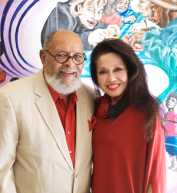