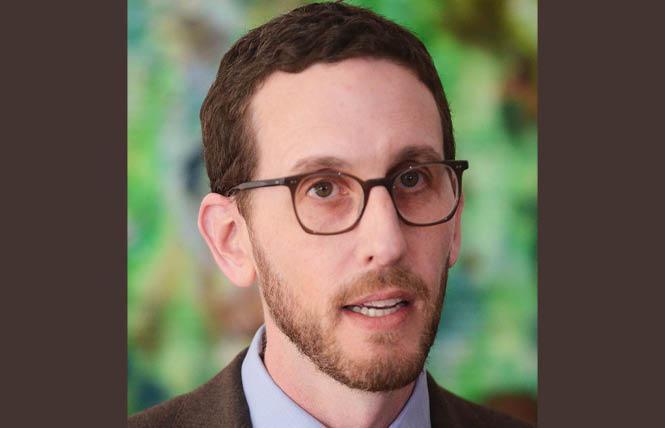 A state appellate court struck down a key provision of the LGBTQ Senior Bill of Rights, which requires long-term care staff to refer to facility residents by their preferred names and pronouns, as unconstitutional under the First Amendment.

In the case of Taking Offense v. California, a three-judge panel of the 3rd District California Court of Appeal in Sacramento came to a unanimous decision that the provision violated the rights to freedom of speech and the free exercise of religion.

The petitioner, Taking Offense, is described only as "an unincorporated association which includes at least one California citizen and taxpayer who has paid taxes to the state within the last year." Taking Offense asserted what is known as a facial challenge to the LGBTQ Senior Bill of Rights, which was authored by gay state Senator Scott Wiener (D-San Francisco) in 2017.

A facial challenge does not require the law to have been applied or enforced against a petitioner; rather it is sought to prevent a law that is prima facie unconstitutional from being enforced.

Wiener blasted the court's decision in a July 19 statement.

"The court's decision is disconnected from the reality facing transgender people," Wiener stated. "Deliberately misgendering a transgender person isn't just a matter of opinion, and it's not simply 'disrespectful, discourteous, or insulting.' Rather, it's straight-up harassment. And, it erases an individual's fundamental humanity, particularly one as vulnerable as a trans senior in a nursing home. This misguided decision cannot be allowed to stand."

As the Bay Area Reporter previously reported, the LGBTQ Senior Bill of Rights was signed into law four years ago by then-Governor Jerry Brown. The law is intended to protect LGBTQ seniors from being discriminated against in long-term care facilities throughout the state.

Modeled after a similar policy that San Francisco officials adopted several years earlier, it requires employees at such facilities to allow same-sex couples to live together and, until the appellate court decision, to use the preferred names and pronouns of transgender residents.

The court did uphold a part of the law that held it is not unlawful for transgender residents to be assigned rooms in accordance with their gender identity, unless they request otherwise, when room assignments are based on gender.

Taking Offense argued this was unconstitutional under the 14th Amendment's equal protection clause. The court disagreed.

"To not call one by the name one prefers or the pronoun one prefers, is simply rude, insulting, and cruel," Robie stated. "The impact of using inappropriate pronouns is even more offensive and hurtful when it occurs in an environment where one cannot choose the persons with whom one associates. The Legislature recognized this fact (as recounted in the opinion) but unfortunately chose a prophylactic remedy to eliminate misuse of pronouns that just went too far.

"Instead of mandating that employers ensure the use of proper pronouns in the workplace, the Legislature unwisely made misuse of pronouns a crime," Robie continued. "When we rule this law cannot stand, we do not reject the need for persons to use appropriate pronouns but, in my opinion, are suggesting that the Legislature fashion a workable means of accomplishing the laudable goal of the legislation."

"The court's decision is beyond disappointing, especially for our state's transgender and nonbinary seniors," Zbur, a gay man, stated. "Let's be clear: refusing to use someone's correct name and pronouns isn't an issue of free speech — it's a hateful act that denies someone their dignity and truth. Study after study has shown that trans people who are misgendered face alarming and life-threatening rates of depression and suicidal behavior."

Zbur framed the court's ruling in the context of the epidemic of isolation among LGBTQ seniors.

"And older LGBTQ+ people face feelings of isolation, poor mental health and extreme vulnerability to communicable diseases like COVID-19," he stated. "California's nursing home patients deserve better than this — and we'll be fighting until this decision is overturned."

The California Attorney General's office stated to the B.A.R. that it is "reviewing the ruling to determine our next steps."

Updated, 7/21/21: This article has been updated to include comment from the state attorney general's office