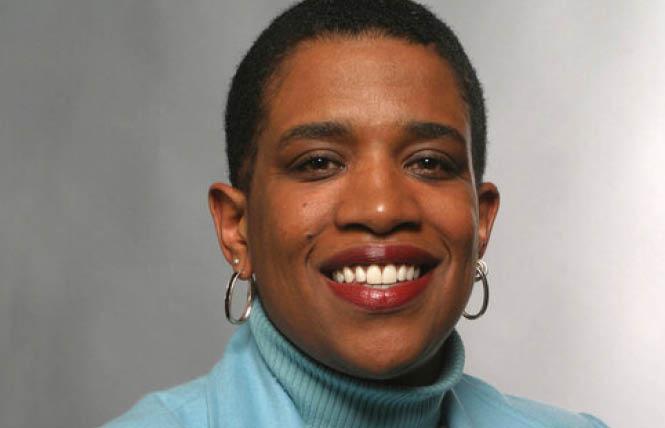 A board member of a San Francisco LGBTQ senior nonprofit will serve as the city's new aging and disability director.

Kelly Dearman, a director of Openhouse, will serve as executive director of San Francisco's Department of Disability and Aging Services, Mayor London Breed announced May 6. Dearman, who will start May 24, is succeeding Shireen McSpadden, one of the city's highest-ranking bisexual leaders.

McSpadden departed May 1 after Breed tapped her to lead the Department of Homelessness and Supportive Housing. She had led DAS, as the city agency is known, the past five years and had won plaudits for addressing the needs of the city's growing LGBTQ senior population.

Dearman, 56, who lives with her husband, two children, and her parents in the city's Cole Valley neighborhood, currently serves as executive director of the San Francisco In Home Supportive Services Public Authority. The agency helps seniors and people with disabilities to live independently and participate in their communities.

"I have been focused on improving the lives of people with disabilities and older adults, and I want to thank Mayor Breed for the opportunity to serve the people of San Francisco in this new capacity," stated Dearman. "I look forward to utilizing my experience and my deep roots in San Francisco, and to expand on all of the accomplished work that has already been done at DAS."

Breed pointed to Dearman's "longstanding commitment to advocating for the rights of seniors and people with disabilities as well as her strong ties to the community" for why she felt she was "an excellent fit" to take over leadership of DAS.

"As our population continues to age, the department's efforts to ensure older adults and people with disabilities can live healthy, dignified lives is only going to become more important," stated Breed. "I am looking forward to working with Kelly as we continue San Francisco's ongoing efforts to make it easier for everyone, and especially our most vulnerable community members, to live and thrive in our city."

The mayor's office has yet to state what Dearman's salary will be at DAS. It is one of three departments under the umbrella of the San Francisco Human Services Agency. In addition to funding and overseeing services for adults with disabilities and older adults, from food programs to in-home care, DAS also is focused on the needs of veterans. It also administers the Dignity Fund, which provides guaranteed funding to help older adults and adults with disabilities age with dignity in their own homes and communities.

Ashley C. McCumber, a gay man who, as CEO of Meals on Wheels San Francisco, works closely with DAS told the Bay Area Reporter that Dearman will be "a true champion" for San Francisco's seniors and adults with disabilities communities.

"Kelly Dearman is the right choice to lead DAS in this unparalleled time," McCumber, who is currently out of state, wrote in an emailed reply. "She has been a leader in the senior and disability network for many years and knows on day one what it will take to continue the essential programs of the department as well how to work with community partners as we move out the pandemic."

Gay former supervisor and now BART director Bevan Dufty, who had served as the city's homeless czar under the late mayor Ed Lee, has long known Dearman and her family. Her father John, a retired judge, ran a law firm with future state lawmaker and mayor Willie Brown in the 1960s.

"She provided great leadership for the in home care authority and San Francisco has been a leader in terms of the consideration of the health and mental health benefits for these critical caregivers," said Dufty, who also worked in the Brown mayoral administration.

Martha Knutzen, a lesbian who is president of the San Francisco Disability and Aging Services Commission, said the oversight body was "very pleased" to recommend Dearman as the next DAS director.

"We are excited about the skills and experience she is bringing to our department, especially around her work with caregivers, and we're looking forward to having her guidance as we move forward with reopening and continuing to take care of our vulnerable populations," stated Knutzen. "We know she will bring a real compassion and energy to the incredibly important work of serving our seniors, our adults with disabilities, and our veterans."


Karyn Skultety, Ph.D., a bi woman who is stepping down as executive director of Openhouse in late May, told the B.A.R. the agency will be sad to see Dearman leave its board, which she had joined last July. Due to her overseeing contracts that Openhouse has with DAS and oversight of policy matters it advocates the city agency on, Dearman's continuance as a director of the nonprofit would be a conflict of interest.

"I am thrilled," Skultety said at the hiring news. "She is such a smart person and such an amazing leader. She is a genuinely kind, insightful, practical human being who gets things done and makes things better."

"With her deep level of commitment to serving those in need, I am confident that she will continue DAS' legacy of accomplishments by advancing the interests of older adults, people with disabilities, veterans and their families," stated Rhorer.

Dearman graduated from UC Berkeley and earned a JD from UC Hastings College of the Law. She also has an MA in Public Policy from Rutgers University. At the small law practice she had for a decade, Dearman specialized in elder issues and probate law. She had assisted in operating HSM Realty, Finance, Management, the Lower Haight real estate company founded by her grandmother more than 50 years ago that is now overseen by her sister, Tracy Dearman.

In 2008, Dearman co-founded SF Urban CHC, a nonprofit providing first time homebuyer education and financial literacy for low- to moderate-income San Francisco residents. In addition to serving on the board of Openhouse, Dearman also is on the boards of the Delancey Street Foundation and Goodwill San Francisco, San Mateo and Marin.