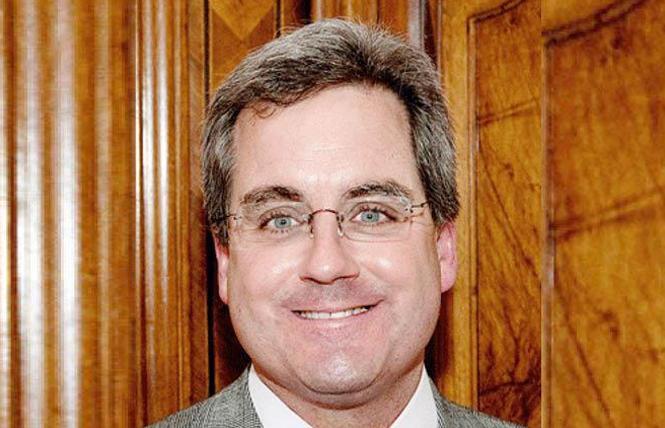 The five-member commission that oversees the SFPUC must now interview Herrera and forward him as a formal recommendation to the mayor. Then, once a contract is finalized, Herrera would be officially appointed by Breed and confirmed by the commission.

"Dennis is the right leader for the hard-working employees of the SFPUC and this city," stated Breed.

Herrera, a longtime champion of LGBTQ rights, is practically assured of running the agency, which his office has been investigating for alleged pay-to-play contracting violations. Previous SFPUC general manager Harlan Kelly was arrested last November by federal authorities on corruption charges.

It is part of an ongoing corruption investigation the U.S. Attorney's Office has been undertaking that has swept up officials from several city departments. It began with the January 2020 arrest of former Public Works director Mohammed Nuru on federal fraud charges and led to the resignation of Kelly's wife, Naomi, as city administrator earlier this year.

While she has not been charged with a crime, Naomi Kelly joined her husband on a family vacation to China in 2016 that federal investigators now claim was intended as a bribe of her husband. Walter Wong, a construction company executive and permit consultant, pleaded guilty to his role in the alleged pay-to-play scheme and implicated Harlan Kelly in it, as various media outlets have reported.

The scandal impacting the SFPUC went unmentioned by Breed in her announcement that she was putting Herrera in charge of the agency. It provides retail drinking water and wastewater services to the city, wholesale water to three Bay Area counties, green hydroelectric and solar power to Hetch Hetchy electricity customers, and power to the residents and businesses of San Francisco through the CleanPowerSF program.

Breed pointed to Herrera's various legal wins related to environmental issues in her statement, such as his being able to save state ratepayers $1 billion during PG&E's first bankruptcy in the early 2000s and, in 2009, his reaching a legal agreement with Mirant to permanently close the Potrero Power Plant, San Francisco's last fossil fuel power plant. The deal also included Mirant paying $1 million to help address pediatric asthma in nearby communities, noted Breed.

Breed also pointed to Herrera defeating in 2018 an attempt to drain the Hetch Hetchy Reservoir in Yosemite National Park, calling it "the crown jewel of the SFPUC system," as it provides emissions-free hydroelectric power and clean drinking water to 2.7 million Bay Area residents. And she noted Herrera's efforts before the Federal Energy Regulatory Commission and the courts to fight PG&E's "predatory tactics to grow its corporate monopoly by illegally overcharging public projects like schools, homeless shelters and affordable housing to connect to the energy grid."

"Dennis has been a great champion in San Francisco across a wide range of issues from civil rights to protecting our environment, and most importantly he has been someone who always puts the people of this city first," stated Breed. "By bringing his experience in office and his commitment to public service to this new position, I am confident the SFPUC will be able to deliver the high-quality services our residents deserve while continuing to advance nationally-recognized programs like CleanPowerSF and pursue ambitious efforts like public power."

Herrera, first elected in 2001 as city attorney, stated he "will always cherish the groundbreaking work" his office has achieved over the last two decades. In terms of LGBTQ rights, he and his team of attorneys won marriage rights for same-sex couples in 2008 in a case sparked by former mayor and now Governor Gavin Newsom's decision in 2004 to ignore the state's prohibition on same-sex weddings.

More recently, Herrera was successful in his legal fight to delay the Trump administration from implementing a rule that would allow health care staff to refuse to provide medical treatment to people, such as LGBTQ individuals, even in emergencies.

"We advanced equality for all, pushed affordable housing at every turn, gave our children better opportunities to grow and thrive, and took innovative steps to protect the environment," stated Herrera. "We never shied from the hard fights. Above all, our approach to government has had an unwavering focus on equity, ethics, and integrity."

Being able to now pivot and address climate change through the policies and positions taken by the PUC is a major factor Herrera pointed to for why he wants to take on "this new challenge" and lead the agency.

"Public service is an honor. When you see a need, you step up to serve," he stated. "The test of our age is how we respond to climate change. San Francisco's public utility needs clean, innovative and decisive leadership to meet that challenge."

Herrera also alluded to the federal corruption probe that brought on the possibility of his becoming the PUC's general manager.

"I am ready to take the lead in ensuring that all San Franciscans have sustainable and affordable public power, clean and reliable water, and, overall, a public utility that once again makes them proud," he stated. "I want to thank Mayor Breed for this unique opportunity to stand up for ratepayers and usher in a new era of clean leadership at the top of the San Francisco Public Utilities Commission."

City attorney speculation
It will be up to Breed to appoint someone to serve out Herrera's term as city attorney, which runs through January 2023. The person would not have to run until November 2022, unless the election is combined with the expected recall of Newsom this fall.

Among the speculated possible picks has been gay state Senator Scott Wiener (D-San Francisco), who worked for Herrera as a deputy city attorney. But he told the Bay Area Reporter Monday that he "isn't pursuing" being named Herrera's successor.

"I'm not done being a legislator and want to continue our work on housing, mental health, criminal justice reform, LGBTQ rights, and other key issues," Wiener wrote in a texted reply. "As a former deputy city attorney, I know firsthand how amazing the San Francisco City Attorney's Office is. While serving as city attorney would be a huge honor, the timing is not right for me and for our work. So I'm not pursuing the appointment. I'm confident the mayor will make an excellent choice."

Another potential city attorney pick would be gay District 8 Supervisor Rafael Mandelman, who is seen as having a good working relationship with Breed and had been a deputy city attorney in Oakland prior to being elected to the Board of Supervisors two years ago.

Mandelman did not immediately respond to a request for comment for this story.

A less likely pick for Breed would be gay former supervisor David Campos, a progressive who chairs the San Francisco Democratic Party. Campos also worked for Herrera's office years ago and has long been talked about as likely to run to succeed him whenever he decides to depart.

Campos told the B.A.R. Tuesday that he has not made a decision on whether to run for city attorney. 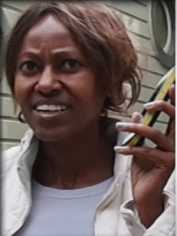