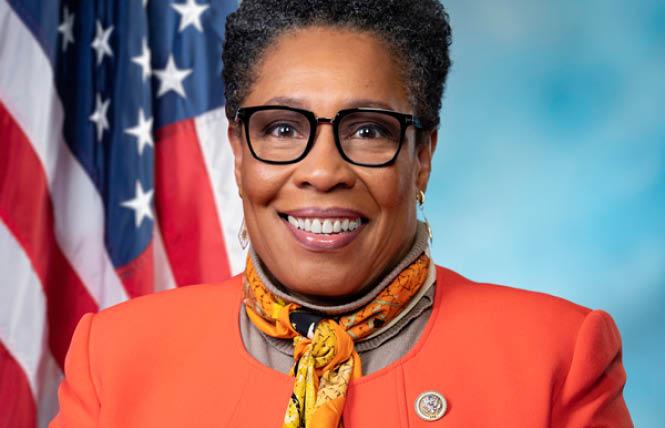 The Biden administration announced on Thursday (April 22) that it has formally withdrawn a rule proposed in the Trump era by the Department of Housing & Urban Development that would have allowed taxpayer-funded homeless shelters to turn away transgender people on the basis of their gender identity.

HUD Secretary Marcia Fudge said in a statement the proposed regulation, which would have weakened the Equal Access Rule barring discrimination in housing against LGBTQ people and was widely expected to be scrapped in the Biden administration, won't be implemented.

"Access to safe, stable housing — and shelter — is a basic necessity," Fudge said. "Unfortunately, transgender and gender-nonconforming people report more instances of housing instability and homelessness than cisgender people. Today, we are taking a critical step in affirming HUD's commitment that no person be denied access to housing or other critical services because of their gender identity. HUD is open for business for all."

The Trump administration ended this year without making the HUD rule final, which was proposed in July 2020 under former HUD Secretary Ben Carson. It's not clear why HUD never went through with making its rule final unlike other changes undoing regulations barring discrimination on the basis of transgender status made during the Obama years, which could be due to the volume of comments, public backlash over the anti-trans regulation, or simply incompetence in the Trump administration.

Meanwhile, other regulations seen to enable anti-LGBTQ discrimination went into effect, such as a rule undoing LGBTQ discrimination protections among Department of Health and Human Services grantees, including adoption and foster case centers, and a rule expanding the religious exemption in former President Barack Obama's executive order barring anti-LGBTQ workplace discrimination among federal contractors. Because those rules went into effect, they can't be as easily withdrawn as the proposed HUD regulation because of the Administrative Procedure Act, a law governing federal regulations.

Nonetheless, the website for the White House Office of Management & Budget continued to indicate the proposed HUD rule was slated to go into effect in April 2021. The announcement to reject the proposed rule formally takes the proposed regulation off the books.

The Trump administration's proposed regulation would have allowed federally funded single-sex homeless shelters to turn away transgender people seeking emergency housing. The sole basis would be the staff perception on whether or not that transgender person appears sufficiently masculine or feminine to be housed in that facility.

The legality behind the proposed rule was dubious in the wake of the U.S. Supreme Court ruling last year in Bostock v. Clayton County, which found anti-LGBTQ discrimination is a form of sex discrimination, therefore illegal under Title VII of the Civil Rights Act of 1964. The underlying reasoning behind the decision applies to all laws banning sex discrimination, essentially making anti-LGBTQ illegal in employment, housing, credit, health care, education, and jury service.

Meanwhile, HUD under the Biden administration announced earlier this year it would fully implement the Bostock decision in its application of the Fair Housing Act and take up cases of anti-LGBTQ discrimination in housing, which is consistent with the Supreme Court's decision and the executive order Biden signed on his first day in office ordered federal agencies to implement the ruling across the board for all laws barring sex discrimination.

Rodrigo Heng-Lehtinen, deputy executive director for the National Center for Transgender Equality, said in a statement the withdrawal of the proposed Trump-era HUD rule demonstrates the Biden administration's commitment to transgender people.

"The Biden administration is living up to its commitment to protect transgender people from discrimination. Today's announcement by Secretary Fudge is an important step in ensuring access to safe, affirming housing for transgender people," Heng-Lehtinen said. "This is a decision that will save lives, and help transgender people experiencing homelessness receive the assistance they need."

"We are thrilled to see today's announcement, which is further confirmation that this administration is committed to ensuring that LGBTQ people are not turned away from federally-funded services and programs," said NCLR legal director Shannon Minter, a trans man. "Access to homeless shelters is often a matter of survival for trans people, who are more likely to be homeless, to lack secure housing, and to be the victims of domestic violence."