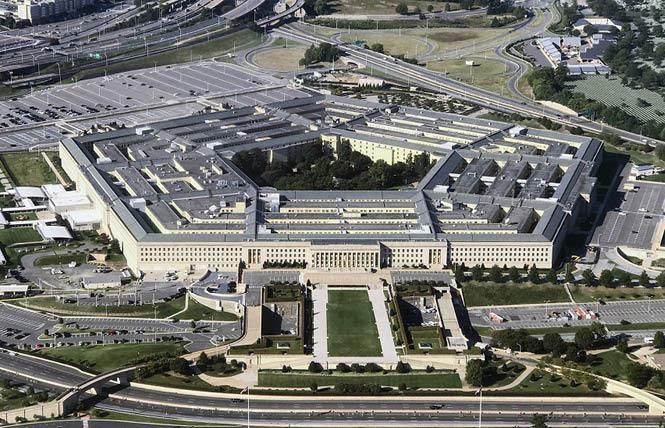 Defense Secretary Lloyd Austin said departmental policy has been updated "governing the open service of transgender individuals in the military."

News of the policy changes — implementing President Joe Biden's executive order ending an effective ban on openly transgender service members that had been put in place by the Trump administration — were first told to the Associated Press by Pentagon officials, as the Bay Area Reporter reported that day.

As the B.A.R. also reported, Biden had signed an executive order January 25 ending the ban shortly before the swearing in of Austin.

While this went into effect immediately, DOD officials confirmed to the AP that they were soon going to announce new policies to replace those that had been reversed. These regulations will reportedly allow trans people to get transition-related health care. Pentagon officials are giving departments and service components a short implementation period of 30 days to update their policies.

SPART*A Pride, a trans military advocacy group, stated that it "joins the thousands of transgender service members across the Department of Defense and the Department of Homeland Security in celebrating the release of new guidance that provides a path to open service."

"We're extremely happy to see a return to open service," SPARTA communications director LeAnne Withrow, a trans woman who is also a staff sergeant in the Army National Guard, stated. "This new, more inclusive policy will enhance the force and strengthen America's military by ensuring that qualified, capable service members are both able to serve and to receive the medical care they are entitled to."

Bree Fram, a trans woman who is the vice president of SPARTA, said that trans personnel who receive proper health care can be more effective.

"We applaud this step to ensure the Department of Defense provides inclusive policy to attract and retain the best and brightest our nation has to offer," stated Fram, a U.S. Air Force lieutenant colonel. "Military personnel reach maximum effectiveness when they have access to all medically necessary care and we are excited that this policy extends that access to transgender service members. Additionally, opening recruitment to transgender individuals ensures an extremely talented and motivated pool of people that this country needs have the opportunity to serve in uniform."

Positive reaction from other pro-equality forces was swift.

House Speaker Nancy Pelosi (D-San Francisco) noted the timing of the memo, falling as it did on the Trans Day of Visibility, and stated that people have the Democratic Party to thank for civil rights advances.

"This important step keeps the promise made by President Biden in his first week of office to reverse the hateful Trump assault waged against the thousands of transgender Americans who serve in our military," Pelosi stated. "Thanks to the courageous advocacy of the LGBTQ and military communities and the leadership of Democrats, transgender servicemembers will now have access to the essential medical treatment needed to transition, to protections against discrimination and to the freedom to serve openly under their self-identified gender.

"At the same time, with this action, our military readiness will be enhanced, our core American values will be honored and those with the strength and bravery to serve will not be turned away because of who they are," she continued. "Under Democrats, America's defense strategy will be dictated by the priorities of security, stability and strength. On this day and always, Democrats stand with all members of the trans community in defense of their rights and dignity."

"Following the historic second repeal of the transgender service ban, this updated policy provides necessary guidance to support the open service of our transgender military members and the accessioning of new recruits," Jennifer Dane, the executive director of MMAA, stated. "We are beyond proud of the brave and resilient transgender service members who have fought hard to keep their rightful places amongst the ranks and thrilled to have a policy in place that will enable all other qualified and capable recruits to join them in serving our nation."

VA makes changes for trans veterans
The news at the Pentagon comes less than a week after Denis McDonough, secretary of the Department of Veterans Affairs, announced that his agency will be making changes to better protect the rights of trans veterans as part of its own compliance with Biden's January 25 executive order.

"I will be issuing a memo to all administrations and staff offices to conduct a policy review to determine whether any regulations, directives, policies and procedures require revision to promote equity for and inclusion of [LGBTQ] veterans, families, caregivers, survivors or employees [and] design and implement a remediation plan if the review identifies discriminatory policies toward LGBT beneficiaries and employees," McDonough stated March 26.

"People look for just any excuse they can find to deny people their rights," Meyer said. "You're going to see a whole lot of pushback from people who earn a living serving veterans, who are going to try to deny trans people. I hate to be cynical but I get all the complaints."

Dane tied the VA's announcement to the Austin memo.

"We are grateful that the VA and DoD are in lockstep for transgender inclusive care and are hopeful for continued visibility and access to affirmative care for the LGBTQ military and veteran community," she stated.

Withrow wrote in an email to the B.A.R. that SPART*A members are "extremely excited" about this announcement, too.

"At a time when there are numerous examples of anti-trans policies and legislation being proposed around the country this is a welcome step in the right direction," Withrow atated. "Transgender service members and veterans deserve the same standard of care as their cisgender counterparts, and we are hopeful that this review will result in a more equitable healthcare system for America's veterans."

Updated, 4/7/21: This article has been updated with additional comments from SPART*A.