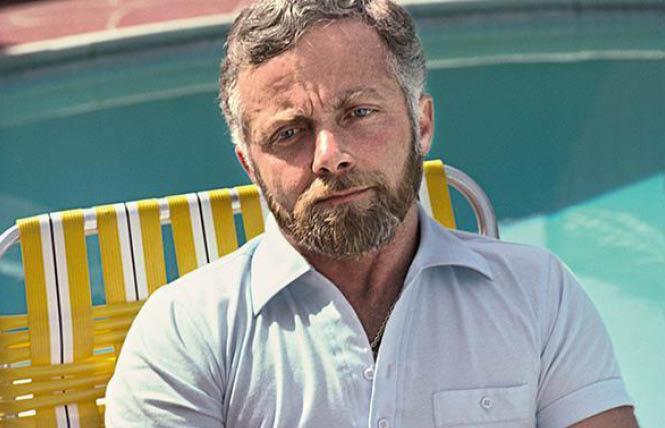 The Emeryville school board has issued an official apology to the late Steve Dain, a trans man who was fired in 1976 after receiving gender confirmation surgery.

The apology was approved in a unanimous vote at the March 10 meeting of the trustees.

"The Emery Unified School District Board of Trustees would like to apologize for the employment termination of teacher Steve Dain," the apology states, in part. "As a district, we understand the personal hardships, needless expense, and overarching injustice Mr. Dain incurred fighting the unjust decision preventing him from returning to Emery High.

"We regret the harmful actions taken by the district at that time," the statement continues. "Mr. Dain was right to expect to return to his job. In no uncertain terms, the current school board would never support the termination of a person due to their gender and/or sexual orientation just as we would not support any negative action based on bias."

As the Bay Area Reporter previously reported (https://www.ebar.com/news/news//301239), in May 2020 the City Council voted unanimously to name the block of 47th Street between San Pablo Avenue and Doyle Street (at the high school) after Dain. In January, the City Council approved the last step of the street renaming project.

Gay Emeryville City Council member John Bauters said this week that the city is awaiting a delivery date from the sign company.

The City Council vote came almost two years after a 2018 meeting of the school board when on June 26 of that year — the Wednesday before Pride was celebrated in San Francisco and many other major cities — the school board decided not to name the gym for Dain during what the B.A.R. referred to as an emotional and tense meeting.

Collins, now the board president, made the text of the resolution available to the B.A.R. and responded to questions.

When asked if the gym-naming decision had been a mistake, Collins responded, "Our protocol for naming buildings is to solicit feedback from the community and our stakeholders. The decision to name the gym after Elio Abrami was a result of that feedback. So no, our role is to listen to the community and make decisions based on that and that is what we did."

Collins stated that she hopes this will help LGBTQ people in the school district.

"We hope that this is another step toward creating a district that says 'you belong here, you are safe here, we see you, we accept you,'" she stated. "We are listening and making changes. We are learning and growing. The Equity and Inclusion Committee was formed to promote our values of social justice, inclusive practices, and equity and this is the first action of the committee. Another action of the committee is to work with the Curriculum Committee to incorporate LGBTQ and gender-inclusive professional development training and resources."

Susan Donaldson, the school board vice president, suggested the board apologize to Dain, Collins stated.

Donaldson did not respond to a request for comment.

"We felt it was necessary," Collins stated. "It was necessary in the context of the events of the past year, including the continuing struggle in our broader society to realize its highest ideals regarding equity, inclusion and human rights and the social upheaval surrounding the Black Lives Matter movement."

The Emeryville Tattler, which has also reported on the Dain controversy, first reported the school board's apology.