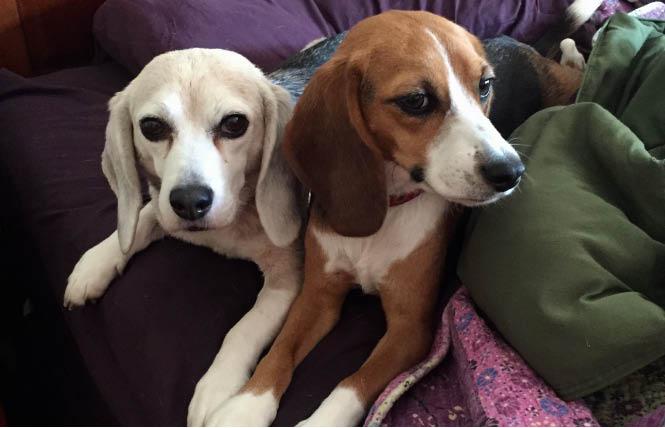 State Senator Scott Wiener (D-San Francisco) has introduced legislation to prohibit the use of dogs and cats for toxicity testing for products such as pesticides, food, and drugs. This bill exempts the testing of pet products and biomedical products.

"Dogs and cats should not be subjected to unnecessary and inhumane toxicity testing that doesn't have useful health outcomes," Wiener, a gay man, said in a news release. "We should make sure that if testing is done on dogs and cats, that it is humane and has an actual medical value. Animals deserve better treatment and should not be subjected to harmful testing simply because they can't say no."

Dogs and cats are frequently used to test consumer products, such as cosmetics and food additives, as well as new medications. But technological advances now provide other testing methods that can spare the use of animals and may be more accurate.

According to the U.S. Department of Agriculture, there are approximately 600 dogs located at 10 facilities in California that perform toxicity testing. The dogs, usually beagles, are bred specifically for research.

These research animals are often exposed to chemicals via forced ingestion or inhalation. In some cases, they are intentionally given doses already known to be fatal, according to the statement from Wiener's office. They may experience symptoms such as vomiting, convulsions, respiratory distress, rashes, and paralysis. In some cases, they are killed for further analysis. What's more, laboratory dogs and cats spend much of their lives in cages and are deprived of social contact with people and other animals.

A California law, passed in 2016, requires that dogs and cats used for research at universities or other institutions must be offered to an animal adoption or rescue organization when they no longer needed. In some other states, such animals are routinely euthanized.

Studies show that animal toxicity tests are unreliable, do not ensure human safety, and have serious scientific limitations, according to Wiener's statement. Nearly 90% of drugs that are first tested in animals end up failing when later tested in humans, often due to unanticipated toxicity.

Senate Bill 252, also known as the PET (Prevent Extraneous Testing) Act, would put an end to unnecessary testing, but it would not affect testing required by federal statutes or biomedical research. The bill, co-authored by Assemblymen Ash Kalra (D-San Jose) and Richard Bloom (D-Santa Monica), is sponsored by the Humane Society of the United States.

"The life of a dog used in toxicity testing is one filled with fear and unnecessary suffering," the Humane Society's California director, Sabrina Ashjian, said in the statement. "This bill can protect hundreds of dogs each year. With modern technology, there is no need for these antiquated tests."