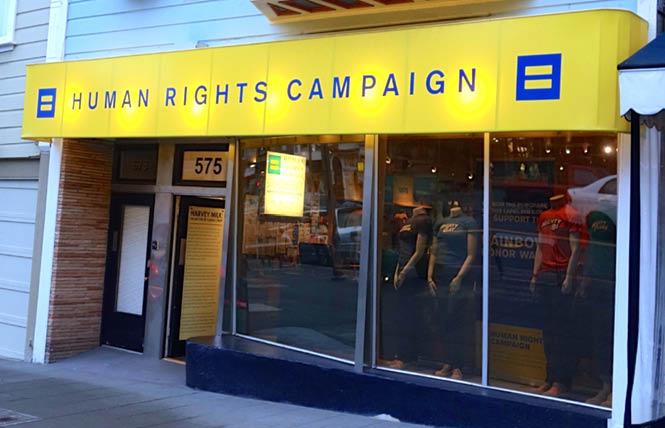 With the lease for its Castro store not renewed, the Human Rights Campaign will move out of the historic storefront in April, the LGBTQ organization announced Friday. The news comes as talks are underway to designate the former location of the late gay supervisor Harvey Milk's camera store and residence a national park site.

The Bay Area Reporter has learned that representatives with the GLBT Historical Society and the National Parks Conservation Association recently met with gay District 8 Supervisor Rafael Mandelman to discuss the possibility of seeing the property at 575 Castro Street become part of the National Park Service. The building is already a San Francisco city landmark.

During the Obama administration, when there was a push to landmark historic LGBTQ sites across the country, preservationists had raised the possibility of adding the property where Milk had his camera shop and launched his campaigns for political office in the 1970s to the list of places on the national register. But those talks never progressed beyond the idea stage and were largely shelved during the Trump administration.

The property is owned by an LLC whose manager is James Nunemacher, the founder and CEO of Vanguard Properties. Reached by the B.A.R. Friday Nunemacher declined to provide details about what the plans are for the Milk historic site. Nor would he disclose if the storefront would be leased out in the interim.

"We are working on something much larger," he said.

He did say he had been in contact with proponents of registering the property as a national historic site. But he said he was "not at liberty" to divulge any details at this time and didn't expect to be able to for another year at least.

"We made it a deal not to say anything at all," said Nunemacher, who did say about the potential plans for the property, "we are excited about it."

Elliot Richardson, a cultural resources analyst with the National Parks Conservation Association, told the B.A.R., "It is something we are considering but are not prepared to make a comment at this time."

Terry Beswick, executive director of the GLBT Historical Society, told the B.A.R. the national parks nonprofit is interested in acquiring the property in order to make it a national monument. The proposal is in its early phases, he added.

"I have been working with them and putting them together with community leaders and sort of sussing out the idea," said Beswick. "The National Parks Conservation Association already has got a campaign developed in-house. Their hope is to move ahead and get this done."

After being contacted by the B.A.R. Friday, Mandelman's office reached out to Nunemacher to inquire about what the plans are for the property. Mandelman told the B.A.R. he was disappointed to hear that the HRC store would be closing.

"That is saddening, another vacant storefront the neighborhood doesn't need," he said. "It is a loss of what has become an important presence in the Castro."

Mandelman began to discuss his recent meeting about the building becoming a part of the National Park Service to create a historic site in the Castro LGBTQ District similar to what happened with the Stonewall National Monument, which encompasses New York City's Stonewall Inn as well as the streets and park in front of the gay bar where patrons rioted against police harassment in 1969.

"This is a complicated story. I don't have all the details on," said Mandelman, who had to cut short his interview with the B.A.R. due to a fire that broke out in a residential section of the Castro.

Mandelman legislative aide Jacob Bintliff told the B.A.R. that the supervisor's office is supportive of seeing the site receive national recognition for its historical importance. He also said they would prefer to see the storefront be leased out while the plans for the property are finalized and have reached out to Nunemacher after learning from the B.A.R. that the HRC store would close.

"Our office would not like to see it be a vacant storefront at any time," said Bintliff. "We would love to hear what their plans are."

Because it is a city landmark, any proposed development for the property would need to win approval from the San Francisco Historic Preservation Commission. The landmark prevents any significant changes to occur to the building's facade.

The store has been a draw for tourists from around the globe and is where the annual candlelight march in honor of Milk and the late mayor George Moscone, who were both assassinated inside City Hall the morning of November 27, 1978, most years ends at. It has also become a focal point for annual observations of Harvey Milk Day, a day of special observance in California held each May 22 on Milk's birthday.

Having to close its store is "heartbreaking," said Don Kiser, HRC's director of consumer marketing. It has been the organization's only year-round store, as the only other one it operates is open seasonally in Provincetown, Massachusetts.

In a phone interview with the B.A.R. Kiser noted how people have gotten married in the store and people have come out of the closet there. Straight and LGBTQ parents have brought their family into the store, with some of their older children ending up working there.

The store will close sometime in April depending on when it runs out of its current merchandise. Castro resident John Winter, the San Francisco store manager, called working there "an honor" in a news release about the pending closure.

"Many different folks walk through these doors, some celebrate with you, some seek education about the LGBTQ community," he stated. "Over the years it's been amazing to watch history unfold in our neighborhood, and across the country. I'm grateful to have been a part of it at the Human Rights Campaign."

Given the inability to renew the lease, and the challenges of retail operations in a COVID-19 environment, HRC said in its statement that it had "made the difficult decision to permanently close the store." It will remain open from 11 a.m. to 6 p.m. Thursday through Sunday until its shut-down date.

"We are incredibly appreciative to the San Francisco community for 16 rewarding years in our Castro district store. It has been a privilege to be able to fight for equality on the same ground as LGBTQ civil rights pioneers," stated HRC President Alphonso David. "The Human Rights Campaign has been honored to hold space within the birthplace of the queer movement, where our politics and our power have long been nurtured." 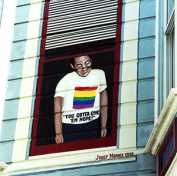 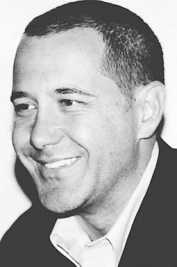 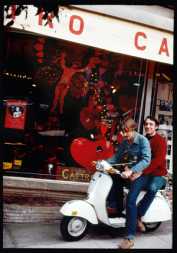