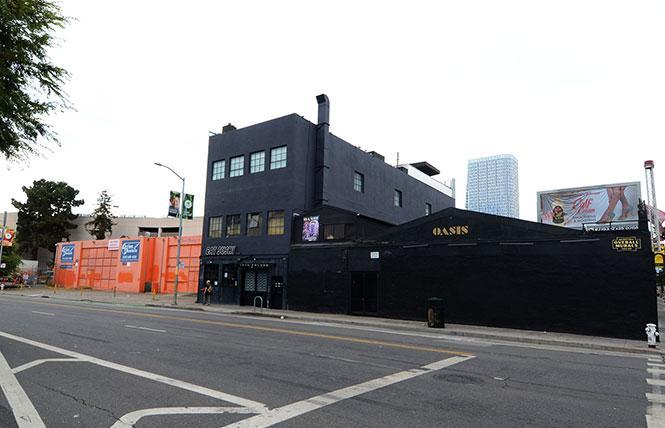 The commission voted 7-0 February 18 to OK the project at 1560 Folsom Street.

As the Bay Area Reporter previously reported, the Leather and LGBTQ Cultural District had been working with the project developers on multiple fronts in order to facilitate a good relationship in a neighborhood historically divided over space — a fact that Eric Tao of L37 Partners, which is behind the project, touted during his presentation before the commission.

"We worked very closely with Bob Goldfarb to address the Leather-LGBT cultural district issue," Tao said, referring to the board president of the leather district. "People who live in San Francisco know how vibrant 11th Street has been and should be. ... We talked to many proprietors and we hope they will be able to continue their businesses.

"We did sound testing, pre-COVID, and we agreed to go beyond the regular noise attenuation," Tao added. "We are also working with the LGBT cultural district to create a streetscape that is reflective of the district and its culture."

Goldfarb, a gay man, called into the planning commission meeting to voice his support for Tao.

"We have reached an agreement with the project developers and are satisfied they are embracing our vision for the neighborhood, and so we urge you to approve," Goldfarb said.

Noise emanating from the long-established LGBTQ bars and nightclubs into the early hours of the morning in SOMA, in particular, has been an issue with some neighbors in the past.

In an effort to stop such problems before they start at this site, the city's entertainment commission last summer had made several noise abatement recommendations that were agreed upon by the developers. These included windows that will have more ability to reduce sound penetration than standard single pane windows, according to a copy of the recommendations reviewed by the B.A.R. 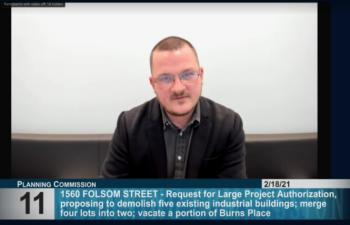 The developers not only agreed to cooperate with the cultural district regarding street art, but will also notify incoming residents about the noise that may come from the pre-existing nightclubs and entertainment venues in the area, according to Michael Christensen, who is on the staff of the planning department.

"The project sponsors met with the district and received a letter of support from the cultural district citing very positive discussions with the sponsor and their support for the cultural district's vision," Christensen said, adding that the parties entered into "a private agreement to address concerns during subsequent meetings."

Neither Goldfarb nor Tao have responded to requests for comment as of press time.

$160 million price tag
When completed — Christensen said that it probably won't even break ground until the end of COVID-19 restrictions — the housing project should come in at a price tag of $160 million, and include 244 total rental units, according to L37's website. (L37 Partners is a combination of Tao's AGI and Group i, led by Joy Ou.)

"The project design has evolved over the course of review, particularly in response to department comments," Christensen said.

As the B.A.R. previously reported, the project had been delayed some months due to the need to widen a sidewalk to comply with the Americans with Disabilities Act.

Christensen added that the building should be compatible with the surrounding neighborhood, which "includes residential property, multi-use, and nightlife/entertainment."

The project will require the demolition of five existing industrial buildings and the merger of four lots into two.

Tao said that while the surrounding area is a very active neighborhood under normal circumstances, another reason why it stood out for development was because "nobody wanted to develop on this site."

Ultimately, the commissioners approved the project with the condition of acknowledging the need for outdoor open space in the area and encouraging the developer to provide that whenever feasible.

Commission Vice President Kathrin Moore said she would prefer if that space were on the south side of the project.

A representative of Oasis, which borders the future development, did not respond to a request for comment as of press time.