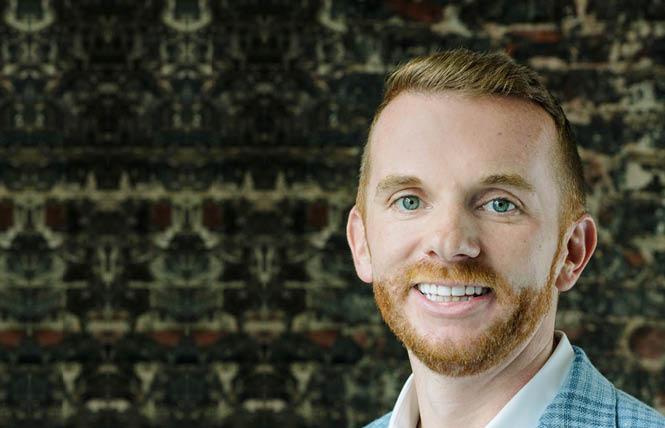 San Francisco AIDS Foundation CEO Joe Hollendoner will depart the agency in May to begin working at the Los Angeles LGBT Center, which he will lead in 2022. Photo: Courtesy SFAF

The CEO of the San Francisco AIDS Foundation will be stepping down in May so that he can succeed the current CEO of the Los Angeles LGBT Center next year, both organizations announced in separate news releases January 27.

Joe Hollendoner, a gay man, has led SFAF since 2016, as the Bay Area Reporter previously reported, coming to the West Coast from Chicago. He will join the center's staff in July.

"Leading San Francisco AIDS Foundation with its incredibly talented and dedicated workforce has been an incredible experience that has meant so much to me professionally as well as personally," Hollendoner said in the agency's release. "I am proud of what we have achieved together, and am certain that the board will find a new CEO who will champion health justice and continue our commitments to transforming SFAF into an anti-racist organization.

"Racial disparities in health and in HIV are injustices and we must continue to do everything we can to break the systemic barriers that prohibit all people living with or at risk for HIV from thriving," he added.

Lorri L. Jean, a lesbian, announced in September that she would be departing from the role as CEO of the LA center in July 2022, as the B.A.R. previously reported. At that point, Hollendoner will assume the role.

Jean built in a transition process for her successor, who will serve as executive director before becoming CEO.

"Joe will be joining the center this July to work alongside Lorri and senior staff for an entire year to assure a smooth transition by the time Lorri steps down," Gil Diaz, a spokesman for the LA center, wrote in an email. 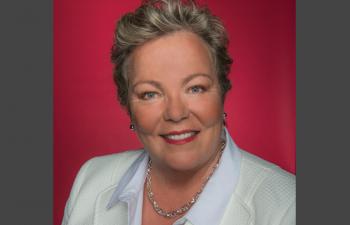 Jean served as executive director of the center from 1993 to 1999 and has served as CEO since 2003. She helmed the National LGBTQ Task Force for a time in between her stints at the LA center.

"I am delighted that the board selected Joe," Jean stated in the LA center's news release. "He has been an extraordinary leader at the San Francisco AIDS Foundation, with whom we partner on the AIDS/LifeCycle. I've seen him in action and watched him grow the foundation and infuse his progressive values throughout its work. I respect him, I like him, and there is zero doubt in my mind that Joe will become a successful and powerful leader of the Los Angeles LGBT Center."

Hollendoner stated it will be "an honor of a lifetime" to lead the LA center.

"I look forward to working with the center's board, staff, and partners to ensure that the Center not only continues to be a trusted provider of care to the communities it currently serves but that we deepen our work to address the racial disparities and systemic racism that prohibits all members of the LGBTQ+ community from thriving," Hollendoner stated in the center's release. "I also remain committed to maintaining and expanding the center's role as a national and global LGBTQ+ movement leader."

SFAF's board of directors announced it will begin the process of looking for a new CEO.

"While we are sad to see Joe leave San Francisco AIDS Foundation and the Bay Area, we are grateful for his principled leadership over the last nearly five years," SFAF board chair Maureen Watson stated in the foundation's release. "SFAF has become a stronger and more effective organization because of Joe's work developing our strategic plan and building a strong leadership team. I am confident that the Foundation will be able to continue to build on Joe's successful work."

The two organizations collaborate on AIDS/LifeCycle, which is expected to resume in person next year. This year a virtual model called TogetheRide is taking place.

"It is impossible to encapsulate Lorri Jean's full impact on the LGBTQ community, but she has been a pioneer and a force to be reckoned with during her four-plus decades of advocacy," the pair stated. "Lorri Jean will leave the Los Angeles LGBT Center as one of the most influential people to ever take up the fight for equality, and we're especially grateful for the way she has shepherded the Los Angeles LGBT Center into a world-renowned organization.

"Under her stewardship, the center now has multiple campuses, a fully functional health care center and pharmacy, transitional housing, and a retail cafe that is staffed by graduates of the center's culinary arts program — and all of this barely scratches the surface of Lorri Jean's accomplishments," Low and Eggman added. "We wish her the best as she moves closer to retirement, knowing full well that her legacy of saving lives and empowering members of the LGBTQ+ community will endure for generations to come."

The lawmakers are hopeful about Hollendoner's upcoming tenure.

"We also look forward to continuing our work with incoming executive officer Joe Hollendoner, who has been exceptional during his time with the San Francisco AIDS Foundation," they stated. "We have no doubt Joe will build upon the incredible foundation Lorri Jean has put in place."

Updated, 1/27/21: This article has been updated with comments from the California Legislative LGBTQ Caucus.

Updated, 2/5/21: This article has been updated with more recent salary information for the CEOs of SFAF and the LA center.