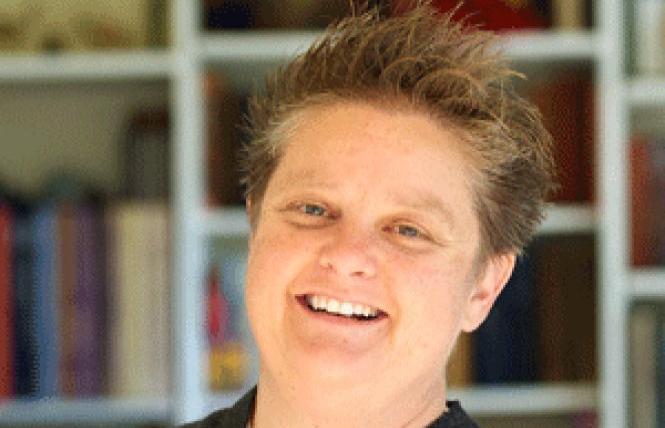 USA Powerlifting announced this week it will add a gender-neutral MX competition category at local, state, and regional levels starting January 1 — one of four new categories it is adding as it seeks to become more inclusive for athletes who live outside sports' historically rigid gender binary or have physical conditions that makes it difficult or impossible for them to compete under pre-existing rules.

"I'm thrilled," Ardel Thomas, the LGBT Powerlifting Union's intersex and nonbinary outreach representative, told the Bay Area Reporter. "I think it shows forward motion on their part. I feel like USA Powerlifting is making a very concerted effort. For them to recognize an MX category is phenomenal."

In a news release on its website, USAP said it would offer the four new categories — MX, adaptive athlete, para bench, and raw with wraps — beginning in the new year.

The MX division is one that is not delineated by sex as the men's and women's categories are. The LGBT Powerlifting Union debuted a gender-neutral MX category in powerlifting at its 2018 international championships. (See January 4, 2018 Jock Talk, "Powerlifting challenges gender binary.") USAP parallels that and significantly, uses the same weight classes that LGBT Powerlifting does.

Two of USAP's other new categories — adaptive athlete and para bench — are efforts to include lifters who physically otherwise might not be able to compete. The adaptive athlete division is for athletes who have conditions that make it impossible for them to meet some of the technical requirements of the lifts, such as fully extending knees or elbows or grasping the weight bar in an approved manner without adaptation. The para bench allows athletes with use of their legs to participate in bench press competition.

The fourth category allows lifters who are using no other specialized support equipment to compete while using knee wraps.

A major difference between the MX category in the LGBTPU and USAP is that USAP requires drug testing and said it will not allow testosterone use for any reason, even uses unrelated to competition such as part of medical maintenance for trans athletes or to counter facial wasting in AIDS patients.

"This new category provides dedicated competition space for any and all athletes no matter how they identify," USAP stated in its release. "MX category athletes follow the same rules of competition and are held to the same anti-doping requirements as all other categories."

The association also said it would work to try to create MX competitions nationally and internationally.

The blanket ban on even low levels of testosterone used for medical reasons will remain a stumbling block for many athletes, such as transgender athletes who use testosterone as part of their maintenance protocols or HIV lifters who are being treated for facial wasting. Therapeutic uses as an exception for testosterone are allowed under International Olympic Committee guidelines, but sports retain the power to set their own restrictions.

The LGBT Powerlifting Union, which does not drug test at its world championships, said it acknowledged "any attempt by mainstream organizations to make powerlifting and strength sports more welcoming and accessible for LGBT+ athletes and encourages continued consultation and dialogue over these matters. We are encouraged to see that USA Powerlifting has now started to consider transgender, nonbinary athletes, and intersex athletes, but are disappointed that they have chosen to miss an opportunity to engage with the IOC guidance over trans participation."

Backdrop of resistance
The introduction of a gender-neutral category into mainstream powerlifting comes against a backdrop of resistance to transgender inclusion in sports that has been growing over the past two years. (See February 7, 2019 Jock Talk, "The transphobia battle in sports.")

She said the organization would "continue fighting to hold USA Powerlifting accountable for their transphobic policies and to ensure every athlete, of every gender identity, has equal opportunities to compete in the sports they love."

USAP said, "With any new category or division, it is impossible to know all the answers when it is first established. The raw division started in 2007 and has gone through numerous changes through the years. We anticipate this to be the case with the MX category as well."

The LGBT Powerlifting Union has published a directory of LGBTQ-focused or -friendly organizations on its website. It will help organize the powerlifting competition at Gay Games 2022 in Hong Kong, which would be the first international multi-sport event to offer a third-gender category in any sport.

Thomas said the LGBT Powerlifting Union's decision to create its MX division came out of discussions held at the group's post-competition congress in 2017.

"Four of us signed up very grudgingly in the women's category but none of us identified that way," they said. "Honestly, I was always genderqueer. I never identified as a lesbian or a butch lesbian. We said, 'Why did we have to have gender markers?'"

Thomas, 56, teaches LGBTQ studies at City College of San Francisco. They competed in powerlifting in the Gay Games in 1998 in Amsterdam and 2002 in Sydney. They swam in the 2006 Gay Games in Chicago and competed in ballroom dancing in the 2018 Paris Gay Games.

Thomas said that the inaugural MX division in the LGBT championships in 2018 drew five or six competitors. That number went up in 2019, and currently one-third of the registrants for the 2021 championships are in the MX category.

The next LGBT Powerlifting Championships are scheduled for July 16-18 in Blackpool, Great Britain.