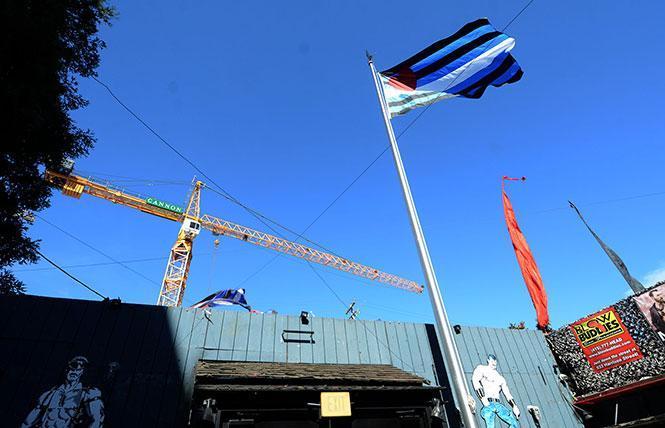 As the B.A.R. This text will be the linkpreviously reported>, the future of the establishment beloved for its Sunday beer busts on its outdoor patio, which have been put on hold due to the COVID-19 pandemic, is in question as the community wonders what will happen to it following the listing of its building. The newly built Eagle Plaza leather-themed public parklet on a portion of 12th Street is named after the bar and was championed by Montiel and his late business partner, Mike Leon, who died in 2019.

The building that houses the Eagle remains for sale.

Updated 4/12/21: This article has been updated to state that the building that houses the Eagle remains for sale. The article previously stated that it had been sold to a man but that information was incorrect.