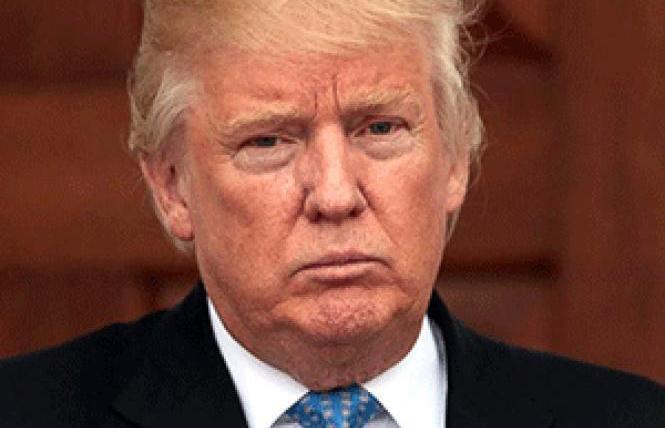 "In the last days of this administration, the rule change process is like a firehose," Jennifer C. Pizer, a lesbian who is the senior counsel and director of law and policy for Lambda Legal, told the Bay Area Reporter. "This is something the new administration should change as one of their first actions. A lot of proposed rule changes that we, and many others, opposed, are still going forward in their final form."

The rule changes were combined into what Lambda Legal calls a "monstrosity" — nearly 400 pages — covering the United States departments of Agriculture, Education, Health and Human Services, Homeland Security, Housing and Urban Development, Justice, Labor, and Veterans Affairs, as well as the U.S. Agency for International Development.

The rule changes are such that it is no longer required that faith-based federal contractors who provide essential services alert individuals being served that they can receive the same services from secular sources.

"The basic concept, for a long time, is that it was understood that the government shouldn't fund religion," Pizer explained. "A couple of decades ago, a law in Congress intended for faith-based agencies to serve the public in a secular way, if the way they serve people meets the usual standards, such as not proselytizing. They still couldn't use public money to exercise religion. None of us are required to get publicly-funded services in a religious environment."

With that principle in mind, the Obama administration tightened the rules so that beneficiaries of publicly-funded services from faith-based groups would have to be told they could access the services from nearby secular providers.

Further, secular providers had to be given priority so that the only contractor of federal services in a particular area is not necessarily an explicitly religious provider.

"The Trump administration turned this on its head," Pizer said, arguing that it is an undue burden that faith-based contractors must provide notice while secular contractors don't have to provide a notice.

The rules also take into account a novel interpretation of the 2002 U.S. Supreme Court case Zelman v. Simmons-Harris, which dealt with the issue of school vouchers. In a 5-4 decision, with the majority opinion written by the late Chief Justice William Rehnquist, the high court ruled that government funds could be used for private schools with mandated religious activities if the families had secular alternatives.

The idea behind the decision was that participation in religious activities must be truly of one's own volition and not due to a lack of options.

But the new rules extend the court's holding in Zelman from private schools to federal contractors, so that individuals may have "religious activities as a condition of receiving the social services," Pizer explained.

"The new Trump-Pence rule ignores that there must be multiple alternate, equally good quality providers readily accessible to the beneficiary so that the choice to be served in that religious environment is a free choice," Pizer said.

Lambda Legal is engaged in multiple suits against the Trump administration about rule changes in executive branch policies, as this column has previously reported. Pizer said that she can't state if the organization plans to sue over these latest rule changes.

While she is confident they will be changed, she hopes people's rights are upheld considering that access to social services is expected to rise this winter.

"This is part of the tension between, on the one hand, the free-exercise clause and the establishment clause," Pizer said. "We are quite worried here. In the midst of a pandemic, we may see a lot of people losing their housing. This is quite alarming, and we're definitely looking at it."

The White House and the Biden transition team did not respond to immediate requests for comment.

LGBTQ Agenda is an online column that appears weekly. It is on holiday break until January 12. Got a tip on queer news? Contact John Ferrannini at j.ferrannini@ebar.com