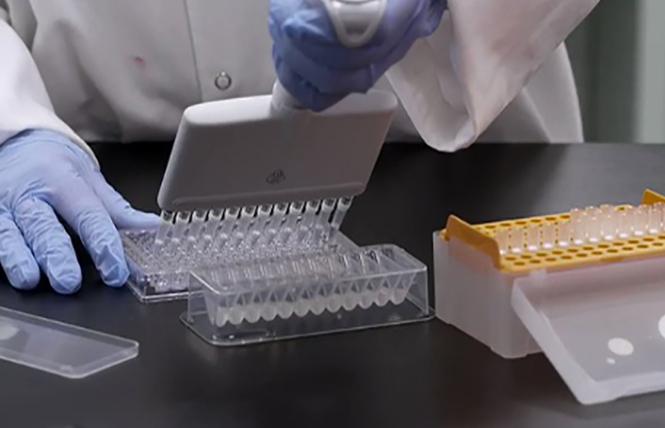 Two coronavirus vaccine candidates have shown they are more than 90% effective after phase 3 clinical trials.

Update: On November 18, Pfizer and BioNTech announced that a final efficacy analysis of a phase 3 clinical trial has shown that their vaccine is 95% effective. A total of 170 cases of COVID-19 were observed, with 162 in the placebo group and just eight in the vaccine group. Of the 10 observed cases of severe COVID-19, nine were in the placebo group and one was in the vaccine group. The vaccine was effective for people of all demographic groups, including those over age 65. The vaccine appears to be well tolerated, with no serious safety concerns reported to date. The companies said they plan to submit a request to the Food and Drug Administration for emergency use authorization "within days."

Update: On November 16, the National Institutes of Health and Moderna announced that their coronavirus vaccine candidate, known as mRNA-1273, was 95% effective at preventing symptomatic COVID-19 in an interim analysis of a phase 3 trial. This vaccine is likely to be easier to deploy than the Pfizer/BioNTech vaccine because it can be stored at minus 4 degrees Fahrenheit and can be kept in a standard refrigerator for up to a month.

As the Bay Area reporter noted in an article earlier this week, although the results are still preliminary and the data have not yet been published, this is promising news, suggesting COVID-19 vaccines may be more effective than expected. But even if one or more vaccines are approved by the end of the year, widespread deployment will take several more months. Bay Area hospitals and other front-line providers are already making plans to deploy the first vaccines that receive emergency approval.

"90% efficacy is far better than even most optimistic projections," Dr. Bob Wachter, chair of the UCSF Department of Medicine wrote in a tweet. "While being appropriately excited ... it's worth remembering that it probably won't make a material difference in everybody's life, schools [and] economy until next summer."

The Pfizer/BioNTech vaccine employs a novel RNA approach that has not been used in any approved vaccines to date. It uses lipid nanoparticles to deliver bits of genetic material encoding the SARS-CoV-2 spike protein, which the coronavirus uses to enter human cells. The vaccine causes cells to express the protein, which triggers an immune response.

The companies released interim findings November 9 from an international phase 3 trial that has enrolled more than 43,000 participants since late July, including some in the Bay Area. An interim analysis of nearly 39,000 people who received two injections of either the vaccine or a placebo found that a total of 94 developed symptoms. The reported 90%-plus efficacy suggests that fewer than nine of these cases were people randomly assigned to the vaccine.

A 90% effectiveness level is higher than many experts predicted for the earliest coronavirus vaccines. The federal Food and Drug Administration set a threshold of least 50% for a COVID-19 vaccine to be considered for approval. Seasonal flu vaccine effectiveness usually ranges from around 20% to 60%.

However, it is not yet clear whether the vaccine prevents people from becoming infected with the coronavirus in the first place, or whether it makes them less likely to transmit the virus, which will be key to herd immunity. It is also not yet known whether the vaccine will prevent hospitalization or reduce the risk of death. Finally, longer follow-up is needed to determine how long vaccine-induced immunity will last.

Pfizer did not offer new details about the vaccine's safety, but it was generally safe and well tolerated in an earlier phase 2 trial. The FDA is requiring companies to present two months' worth of safety data after study participants receive their second dose.

"Today is a great day for science and humanity," Pfizer chairman and CEO Albert Bourla said in a news release. "We are reaching this critical milestone in our vaccine development program at a time when the world needs it most with infection rates setting new records, hospitals nearing over-capacity and economies struggling to reopen."

Although the companies' announcement came just days after the November 3 election was called in favor of President-elect Joe Biden, Bourla stressed that the timing was based on science, not politics.

President Donald Trump had predicted that a vaccine could be available before the election, and he previously accused FDA officials of slowing down the process as a "political hit job."

Wachter credited the FDA for requiring adequate data before considering emergency use authorization, noting that a politically motivated premature approval "would have shattered public trust, and trust is everything when it comes to vaccines."

Approval and availability
Pfizer and BioNTech said they expect final results in a couple of weeks, at which point they could request emergency use authorization. Other companies with vaccines in phase 3 trials, including Moderna and AstraZeneca in partnership with the University of Oxford, are also expected to announce results and request emergency approval within a month or two.

If the FDA grants emergency authorization, the first vaccines could be available for people at highest risk of exposure, such as health care workers, by the end of the year. Next in line are vulnerable people who are more likely to develop severe COVID-19, including older people and those with underlying health conditions.

But vaccinating the rest of the population is likely to take far longer, even if multiple vaccines are authorized, as manufacturing, transporting, and distributing millions of doses is a major logistical undertaking. Pfizer and BioNTech indicated that they expect to produce up to 50 million doses by the end of 2020, to be allocated worldwide.

"The Biden team will be brand new and this will be the 2021 Logistical Olympics," Wachter tweeted. "I'm far more hopeful about this than I would have been under Trump, but there are bound to be hiccups."

The Pfizer vaccine has the added challenge of needing ultra-cold refrigeration at minus 94 degrees Fahrenheit, well below the temperature of standard freezers. The Sutter health system has acquired about a dozen large super-cold freezers, the San Francisco Chronicle reported. Kaiser Permanente may be ahead of the game, as it has experience providing the vaccine as one of the clinical trial sites.

"It is important to understand that the end of the battle against COVID-19 is still months away," Biden said in a statement. "This news follows a previously announced timeline by industry officials that forecast vaccine approval by late November. Even if that is achieved, and some Americans are vaccinated later this year, it will be many more months before there is widespread vaccination in this country."

Updated, 11/16/20: This article has been updated to include information on a second coronavirus vaccine candidate.

Updated 11/18/20: This article has been updated with additional information on Pfizer's vaccine.