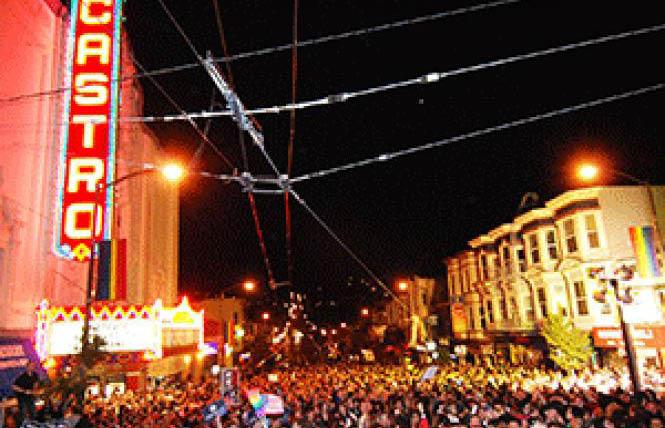 For decades the iconic Castro Theatre sign has lit up the nights in the city's LGBTQ district, and wowed residents and visitors alike particularly on historically busy Halloween and election nights in the neighborhood.

Now, due to the pandemic, the lights are off — but a nascent call on social media is asking for them to be turned back on.

Harry Breaux, a gay man who is a longtime community fixture, posted a message to the Castro Theatre management to Facebook urging it turn the lights on. He said he has tried to contact the theater but has not heard a response.

The theater, which has been at 429 Castro Street since 1922 — replacing a nearby theater built in 1910 — did not respond to multiple requests for comment from the Bay Area Reporter.

"The large sign and the marquee on the theatre was the beacon that we saw and it gave the Eureka Valley its new moniker, The CASTRO," Breaux wrote on Facebook about his first time seeing the lights when he first came to the Castro neighborhood in the early 1970s. "It pointed to a place in this country where tolerance and acceptance was available and many came. The sign on your theatre has great power, visually and psychologically. It has become the 'Heart of the Castro' in many ways."

David Cannon, who runs the Castro to Valencia Walking Around Facebook group, told the B.A.R. he too is supportive of the idea. He asked in a Facebook post "why couldn't the Castro CBD look into their budget to light up the symbol of gay San Francisco known throughout the world?" He was referring to the Castro/Upper Market Community Benefit District.

Comments have ranged from support to questions about whether a group like the Castro CBD, which receives most of its revenue from property assessments, should foot the electric bill or other costs for a private business.

"The psychological aspect of it got to me," he said. "The Castro just became a cultural district and many businesses are going through hard times; considering those two things, surely someone, somewhere, somehow can find out how to bring back light. It's a worldwide beacon: Castro and Market. I mean it was the leader of gay rights. A lot of people passed through there, a lot of people who aren't around anymore."