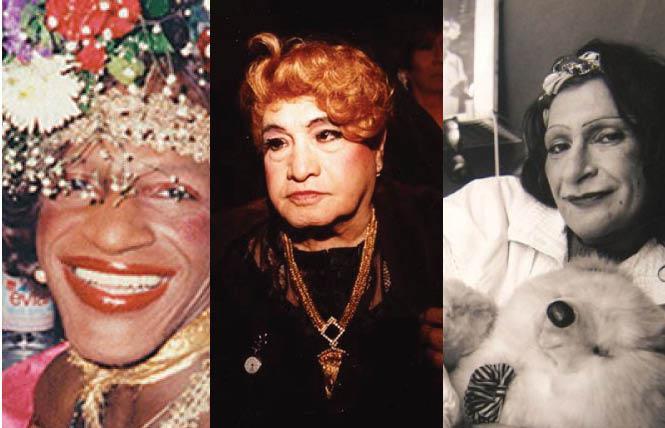 A San Francisco supervisor is seeking to have the city sign on to the campaign asking the U.S. Postal Service to issue stamps honoring three deceased drag icons who have become heroic figures within the LGBTQ community.

Gay District 8 Supervisor Rafael Mandelman introduced a resolution at Tuesday's Board of Supervisors meeting in support of seeing stamps featuring José Julio Sarria, Marsha P. Johnson, and Sylvia Rivera. They would be the first such stamps issued in honor of drag performers; the board is set to vote on the resolution at its last meeting during LGBTQ History Month Tuesday, October 27.

As part of its celebration of California's first 170 years as a state, the California State Library recently featured Sarria among the 170 stories it has been posting to mark the anniversary. It noted that his ninth place finish in the supervisor race made "city leaders take notice of a growing gay voting bloc."

Mandelman represents San Francisco's LGBTQ Castro district, which includes the one-block portion of 16th Street in front of the neighborhood's library that was renamed José Sarria Court. As he notes in his resolution, because of the drag trio's "historic contributions to the LGBTQ rights movement and the continuing need to increase the visibility of LGBTQ people of color in the United States, their appearance on United States Postal Service stamps would send a strong message of LGBTQ inclusion."

San Diego resident Nicole Murray Ramirez launched the campaign this summer after the Bay Area Reporter contacted him for comment about several stamps issued to commemorate the 80th birthday of Bugs Bunny depicting the animated rabbit in drag. It is believed to be the first time drag has been featured on U.S. stamps.

Postal committee will take up drag stamp request
Sign up!