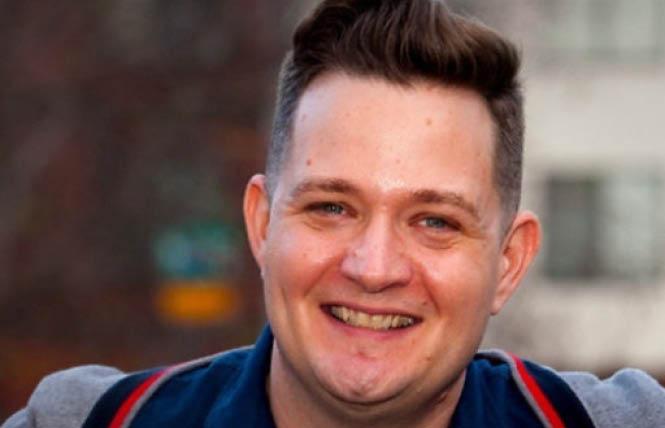 The largest-ever American study on the social and mental health of intersex adults was released October 9, revealing that the population experiences major health disparities.

"A national study on the physical and mental health of intersex adults in the U.S." was compiled by researchers at UCSF and the University of Nevada, Las Vegas with help from interACT: Advocates for Intersex Youth, with responses from 198 intersex adults, according to a copy obtained by the Bay Area Reporter before its Friday publication at 11 a.m. Pacific Time.

The report comes some nine months after gay state Senator Scott Wiener (D-San Francisco) had to shelve a bill in the Legislature that would have banned unnecessary medical procedures on infants who are intersex.

Senate Bill 201, which died in committee in January, would have postponed surgeries on intersex infants until they turn 6 years old unless they are needed to protect the health of the child.

The study showed that some 60% of those sampled showed indications of depression and/or anxiety via use of a screening tool, according to Jason D. Flatt, Ph.D., MPH, a gay man who is a UCSF co-author of the report.

"We're not saying we know what causes these, and we can't answer that, but the goal here is to show this community is experiencing a major health disparity," Flatt said. "Why can't we do more for them and engage them in research? This is just the first snapshot we have found."

The study is the opening salvo in ongoing research, Flatt said, adding that he wanted intersex participants to feel engaged in the study.

"We wanted to get out the information that we had been finding and we plan to do more work," Flatt said. "We wanted to do the study with the intersex community. Many previous studies were from doctors trying to see how they'd do with a surgery."

"Since the 1950s, medical care for intersex people has centered around surgical interventions in infancy that place individuals in binary sex categories without their consent, designed to 'fix' ambiguities," the study states.

"The focus on surgical intervention in childhood and infancy has contributed to a lack of understanding of the health needs of intersex adults over the life course," the study states. "There are typically no dedicated services or plans of care for intersex adults, although it is clear that health needs relating to intersex conditions themselves as well as the effects of hormones and surgical interventions may continue throughout life. Intersex adults may also face barriers to high-quality health care, including stigma and lack of health provider knowledge."

"This is a great start toward addressing the social and mental health issues that are overrepresented in intersex adults, whose bodies are shamed and stigmatized so young," stated Kimberly Zieselman, executive director for interACT and a co-author of the study, "We note that interACT also offers a hospital policy guide with detailed instructions for clinicians on providing competent care to intersex adults."

Flatt said that UCSF funded the study to the tune of about $10,000. The survey questions were hosted on Qualtrics and were asked from July-September 2018.

To read the study, click here, where it is posted with no paywall.

Updated, 10/12/20: This article has been updated with a more accurate definition of intersex.