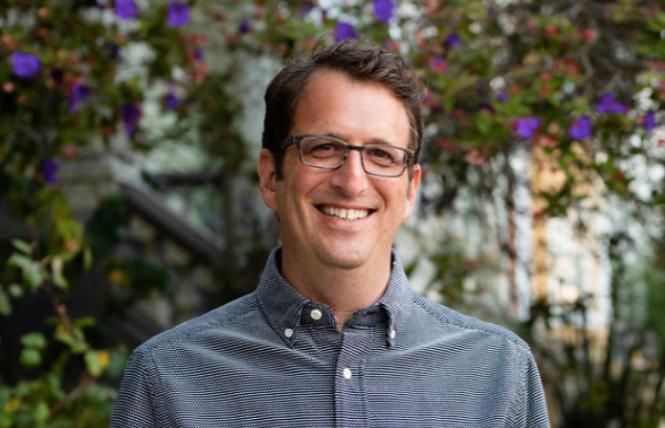 Supervisor Dean Preston is working with the DA's office to start at victim assistance programs for merchants in District 5. Photo: Courtesy Dean Preston

Under the program, qualifying District 5 businesses with a revenue under $25 million annually, and with a claim on or after March 17 of this year can be reimbursed up to $1,000 for replacing a storefront window.

Businesses have to present a claim within 120 days of future incidents and are eligible for up to two reimbursements a year.

The program is funded to the tune of $100,000, part of District 5's add-backs, according to Preston aide Avery Yu. The full Board of Supervisors approved the budget Tuesday 10-1, with District 2 Supervisor Catherine Stefani casting the lone no vote.

Preston cited the pandemic's economic toll as a reason for the program.

"Small businesses are barely making it, and many are closing," Preston stated in a news release. "I'm proud to partner with the district attorney's office on this creative approach to get crucial financial relief into the hands of struggling small businesses in District 5."

"Too often, crime victims are left to shoulder the losses from crime," Boudin stated. "In California, we have programs to assist victims of violent crime, but no state funding to help victims of property crimes. That's why I'm excited for this groundbreaking program to provide victim assistance to small businesses."

Michelle Polzine of the 20th Century Cafe, which serves Eastern European fare at Gough and Oak streets in District 5, had posted about vandalism on her Instagram page, which caught the attention of Preston's staff.

"Besides helping me speed up the permitting process — it's been four months already — after hearing about my experiences with broken windows, [Preston staff] approached other merchants and found others who were having similar experiences," Polzine said. "They proposed a very immediate, tangible solution to an ongoing problem to give already stressed businesses a little relief. We just need some immediate, common sense solutions to help relieve some of the pressure. It doesn't solve the big problems, but it helps keep us from giving up."

Businesses see need for help in Castro neighborhood
Masood Samereie, president of the Castro Merchants business group, wrote in an emailed statement to the B.A.R. that the program can serve as a "blueprint" for other districts facing similar challenges.

"We support District Attorney Boudin and Supervisor Preston for creating a blueprint for other districts on how to help small businesses that are truly struggling right now," Samereie stated. "Smashed windows and other vandalism just adds insult to injury for these business owners doing everything in their power to maintain the fabric of our neighborhoods. Helping to fix these situations that are completely out of their control will allow them to focus their attention and resources on how to reopen safely and bring customers back to our business corridors."

Terry Asten Bennett of Cliff's Variety on Castro Street stated she hoped that would be the case.

"I think it would be really helpful," she wrote in a Facebook message to the B.A.R. "Most deductibles are around $1,000 and that is about the cost of replacing my door, getting the film and the painting back on it, [and] so there is no point in putting in an insurance claim."

"Our front door was smashed in by a homeless kid, who took offense at our janitor asking him to move so he could bring the garbage out," she wrote. "I called the police. The individual was known to them. He was charged with a misdemeanor. After not hearing anything, I expressed my frustration at the lack of communication from the DA's office when Mr. Boudin attended the last merchant meeting. I was put in touch with the DA on the case and found out that a stay away order had been issued and that they are working to get the individual into treatment. ... The response was immediate and helpful."

Terrance Alan, owner of Cafe Flore at Market and 16th streets, told the B.A.R. that vandalism has worsened this year.

"We're in extraordinary times. In the case of Cafe Flore, we have large window frontage — it was, after all, a greenhouse," Alan said. "In the last three to four years we've had vandals break one window each year, maybe one-and-one-half windows on average. In [the past] six months we've had three windows broken and a fourth that's cracked and ready to shatter."

Alan said he looked into replacing the glass with plastic — but demand in light of the COVID-19 pandemic has so increased the price of plastic it is now more expensive than glass.

"There is a significant increase in mischievous vandalism," he said. "In maintaining the garden, our gardener saw — and attempted to stop — an individual from breaking one of our windows. He was not successful."

Alan said that neighborhoods with broken windows and plywood often inspire further social disorder — in what is often referred to as the "broken windows theory."

"It's too easy a target for someone who is frustrated," he said. "Some program of glass replacement would be a godsend in this time and keep the neighborhood beautiful."

(As the B.A.R. previously reported, it was announced at the start of this year that Alan's restaurant would be closing permanently. In July, however, he reversed course and announced it would reopen. Nonetheless, Cafe Flore remains closed because the decline in restaurant traffic since the onset of the COVID-19 pandemic wouldn't make opening profitable, Alan said.)

Mandelman said he is committed to exploring the possibility of a similar program in District 8 next year.

"It was funded out of District 5's add-backs, and we used ours in District 8 for other things like community ambassadors and other budget priorities," he explained.

Mandelman and Boudin are often asked about public safety issues at the monthly meetings of the Castro Merchants. Boudin was grilled on the issue by some of the merchants earlier this month.

The Castro has been dealing with petty crimes for years, but perhaps more noticeably since the onset of the pandemic. The neighborhood saw significant vandalism on Pride Sunday in June, coinciding with Pride marches against police brutality and racism.

Mandelman said his office is in communication with Boudin's on issues concerning the neighborhood.

"Our office has been in touch with him. I have not directly talked with him [since September 3]," Mandelman said. "Staff has been talking to him about different cases, making sure people are held accountable and getting help for people who are repeat problems for the neighborhood so they don't continue."