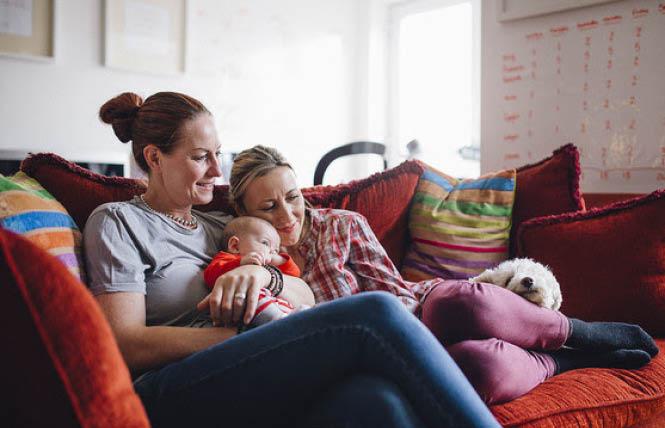 Same-sex couples are increasingly raising children and are out-earning straight couples, according to new data released Thursday by the U.S. Census Bureau. But poverty remains a key concern for many LGBTQ couples in America.

The snapshot of the country's LGBTQ households comes from 2019 American Community Survey findings analyzed by the federal agency. Respondents were given the ability to specify whether they were in opposite- or same-sex relationships, significantly improving the data collected on same-sex couples.

In previous surveys, respondents could only identify themselves as a spouse or an unmarried partner (sometimes referred to as cohabiting couple) when asked what their relationship was to the householder (person who rents or owns a home and whose name is on the deed/lease), noted the agency.

Overall, the survey found about 292,000 children had parents living with a same-sex partner or spouse. Two-thirds (66.3%) were children of both partners or spouses, compared with 95.7% of children living with opposite-sex couples.

In 2019, same-sex married couples accounted for just 1.0% of married-couple households in the United States. This small share is partly due to fewer same-sex relationships overall, explained the agency, which are also low among unmarried partners (5.1%).

The census bureau surmised the poverty rates might be impacted by whether couples have children. Some 38.0% of opposite-sex married-couple households had their own children under the age of 18 living with them, while approximately 9.3% of male and 26.5% of female same-sex married-couple households had their children living with them, according to the survey data.


To read more about the income data for same-sex households, click here.

For further information about the child-rearing data, click here.