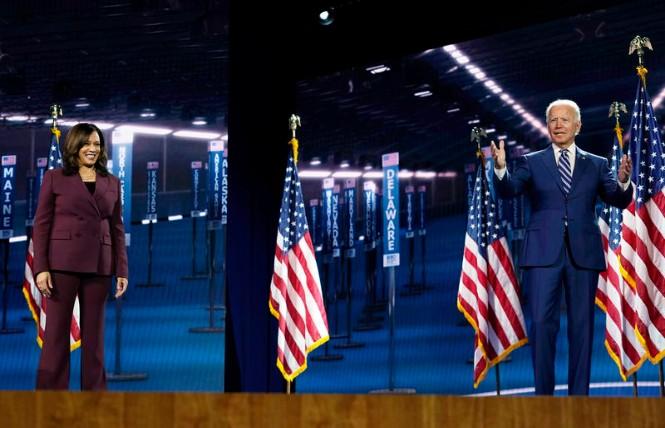 Since President Bill Clinton's time in office during the 1990s, the LGBTQ Victory Fund has worked on seeing qualified LGBTQ applicants be hired by the administration of every occupant of the White House, whether they were Democrats or Republicans.

At first it was an unofficial effort, with the advocacy group working behind the scenes with one of its founders, former Clinton adviser David Mixner. Its first major success came in 1993, when lesbian former San Francisco supervisor Roberta Achtenberg became the first openly LGBTQ presidential appointee to a Senate-confirmed position. She served as an assistant secretary of the Department of Housing and Urban Development.

By the election of Barack Obama in 2008, the push to see LGBTQ people serving in the administration had become more formalized under the auspices of the LGBTQ Victory Institute, the nonpartisan educational arm of the nonprofit. The Obama administration hired more than 300 LGBTQ people to various positions.

It was the "most ever in the history of the country," noted Ruben J. Gonzales, a gay man who has been the vice president of the LGBTQ Victory Institute since 2016.

There has been less success during the first term of President Donald Trump, who despite his protestations of being the "best ever" when it comes to LGBTQ rights has overseen an administration that has chipped away at numerous legal and policy wins the LGBTQ community had gained under his predecessor. A particular target has been eroding the rights and protections for transgender individuals.

"The reality is we had very few people approach us or submit resumes for joining the Trump administration," Gonzales acknowledged during a recent phone interview with the Bay Area Reporter.

The most high profile LGBTQ appointee in the Trump administration has been former German ambassador Richard Grenell, a gay man who briefly this year served as the acting director of national intelligence. As such, Grenell has the distinction of being the first LGBTQ person to serve in a cabinet-level position.

"Several gay men have served as ambassadors," noted Gonzales. "But there has never been an out woman or LGBT person of color or transgender ambassador."

It is hoping to change that fact in the next presidential administration. In August, the LGBTQ Victory Institute teamed with a coalition of 31 organizations to launch the Presidential Appointments Initiative for whoever wins the November 3 election.

And it has upped the ante in terms of what it wants to achieve during the next presidential administration. In addition to seeing a more diverse class of LGBTQ ambassadors, the initiative is seeking to see the first ever appointment of a Senate-confirmed openly LGBTQ cabinet member and the nomination of an openly LGBTQ U.S. Supreme Court justice.

"We want someone there who is Senate approved and serves for a much longer duration," said Gonzales. "That way they have the full weight of the office behind them."

As for picking someone to fill a vacancy on the court, Gonzales noted, "We feel like, after 240 years, it is time for our community to be represented on the highest court."

Trump has already caused controversy within LGBTQ legal circles with the list of 20 people he says he would consider appointing to the court. In addition to Republican Senators Ted Cruz of Texas and Tom Cotton of Arkansas, the list released September 9 includes 5th U.S. Circuit Court of Appeals Judges Kyle Duncan and James Ho, as well as 9th U.S. Circuit Court of Appeals Judge Lawrence Van Dyke, all of whom are "some of the most anti-LGBTQ activists sitting on the bench today," noted Lambda Legal Defense and Education Fund.

"Today, the Trump administration released a new list of dangerous, ultra-conservative ideologues as potential nominees for the highest court in the land," stated Sharon McGowan, Lambda's legal director and chief strategy officer. "This list is teeming with individuals who have alarming anti-LGBTQ and anti-civil rights records, which should be disqualifying for any judicial nominee, let alone a nominee for the Supreme Court."

In announcing his list of potential court nominees, Trump noted, "In the recent past, many of our most treasured freedoms, including religious liberty, free speech, and the right to keep and bear arms, have been saved by a single vote on the United States Supreme Court."

With polls indicating that former vice president Joe Biden and his Democratic running mate, Senator Kamala Harris of California, the frontrunners in this year's presidential contest, interest in the appointments initiative has elicited a strong response. Nearly 300 people have already submitted their resumes to be considered, said Gonzales.

"We had less than 20 applications submitted during the first years of the Trump administration," he said. "There is much more enthusiasm and interest in working in a future administration than in this current administration."

He attributed it to the fact that LGBTQ people skew more Democratic, the Democratic Party is more attuned to ensuring diverse representation, and a desire among applicants to undo the rollback of LGBTQ rights that has taken place during the Trump administration. Already the Biden-Harris campaign has signaled its willingness to name LGBTQ people to important positions, with Karine Jean-Pierre, a Black lesbian immigrant, tapped as Harris' chief of staff and gay former presidential candidate Pete Buttigieg named to its transition team.

"We understand our work can only be as successful as the administration wants to work with Victory. We have not seen a lot from the Trump administration in wanting to increase the number of LGBTQ people in their administration," said Gonzales.

Nonetheless, Gonzales said the initiative had consulted with at least three LGBTQ officials in the Trump administration about the appointment effort. He declined to name any of the 20 people who served in current or past administrations that provided input and advice to the initiative as the conversations were off the record.

He did disclose that Grenell was not consulted but that leaders of the Log Cabin Republicans were, though the organization itself is not affiliated or backing the appointments effort. The groups officially signed on to the appointments initiative include the Equality Federation, the Human Rights Campaign, Lambda Legal, the National Center for Lesbian Rights, and the Transgender Law Center.

"Presidential appointees have tremendous influence over the policies and direction of federal agencies and the executive branch, so it is essential LGBTQ people are included both in high-level positions and throughout the next administration," stated LGBTQ Victory Institute President & CEO Annise Parker in announcing its launch last month. "There is an LGBTQ person qualified to fill nearly every position in the next administration and this coalition is determined to help them navigate a complex appointments process to ensure we are well represented."

Those interested in serving in the next presidential administration should apply for a position directly with Biden's transition team or Trump's White House, should he be reelected, emphasized Gonzales. But by also submitting their resume via the appointments initiative, they can tap into the support and connections of the 31 groups involved in it.

"We can help guide them through the process, as it can be cumbersome joining an administration," said Gonzales. "We are excited to make this the most LGBTQ represented administration in history. We are encouraging anyone interested to apply and submit their information."