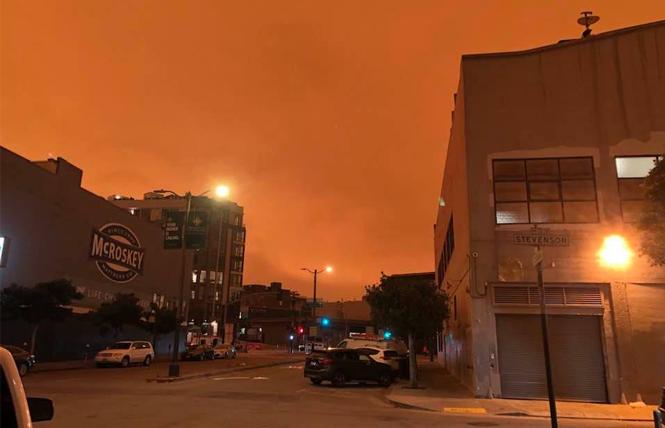 Mayor London Breed commented on the unusual scene on Twitter.

"I know people are concerned by the orange sky we all woke up to this morning. The cause is a combination of fog and smoke from wildfires up and down the West Coast," she wrote.

She also posted a video to her Facebook page explaining the cause behind the orange glow in the sky. 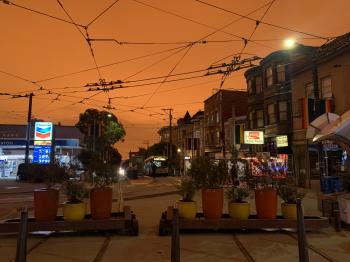 The Castro was also aglow Wednesday. Smoke has covered the city and the Bay Area for weeks following a rare lighting storm in mid-August that sparked several major fires to the north, east and south of San Francisco.

The Creek Fire burning in the Sierra National Forest east of Fresno had consumed 163,138 acres and was 0% contained as of Wednesday. But the three major fires that have been burning for the last two weeks in the Bay Area were near total containment.

The LNU Lightning Complex fire that had led to the evacuation of the LGBTQ resort area of Guerneville in Sonoma County and includes the Hennessey fire in Solano County, was 91% contained. It has engulfed 375,209 acres.

The SCU Lightning Complex Fire burning in Santa Clara and Stanislaus counties has consumed 396,624 acres and is 95% contained. And the CZU August Lightning Complex fire that has torn through 86,509 acres in the Santa Cruz Mountains was 83% contained as of Wednesday.

To check the air quality and the latest safety alerts from city officials, visit https://www.sf72.org.