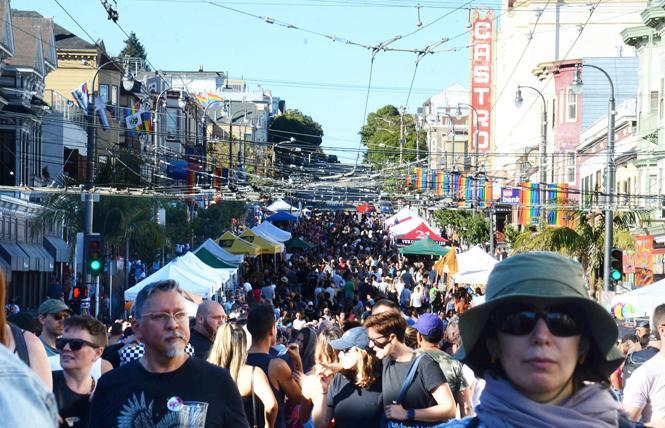 The Castro Street Fair will not take place in person as usual this year due to COVID-19, according to remarks made by Fred Lopez, a member of the fair's board of directors, at an August 6 virtual meeting of the Castro Merchants association.

What specific "ways in which to highlight the Castro" will be shared "in the coming months," Lopez said.

The fair would have been held October 4.

Lopez and Jenn Meyer, the president of the fair's board of directors, did not immediately respond to a request for follow-up comment about whether there will be a virtual component and when specifically to expect to hear more.

As the Bay Area Reporter previously reported, last year's Castro Street Fair expanded to Market Street for the first time in several years. It has taken place in person every year since 1974, when it was founded by Harvey Milk, several years before he went on to become the first gay person elected to office in San Francisco and California when he won a seat on the Board of Supervisors in 1977. He and former mayor George Moscone were assassinated in 1978.