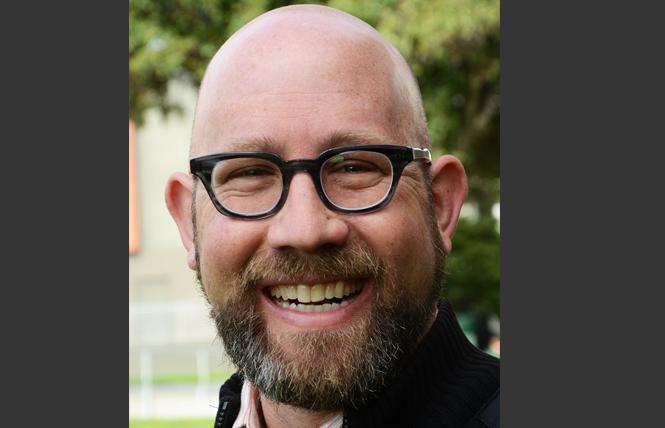 Supervisor Rafael Mandelman's ordinance to lift restrictions on bathhouse operations passed its final vote at the Board of Supervisors Tuesday and now heads to Mayor London Breed. Photo: Rick Gerharter

Lifting restrictions on gay bathhouse operations is now in the hands of Mayor London Breed, as San Francisco supervisors voted unanimously Tuesday to send her an ordinance that would allow for such businesses to return to the city after the coronavirus outbreak subsides.

A spokesman for the mayor told the Bay Area Reporter that she would sign it once it reaches her desk. The Department of Public Health will have until January 1 to update the restrictions on adult sex venues the city had placed on the businesses in the mid-1980s during the height of the AIDS epidemic. The rules required such establishments to not have private rooms with locked doors and to monitor the sex of patrons.

The vote by the board was expected, as the supervisors had initially passed it last week. Because it is an ordinance, introduced by gay District 8 Supervisor Rafael Mandelman, it needed a second vote before being sent to the mayor for her signature.

"In the midst of the current COVID-19 pandemic, we are reminded that our best public policy decisions will be driven by data, science, and facts, not by panic or political pressure," stated Mandelman following Tuesday's board vote. "The closure of the bathhouses in San Francisco, and the decades-long perpetuation of policies requiring invasive patron monitoring and the ban on private rooms, have no scientific justification today."

The decision follows the closures this month of The Watergarden in San Jose, which had been one of only two remaining gay bathhouses operating in the Bay Area, and Blow Buddies, which had been one of San Francisco's last two adult gay sex clubs. To date, there have been no announcements of a gay bathhouse operator wanting to open in San Francisco.

The owners of the remaining gay sex club in the city, Eros in the Castro, had told the Bay Area Reporter earlier this year they were unlikely to add locked, private rooms to their location. Eros is currently closed with a message on a website alerting patrons that it is likely to remain closed until August "with the possibility of an extension."

In recent decades, as new prevention tools and medications helped slow the spread of HIV, gay men have argued the restrictions were homophobic remnants from a different time that no longer made sense. Yet it wasn't until this year that city health officials dropped their insistence the rules should be kept in place.

Their change in opinion was driven by such advancements in HIV prevention like PrEP, the once-a-day pill that prevents the transmission of HIV, and people living with HIV with undetectable HIV viral loads unlikely to transmit the virus to their sexual partners. As the B.A.R. has previously noted, the medical interventions have helped spur significant reductions in the transmission of HIV within San Francisco, dropping to below 200 cases annually in 2018.

"Bathhouses symbolize freedom for many in the queer community, and the ability for them to once again operate in San Francisco represents the tremendous advances our city has made in ending HIV transmissions," stated San Francisco AIDS Foundation CEO Joe Hollendoner. "Whether it be breakthroughs like PrEP or U=U, members of our community now have more prevention options than when bathhouses were closed, and it is time for these outdated restrictions to be revised."

He thanked Mandelman "for his leadership on this ordinance, and look forward to working with the health department to ensure that bathhouses are a safe place to experience sexual liberation."