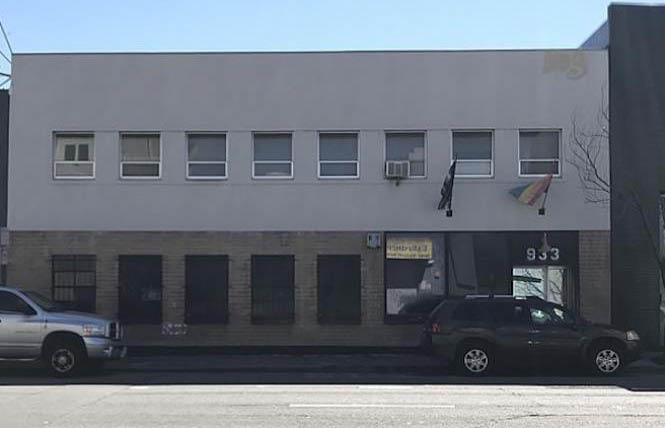 San Francisco supervisors voted to lift restrictions on gay bathhouse operations Tuesday, days after one of the city's two adult gay sex clubs announced it was closing for good due to the coronavirus outbreak.

In a post on its website Blow Buddies announced that "sadly" it would not reopen its South of Market location when the coronavirus outbreak subsides. Like other adult sex venues in the city, it was forced to close in mid-March when city officials ordered non-essential businesses to cease their operations in response to the virus.

"We tried many ways to figure out a path to return and were unsuccessful. We appreciate the willingness of the LEATHER & LGBTQ cultural district and our landlord to explore options with us," read the business's note. "It was a good run ... August 8, 1988 to March 15, 2020. We are sad to see this chapter close. We thank our many members for their support over all those years. The club was created in response to one virus and done in by another."

The decision followed the news that The Watergarden in San Jose, one of the two remaining gay bathhouses operating in the Bay Area, had also decided to permanently close its doors. It had been in operation for 43 years but also saw no way to survive the current health crisis.

Steamworks Baths in Berkeley, which is in Alameda County, is now the lone gay bathhouse left in the Bay Area. It too was forced to close its doors in mid-March due to the virus response and continues to state on its website that it hopes "to have you back once the worst of this Outbreak is over."

Eros in the Castro district, the last gay sex club now remaining in San Francisco, states on its website it is likely to remain closed until August "with the possibility of an extension."

With a recent spike in both coronavirus cases and hospitalizations across California, it is uncertain when adult sex venues would be allowed to reopen. Their doing so this year looks extremely unlikely as the virus has been shown to easily spread within indoor spaces.

SF bathhouse vote
In the meantime, the city's Board of Supervisors Tuesday unanimously voted to remove restrictions that the city had placed on adult sex venues in the mid-1980s during the height of the AIDS epidemic. The rules required such establishments not to have private rooms with locked doors and to monitor the sex of patrons. 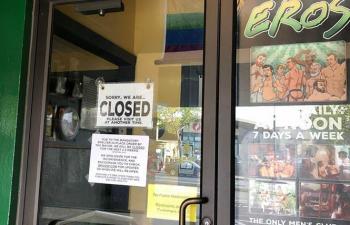 In recent decades, as new prevention tools and medications helped slow the spread of HIV, gay men have argued the restrictions were homophobic remnants from a different time that no longer made sense. Yet city health officials remained resolute in the need to keep the rules in place.

Their stance changed this year, when for the first time the city's public health department told the Bay Area Reporter it would not object to seeing gay bathhouses reopen with private rooms patrons could lock. Officials pointed to such advancements in HIV prevention like PrEP, the once-a-day pill that prevents the transmission of HIV if taken as prescribed, and people living with HIV with undetectable HIV viral loads unlikely to transmit the virus to their sexual partners, as behind their change in stance.

It opened the door for gay District 8 Supervisor Rafael Mandelman to introduce an ordinance to update the city's health codes regarding adult sex venues. The Department of Public Health will have until January 1, once the ordinance is officially adopted. The supervisors have to vote a second time to pass it before it is sent to Mayor London Breed to sign.

As Mandelman stressed when the ordinance was taken up in committee earlier this month, the new rules "will not require or allow the reopening of adult sex venues in San Francisco before it is safe to do so as part of our COVID-19 reopening." What it does do, he explained, "is allow for adult sex venues to be part of our economic and cultural recovery when it is safe to do so."

The San Francisco AIDS Foundation strongly backed the ordinance, as it saw it as helping to facilitate its work to empower and educate men who have sex with men and provide them services in "community centered spaces," explained Joshua O'Neal, the agency's director of sexual health.

"Clearly, that is what the bathhouses are all about," he told the B.A.R. in a recent phone interview. "A bathhouse is a community-centered place that allows for the sexual education that none of us as queer people get."

O'Neal added that the city should not be requiring staff of adult sex venues to serve as sex police of the businesses' patrons.

Not everyone agrees. Colin Gallagher, a gay resident of the city, sent the supervisors a letter objecting to the rule changes for sex venues.

"I find it incomprehensible that the board would consider proposed changes would facilitate the transmission of COVID-19, let alone HIV, through sex venues in the city. There is an epidemic of crystal meth use in the lgbt community," he wrote. "Facilitating the use of meth and other controlled substances inside sex venues by curtailing the ability of public health authorities to mandate reasonable limits on locked doors within those venues is simply unwise." 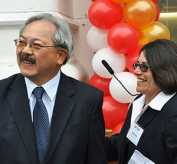