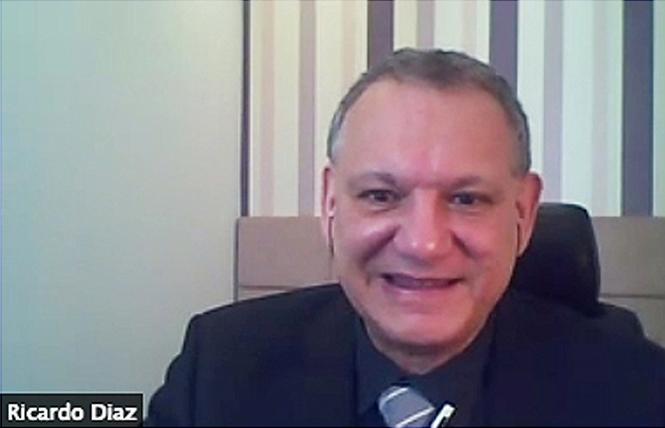 A man in Brazil man who was treated with an intensive experimental regimen has no evidence of remaining HIV after more than 15 months off antiretroviral therapy, researchers reported Tuesday at the 23rd International AIDS Conference.

AIDS 2020 was supposed to have been jointly hosted by San Francisco and Oakland this week, but was switched to a virtual format due to the COVID-19 crisis.

Experts cautioned that this is only a single individual — four others treated with the same combination did not achieve long-term remission — and the findings do not suggest that people with HIV should try the experimental medications on their own at this time.

"It's important not to over-interpret this," Dr. Steven Deeks of UCSF told the Bay Area Reporter. "It's a single case, and we know that some people can achieve what appears to be remission with antiretroviral drugs alone. Still, it's highly unusual for a person with chronic infection to go on antiretroviral drugs, stop treatment, and have this degree of post-treatment control of the virus."

Pathways to HIV remission
The only two people thought to be cured of HIV — Timothy Ray Brown, also known as the Berlin Patient, and Adam Castillejo in London — received bone marrow transplants to treat leukemia or lymphoma from a donor with a rare genetic mutation that makes T cells resistant to the virus. Before the transplants, they received chemotherapy to kill off their cancerous immune cells, allowing the donor stem cells to rebuild a new HIV-resistant immune system.

However, this procedure is far too risky for people who do not need a bone marrow transplant to treat advanced cancer, and it is too expensive to be scaled up to cure the millions of people living with HIV worldwide.

As reported Tuesday by Dr. Ricardo Diaz of the University of São Paulo, the 35-year-old Brazilian man was diagnosed with HIV and started standard three-drug antiretroviral treatment in 2012.

In 2015, with an undetectable viral load, he joined a clinical trial to test whether various intensified regimens could help reduce the viral reservoir — the hidden pool of latent HIV in resting T cells. This inactive HIV is not susceptible to antiretrovirals, but if these drugs are stopped, the virus can start reproducing again.

The research team added two more antiretrovirals — the integrase inhibitor dolutegravir and the entry inhibitor maraviroc — to his current regimen along with nicotinamide, a form of niacin (vitamin B3). Nicotinamide, available as an inexpensive oral supplement, appears to fight HIV by multiple mechanisms, including boosting immune responses and preventing T cells from going into a resting state that can harbor latent HIV.

While taking the intensified regimen, the man had two low-level viral load "blips," but he otherwise maintained viral suppression. After 48 weeks, he went back to his prior three-drug combination and continued to have an undetectable viral load.

In March 2019, the man started a closely monitored analytic treatment interruption, during which virus levels in his blood were measured every three months. His last test, on June 22 of this year, showed that he had maintained an undetectable viral load for more than 65 weeks off treatment.

HIV DNA in the man's gut biopsy samples also declined while he was on the intensified regimen, but further analysis of his gut tissue, lymph nodes, and other sites was put on hold as COVID-19 disrupted health services in Brazil.

Along with virus levels, the man's HIV antibody levels also declined while he was on the experimental regimen and continued to fall after he resumed standard therapy. The presence of antibodies indicates that, despite treatment, there is still enough virus present to stimulate ongoing antibody production. During the treatment interruption he maintained a very low antibody level —low enough that a rapid antibody test became negative.

Speaking at a press briefing, conference co-chair Dr. Anton Pozniak of Chelsea and Westminster Hospital in London recalled that researchers have heard about numerous other potential HIV cures before, but so far these have mostly ended in disappointment.

Deeks stressed that people with HIV should not start taking nicotinamide or niacin, which can causes side effects including uncomfortable flushing, dizziness, itching, and nausea at high doses.

"I would certainly encourage people to not jump on this," he said. "This may not be real and it could actually cause harm. I would not encourage anyone to run out to the local health food store and get this drug."