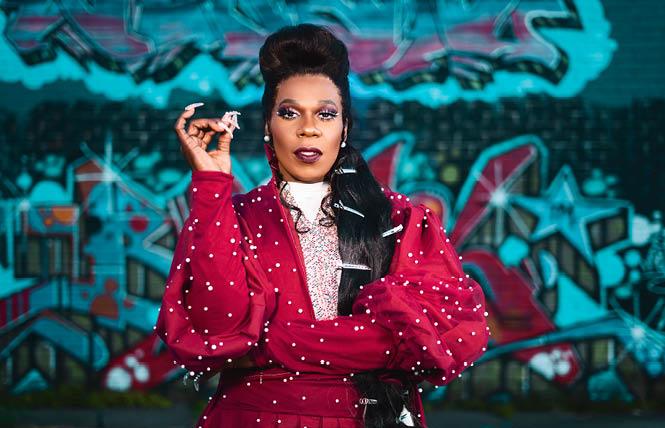 The San Francisco LGBT Pride Celebration Committee has started rolling out announcements of entertainers who will be involved in its virtual programming on June 27-28 — even as it and similar organizations nationwide begin to face renewed questions about police participation and black visibility in the context of an inflection point in American race relations.

As the Bay Area Reporter previously reported, the performances on Saturday and Sunday of Pride weekend that, absent the novel coronavirus outbreak, would occur in downtown San Francisco's Civic Center Plaza, have been moved onto SF Pride's website.

(Further, in lieu of the parade that would normally occur, KBCW-TV will air a three-hour retrospective titled "Pride 50: Generations of Hope" June 28.) 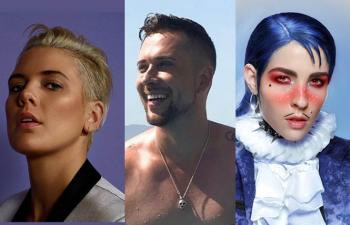 None were made available to the Bay Area Reporter for comment for this story as it was under embargo.

Carolyn Wysinger, a lesbian who is the president of the San Francisco LGBT Pride Celebration Committee board of directors, and Fred Lopez, a gay man who is the executive director of the organization, spoke with the B.A.R. via phone June 11.

"We are able to announce the first wave of entertainers in our online celebration," Lopez said. "Over the last couple weeks, not only Pride but organizations all over the nation are re-evaluating their messages and tone, and so our online celebration is in flux. We are trying to center black voices and also (queer and trans people of color) on our virtual stage.

"Further announcements will be made further on," Lopez added.

According to a news release, more than 13 hours of programming will be streamed through www.sfpride.org as the nation's largest gathering of the LGBTQ+ community and allies goes online for the first time.

Additional programming will include speeches from LGBTQ+ elected officials and thought leaders, highlights of the accomplishments of Pride's 2020 community grand marshals and honorees, conversations, reflections on 50 years of the Pride movement, and more.

'Stonewall was a defense of black bodies'
Two recurring themes that have haunted the Pride organizations both in San Francisco elsewhere in recent years are issues surrounding police participation and the visibility of trans people and people of color, particularly black people.

Pride is the annual commemoration of the anniversary of the Stonewall riots, when in June 1969, LGBTs fought the New York City Police Department when officers conducted a then-routine raid at the Stonewall Inn in Manhattan's Greenwich Village.

At the time the Stonewall Inn was a hangout for the people most excluded from other spaces both in the LGBT community and society writ large - sex workers, drag queens, gender-nonconforming and trans people, and the homeless.

On the one-year anniversary of the riots - 50 years ago this year - protests were held in major cities such as New York, San Francisco, and Los Angeles that became the forerunners to today's Pride celebrations. In the years since, activists have said Pride has strayed too far from its roots in protest and rebellion, and has too often focused on white, gay, cisgender men at the expense of other people in the LGBT community.

Activists have also questioned whether it is appropriate for police to participate in the annual festivities. In Sacramento, uniformed police were initially disinvited from participation in that city's 2019 Pride, but they were invited back after the police created an LGBTQ liaison and an LGBT community advocacy committee, according to the Sacramento Bee.

The same month, protesters blocking the San Francisco parade in protest of police participation were detained by police.

In the aftermath of those arrests, San Francisco Police Chief William Scott issued a formal apology to the LGBTQ community for historic misconduct and abuse at an event held at Glide Memorial Church in the Tenderloin.

As the B.A.R. previously reported, earlier this year, the SF Pride board of directors voted not to ban the Alameda County Sheriff's Office from the parade.

Since the Alameda County Sheriff's Office had not participated in years past - and its exclusion was proposed in unison with a proposal to ban Facebook, Google, and its affiliates - Wysinger, who is black, accused advocates of the proposal of using long-standing issues of police brutality toward black people for attention. (The sheriff's office was included in the activists' proposal because of deputies' role in carrying out an eviction of homeless moms with Moms 4 Housing from a vacant West Oakland home they occupied.)

"Righteous indignation doesn't move the needle toward equity," Wysinger said at the time. "I cannot stand here and allow you to co-opt black pain and black trauma."

In Thursday's phone call, Wysinger and Lopez said that having a year without a parade will allow the Pride organization to reassess its priorities.

"I'll be honest - being an African American leader of a Pride organization, we got all these questions about 'Is Pride canceled?' or 'Is Pride postponed?' It shows the chasm in our community about what Pride means," Wysinger said. "You don't have to pivot to centering black lives if you're already doing it. ... Oftentimes, black lives don't really get highlighted until they are dead."

Lopez said SF Pride's leaders are discussing the issue often and that there is an ongoing reassessment, though he did not want to state anything definitive about continued police participation in Pride, or what other changes will be made going forward.

"What we faced with COVID-19 is that canceling the in-person parade has forced us to evaluate how we do what we do and how we evaluate our relationships, as challenging as that is," Lopez said. "We do see changes coming down the pike for future Pride events. We need time after this month to drill down and see what that might look like."

The San Francisco Police Department is not participating in this year's virtual events, Wysinger said.

Neither the SFPD nor Tony Montoya, a gay man who is president of the San Francisco Police Officers Association, responded to a request for comment by press time.

After this article was initially published online, Officer Michael Petuya, the vice president of the San Francisco Police Officers Pride Alliance, emailed the B.A.R. stating that "no one from SF Pride has contacted SFPD or the Pride Alliance to be involved" in the 2020 virtual events.

"In regards to marching in the Pride parade, if there was one this year, the SFPD and Pride Alliance contingent would have been proudly marching in support," Petuya stated in a June 12 email. "We acknowledge that there is a faction in the community that does not want police in Pride; we would love the opportunity to speak with these groups and reiterate the importance of our group being in the parade.

"When we wear our uniform in the parade, it is not just LGBTQ officers walking in solidarity and support of our community, but it is our way of saying as San Francisco police officers, we stand against racism, bigotry and homophobia, and that we are a progressive department that supports change and supports all our communities," he added.

"It can be traumatizing for folks to see people with guns and Tasers and batons march down a parade," San Diego Pride Executive Director Fernando Lopez told San Diego's ABC-TV affiliate. "Now, someone who's black can't take off their skin. A law enforcement officer can take off their uniform. They are a whole human being. If they want to take off their uniform and march with a peace flag or Latinx community ... if the police chief wants to not wear his uniform next to me next year, I'd be happy to have him walk next to me next year."

Nicole Murray Ramirez, a longtime leader in the San Diego LGBT community, took to Facebook to blast that decision.

"For SAN DIEGO PRIDE to disinvite and not welcome the participation of our allies and supporters is absolutely not in the Spirit of PRIDE.....and as a co-founder of our first SAN DIEGO PRIDE in 1964.....I respectfully ask the PRIDE BOARD OF DIRECTORS to support the continued participation of our MAYOR....POLICE CHIEF...SHERIFF...DISTRICT ATTORNEY....CITY ATTORNEY," Ramirez stated.

Delay in SF announcement
Lopez said that SF Pride waited to make the announcements about performers to give space for protesters over the killing of George Floyd to be heard. Floyd was laid to rest earlier this week. He died after a now former Minneapolis police officer knelt on his neck for more than eight minutes. That officer and three others have been charged in the case.

"Now we're at a point to talk about what we've been planning, but that is always in flux and it's best to be flexible. Pride 50 is an achievement and deserving of marking," Lopez said. "We want to have a moment of celebration, as well."

When asked if she had anything to add, Wysinger brought the message home that "Stonewall was a defense of black bodies."

Updated, 6/15/20: This article was updated to include comments from the SF Police Officers Pride Alliance.