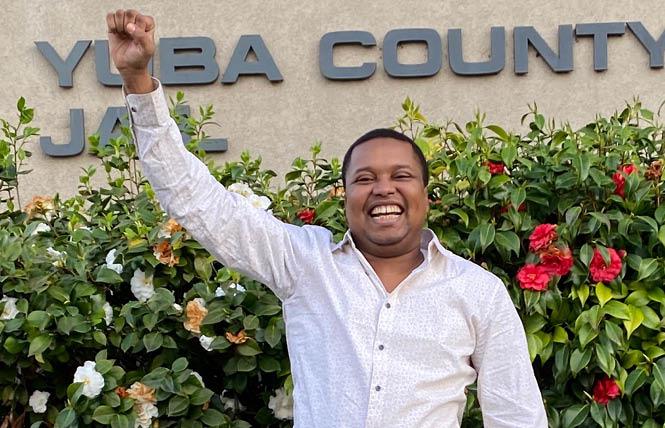 A gay San Francisco man in United States Immigration and Customs Enforcement custody has been released following the payment of $10,000 bond.

The move from ICE came because it was recently discovered that Oumar Yaide, 32 (known in court documents as Abderman Yaide), was diagnosed with Type 2 diabetes, which puts him at heightened risk for contracting COVID-19 (the illness caused by the novel coronavirus), and heightened risk of an adverse outcome should he contract the disease, which has killed tens of thousands of Americans in recent weeks.

Yaide's friend Hayley Kay set up a GoFundMe page to raise money for the bond, which had to be paid in full, unlike in criminal case proceedings.

Kay said that the GoFundMe was initially a fund to help Yaide get re-established upon release and had to be re-tooled into a bond fund. She said that the news was "bittersweet."

"On the one hand, I'm elated and I'm happy, but I'm also frustrated they are asking for a $10,000 bond when other inmates are getting released because of COVID-19," Kay said in an April 16 phone call with the Bay Area Reporter, before Yaide was released.

Edwin Carmona-Cruz of Pangea Legal Services told the B.A.R. in an April 16 phone call that he was "confident" the money would be raised. It was and Yaide was released the following day.

Carmona-Cruz wrote to the B.A.R. April 21 that the $10,000 was raised through "a combination of donations from 24 hours of fundraising on GoFundMe, donations that came in via Venmo, direct donations from community members, as well as some money saved from previous fundraisers that Oumar's chosen family had raised."

Carmona-Cruz said that Yaide's release showcases the power of community organizing and activism.

Yaide has been in Yuba County Jail near Sacramento since early March, when he returned to the United States from Chad. Breyer had ruled that ICE deported Yaide to Chad illegally and was obligated to return him.

"Oumar is a constituent of mine from the Mission District, and we are thrilled that after months of legal limbo, he will finally be returning home," Ronen stated in an email to the B.A.R. "This is a testament to the relentless advocacy of his closest friends, the immigrant rights groups who diligently monitored his case, and the broader community of supporters who worked for months to bring Oumar home where he is safe and supported." 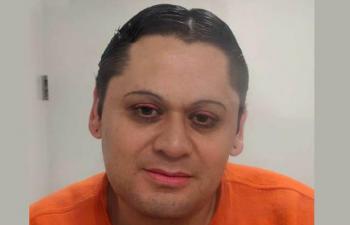 Trans asylum seeker still in custody
Another LGBT asylum seeker — a trans woman being detained by ICE in Texas — will be released from custody upon payment of a $10,000 bond.

However, an online fundraiser to pay the bond has only raised $855 of the total as of press time.

As the B.A.R. previously reported, Lexis Hernandez Avilez, 41, is being defended in court by the San Francisco Public Defender's office.