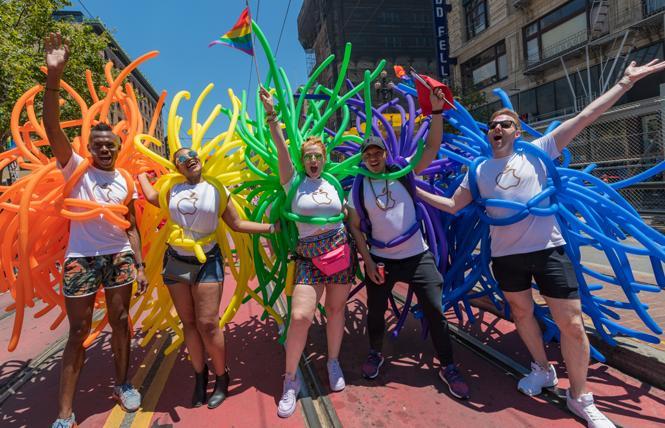 While the novel coronavirus outbreak has shut down much of American life in the past month, causing thousands of events to be canceled or postponed nationwide, the 50th annual San Francisco Pride parade and festival is slated to proceed as scheduled June 27-28.

"Right now, we are still processing requests and permits past the period of shelter-at-home," Nick Chapman, a manager with the San Francisco Municipal Transportation Agency (which deals with the street closures associated with SF Pride and other major civic events), told the Bay Area Reporter by phone April 3. "But everyone is aware the situation could change; new orders could come into play."

The shelter-in-place orders in seven Bay Area counties (including San Francisco), designed to halt the spread of the new coronavirus, are currently scheduled to remain in place through May 3. An order to the same effect applicable to the entire state, from the desk of Governor Gavin Newsom, has no expiration date.

"Honestly, it is hard to imagine Pride coming together in its traditional form less than three months from now," gay District 8 Supervisor Rafael Mandelman told the B.A.R. April 3. "Ultimately, public health will dictate whether and in what form this year's Pride celebration can occur."

Nicky "Tita Aida" Calma, one of the organizers of the Trans March, which traditionally takes place the Friday of Pride weekend, stated that there will be a meeting this week to discuss next steps.

As the B.A.R. previously reported, Pride celebrations have been postponed in Los Angeles, Long Beach, and Santa Cruz. Sonoma County canceled its event. New York City Pride, which is scheduled for the same dates as its San Francisco counterpart, was slated to go on as scheduled at press time. New York City currently has the largest novel coronavirus outbreak in the United States.

Lopez had previously said the situation would be clear "by about mid-April." But some want a decision now.

Ken Jones, who had been the first African American chair of SF Pride's board of directors, wrote in a Facebook post that he would be "very disappointed if it came to that," in terms of postponing the Pride parade, but added that the board members "will debate the issue more fully."