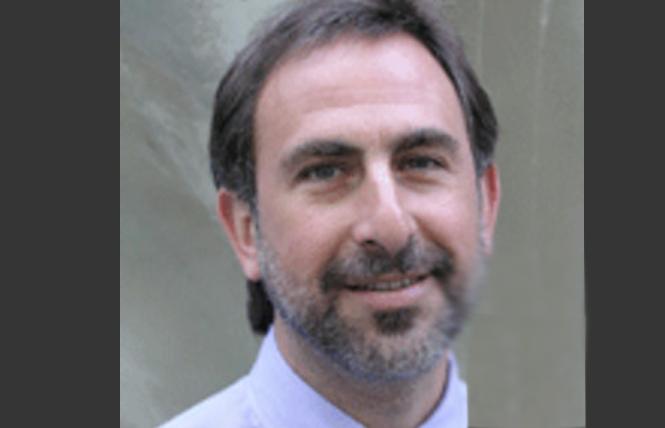 A San Francisco physician well-known for his decades-long work conducting clinical HIV drug trials told the Bay Area Reporter Wednesday that he is seeing encouraging results from an FDA-approved fast track trial he is overseeing that uses an experimental HIV drug as a treatment for COVID-19, the illness caused by the novel coronavirus.

Dr. Jacob Lalezari, better known as "Dr. Jay," said that so far, 10 patients are using the drug Leronlimab, or Pro 140, to fight COVID-19 and that early data is showing promising results. So far researchers have been able to look at data from four critically ill COVID-19 patients.

"We saw clinical benefits in three of the four," Lalezari said, noting that this represents a vast improvement on similar intubated patients in China, 90% of whom died. Lalezari added that Leronlimab would likely show even better results when patients were administered the drug early, before they needed ventilators.

Lalezari explained that it's not the COVID-19 disease itself that kills, but the body's immune response to it.

"At the end of the day, it's the inflammation that is killing people," the researcher said.

Leronlimab works by targeting the CCR5 receptors on white blood cells. The drug has been shown to help people with HIV because that virus uses CCR5 receptors to enter healthy cells. Lalezari explained that during the bubonic plague in the 14th century, the people who had a mutated form of the receptor known as CCR5-delta 32 were immune to plague, which wiped out 60% of the European population. As a likely legacy of the so-called Black Death, about 1% of Northern Europeans still have that mutation that makes them immune to HIV.

Lalezari said that doctors treating COVID-19 patients can request the use of Leronlimab by applying to the U.S. Food and Drug Administration for its EMERGENCY use as treatment for COVID-19.

Lalezari noted that the drug has been shown to be safe, with no known side effects, and is currently being used by 750 people with HIV and a dozen women as a treatment for breast cancer. He said that COVID-19 patients can be treated in as little as two weeks, receiving injections once a week.

Leronlimab is produced by the Vancouver-based pharmaceutical company CytoDyn. Last month, CytoDyn named Lalezari as interim chief medical officer to oversee its COVID-19 trials. Since 1997, Lalezari has been CEO and clinical director of Quest Clinical Research in San Francisco.

Updated 4/1 20: This story has been updated to clarify how doctors can obtain the subject drug.