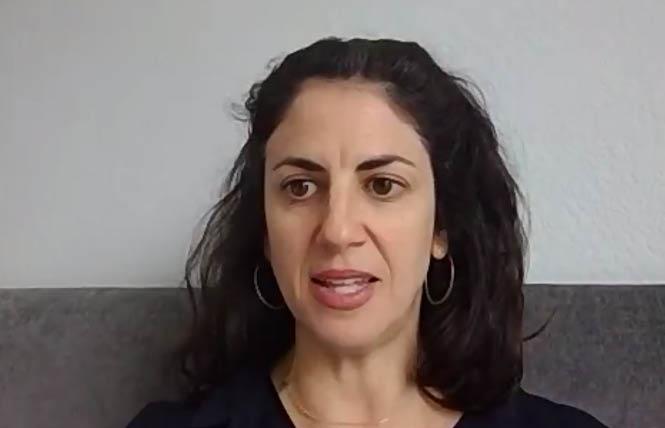 Five San Francisco supervisors announced plans during a virtual news conference Monday to house homeless people and first responders in the city's thousands of vacant hotel rooms as government officials ramp up efforts to slow the spread of the novel coronavirus.

"The status quo right now is completely unacceptable," District 6 Supervisor Matt Haney said. "The common sense solution here is to work with our hotels to make sure homeless people each have a room."

There were about 8,000 homeless people in San Francisco at the time of the most recent citywide count in 2019.

But people living on the street aren't the only people who will need to move to a different housing model — the supervisors also cited first responders, those in shelters, and people living in single-room-occupancy hotels as those who may need to temporarily go to any one of San Francisco's vacant hotel rooms.

"Imagine trying to do social distancing in a shelter with people in need and people sleeping on mats on the floor," District 5 Supervisor Dean Preston said. "It's virtually impossible."

The supervisors, who as the Bay Area Reporter previously reported are among a group seeking new legislation to have the city fund measures from loans to small businesses to paid leave to lessen the financial impact of the coronavirus outbreak, plan to introduce a resolution March 24 to provide money so that the city can reserve hotel rooms en masse for populations in need of them.

District 9 Supervisor Hillary Ronen said that the idea came following last week's Board of Supervisors meeting, when it became clear to them that proposals to have people congregate in shelters were not optimal in a pandemic situation.

"We had to work together to create an alternative plan," Ronen said.

The supervisors said that after inquiring with people in the hotel business, local hotels have already offered a total of about 8,500 rooms, up from 3,500 units on March 17. Of those, 6,247 have independent heating, ventilation, and air conditioning units, Ronen said, and people who need to be quarantined due to having COVID-19 (the disease caused by the novel coronavirus) would be prioritized for those.

According to Ronen, the San Francisco Department of Public Health said that it would use the 8,500 rooms for first responders and homeless people who are in risk groups for COVID-19 — those who have underlying health conditions or are elderly.

But Ronen said that the city should make enough hotel reservations so that everyone can be in self-isolation.

"To house all the populations we're talking about, we can't stop there," Ronen said. "We need as many (hotel rooms) as are needed to shelter who we are talking about."

As of now there are no plans to legally compel hotels to hand over rooms to the city, according to Preston.

In addition to Ronen, Haney, and Preston, Supervisors Shamann Walton and Aaron Peskin also back the resolution; Peskin was unable to be on the news conference.

Preston formally announced a deal March 25 when he stated that dozens of residents from two district shelters would be staying at an unnamed hotel.

Gay District 8 Supervisor Rafael Mandelman was not on the internet news conference and said he had not yet seen the resolution.

"Every elected official gets to figure out how to be most of value in this crisis," Mandelman said in a phone interview with the B.A.R. March 23. "Primarily the response has to be from the mayor and public health officials."

'More of everything'
When asked about expanding the criteria for housing unsheltered people at a news conference later March 23, Mayor London Breed said, "Let me be clear: we need more of everything.

The mayor said the city is reaching out to more hotels.

"We're talking about over 8,000 hotel rooms, we're talking about employees who are union employees, and working with those hotels, making sure we're dealing with insurance issues, making sure we have security guards on every floor to make sure people actually stay in their rooms," she said. "We are only going to communicate what we can deliver on."

The mayor's office announced March 10 that the city would provide temporary housing for people who need to be quarantined — but not hospitalized — after contracting COVID-19.

"Temporary isolation housing will include recreational vehicles (RVs), which have been leased and will be staged in the Presidio," a March 10 news release stated. "The RVs will be placed in various secure locations throughout the city as needed. The city is also in the process of identifying additional locations for auxiliary quarantine housing, including unoccupied residential property."

That housing would be available to people who "do not have access to adequate shelter due to homelessness or shared living arrangements. Shared-living situations include SROs, shelters, and permanent supportive housing," according to the release.

On March 24, a city spokeswoman wrote in an email that none of the temporary RV housing has been utilized yet.

As of 9 a.m. March 25, the Department of Public Health announced there were 178 positive cases of COVID-19 in San Francisco and one death. But public officials have cautioned against relying too much on positive case counts as an indicator of the situation because of a national shortage of tests.

As previously reported, as of the night of March 19, California is under a statewide stay-at-home order issued by Governor Gavin Newsom. It is similar to county health orders in San Francisco and the rest of the Bay Area requiring residents to shelter in place and practice social distancing (staying at least six feet away from other people). Non-essential businesses are closed.

To avoid COVID-19, SF DPH is advising people to wash their hands with soap and water for at least 20 seconds, avoid touching their faces, cover their coughs and sneezes, try alternatives to the handshake, and stay home as much as possible.

Updated:3/25/20:This article was updated to include response from the mayor's office, and the Hotel Council of San Francisco and new SF figures.