Gay asylum seeker in ICE custody after returning to US 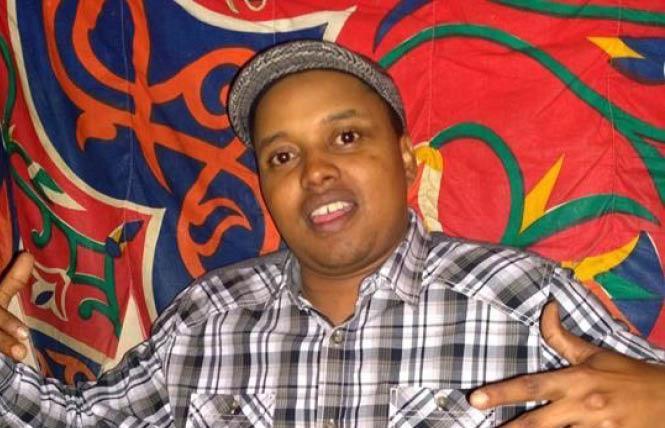 Oumar Yaide is back in the U.S., but is in ICE custody in Yuba County. Photo: Courtesy Pangea Legal Services

The gay San Francisco man who a federal judge ruled was erroneously deported to Chad last year has returned to the United States, but is in Immigration and Customs Enforcement custody, his attorney's office told the Bay Area Reporter.

Edwin Carmona-Cruz of Pangea Legal Services said that Oumar Yaide, 32, is currently at the Yuba County Jail near Sacramento. He arrived in the U.S. the morning of March 1, first flying into Washington, D.C., then to San Francisco International Airport.

As the Bay Area Reporter This text will be the linkpreviously reported>, Yaide had been expected to return February 29, but there were "issues with the travel documents he received," Carmona-Cruz said, and the flight back had to be rescheduled.

On December 18, Judge Charles Breyer of the U.S. District Court for the Northern District of California ruled that Yaide had to be returned by DHS.

Carmona-Cruz, who spoke with the B.A.R. by phone March 2, said that Yaide's attorneys filed a request with the U.S. Department of Homeland Security early Monday requesting Yaide be released on his own recognizance.

Attached to the request for discretion are copies of a San Francisco Board of Supervisors resolution calling for Yaide to be returned to the U.S., a copy of a cover letter sent to Senator Dianne Feinstein (D-California) with a petition with tens of thousands of signatures calling for DHS to return Yaide, and a copy of a letter from Feinstein calling on DHS to return Yaide.

"They can release anyone at any time," Carmona-Cruz said. "Oumar is a great candidate to be released."

Carmona-Cruz said February 28 that Yaide's attorney's office was in touch with the offices of Democratic Senators Kamala Harris and Feinstein, as well as House Speaker Nancy Pelosi (D-San Francisco) on the situation. On March 2 he said that they were "making calls to DHS to grant our request," and urged members of the public to call DHS as well.

When contacted with a request for comment on the afternoon of March 2, ICE spokesperson Paige D. Hughes issued the following statement to the B.A.R. via email: "As a matter of policy, U.S. Immigration and Customs Enforcement does not comment on pending litigation," it reads.

"As part of the Department of Homeland Security's homeland security mission, our trained law enforcement professionals adhere to the department's mission and values, and uphold our laws while continuing to provide the nation with safety and security," the statement continued.

Harris' office did not respond to a request for comment at press time.

Updated, 3/2/20: This story was updated to include from ICE.