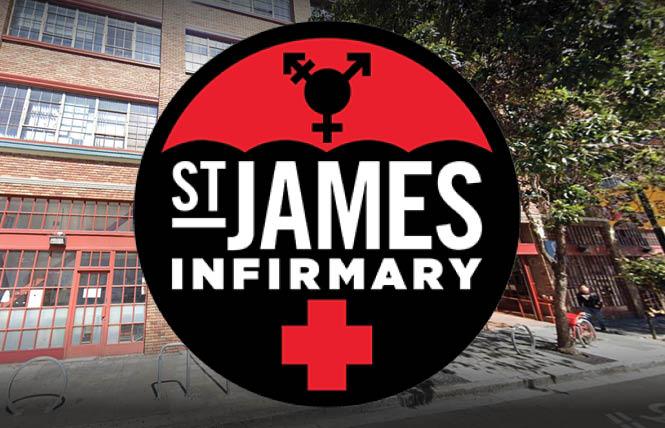 St. James Infirmary representatives will not say who is running the organization after the departure of former executive director Toni Newman.

After the abrupt exit of Toni Newman as executive director of St. James Infirmary last month, no one associated with the nonprofit is willing to say who is running the agency on an interim basis.

Newman, a trans woman who became executive director of the health clinic that serves sex workers and others nearly two years ago, announced February 25 that she was stepping down immediately to relocate to Southern California At the time, she said she did not know who would be leading the agency.

The Bay Area Reporter spoke with St. James' former board chair Patsy Chan February 27. (Chan is listed on St. James' website as the current board chair but Chan told the B.A.R. that she is board chair emeritus.) Chan mentioned that Anita O'Shea, also known as DJ Durt, has "stepped up to the plate" following Newman's departure, but did not confirm that O'Shea is interim executive director.

"We have a deputy director who has stepped up to the plate. Her name is Anita," Chan said. (O'Shea is the only person named Anita on the nonprofit's online staff list.) "Everyone is working furiously to make a plan to move forward. Some directors have been coming in regularly so we can move forward from this."

Chan did say that the board knew of Newman's plans before she announced them publicly but hung up before she could answer more questions.

Other representatives of St. James Infirmary have declined to comment on who the interim executive director is.

In a phone call with the B.A.R. February 27, a representative of St. James Infirmary would not confirm or deny if O'Shea is in charge after the B.A.R. called.

The B.A.R. received no response at a phone number and at an email address associated with O'Shea.

A representative of St. James Infirmary shut its doors on a B.A.R. reporter March 2 after first denying, then confirming, that there was an interim executive director.

Clair Farley, the director of the San Francisco Office of Transgender Initiatives, wrote in an email to the B.A.R. February 28 that "my understanding is Durt O'Shea is the deputy director and is supporting folks." Farley said that O'Shea prefers the name Durt.

O'Shea has been working at St. James Infirmary since 2012, according to her LinkedIn page. Before that she was an administrative assistant at UCSF.

Her LinkedIn page also says she works as a DJ.

Last fall, St. James was awarded a $2.3 million two-year case management contract from the city as part of the trans housing subsidy program. Larkin Street Youth Services is distributing most of the funds. St. James has hired some additional staff to complete the intake process for subsidy applicants.